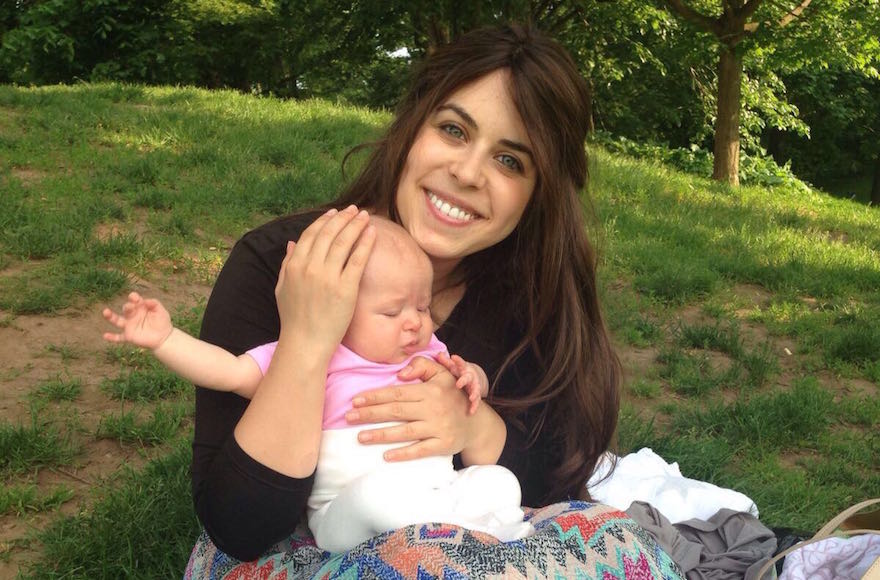 NEW YORK (JTA) — First there was “Tinder for bras.” Now there’s a Yelp for sheitels, the wigs worn by many married Orthodox Jewish women.

ShayTell may be the first-ever online customer review site for wigs. It’s certainly the most cleverly named.

And if you’ve never considered the demand for such a site, consider this: When was the last time you bought, say, a computer, without knowing a thing about its quality, components and warranty?

That’s a predicament facing many observant Jewish women, says ShayTell’s founder, Myriam Schottenstein. After all, some wear sheitels every day, and the wigs typically cost from $1,000 to $4,500, she says (that’s not a typo).

“There are so few resources available on this huge purchase,” she says. “It’s really discouraging.”

So Schottenstein, a self-described “review junkie” who purchased her first sheitel when she married two years ago, set about to change that. Backed by her brother, “serial entrepreneur” David Schottenstein, ShayTell launched in the spring.

“My aim is to provide more transparency, accountability and really bring more clarity to this,” she says.

Traditionally, sheitels are a word-of-mouth purchase: Women rely on the advice and experiences of their friends and family before seeking the services of a local vendor.

“There’s no centralized information,” says the 28-year-old Brooklyn resident, noting that most manufacturers don’t have functional websites. “I think people mean well, but there’s a lot of secrecy in the industry.”

Some of these mysteries include: Where does the hair come from? Was it processed? Was it dyed, or can it be dyed in the future? What kind of warranty does the sheitel have, and what services are included?

This lack of reliable information about quality wigs comes at a stressful time: Engagements in many traditional communities tend to be short, and suddenly, amid all the planning and upheaval, women go from knowing nothing about sheitels to finding themselves “thinking about baby hairs,” Schottenstein quips — small, wispy bits sewn around the forehead and temples to make the wig appear more natural.

“The process is unnecessarily difficult,” she says of sheitel shopping. “I want to make it as easy as possible.”

On the ShayTell site, users can specify a price range and see an array of wigs by various manufacturers, and read reviews by other users. “I Love my Barbara” wig, according to one review. “Color is gorgeous … hair feels great and looks natural.”

Another reviewer was less enthusiastic.

“Within a few months I had split ends everywhere and the wig just feels dry and straw like,” she writes.

The practice of women covering their hair varies widely from Orthodox community to community, ranging from full wigs to headscarves to hats and fascinators. In general, however, observant Jewish women cover their hair for modesty reasons, creating a zone of privacy that can only be shared by married partners.

That doesn’t mean the intent is to make married women unattractive. As one Chabad website for women explains, “even if her wig looks so real as to be mistaken for natural hair, she knows that no one is looking at the real her. She has created a private space, and only she decides who to let into that space.”

A woman’s hair can be “protected” with a beautiful, natural-looking wig — and hence the serious shekels many Jewish women spend to purchase a wig that looks just so.

“You want to get the best quality hair — that’s not a commodity that’s so available,” Schottenstein says, explaining the high prices. “What other product do you get that comes from a human body part?”

Since ShayTell’s soft launch at the end of March, the site has drawn more than 5,000 visitors over the past two months, and more than 65 companies are reviewed.

And Schottenstein plans to expand. She hopes to make ShayTell “a central place for all your sheitel needs” by creating a comprehensive directory for those in the sheitel business — everyone from vendors to stylists — as well as photo galleries for manufacturers. In addition, there will be a resale section for women to sell sheitels that didn’t work for them.

“Women should help other women with this leap in their life,” Schottenstein says.