‘Curb Your Enthusiasm’ to return for long-awaited 9th season 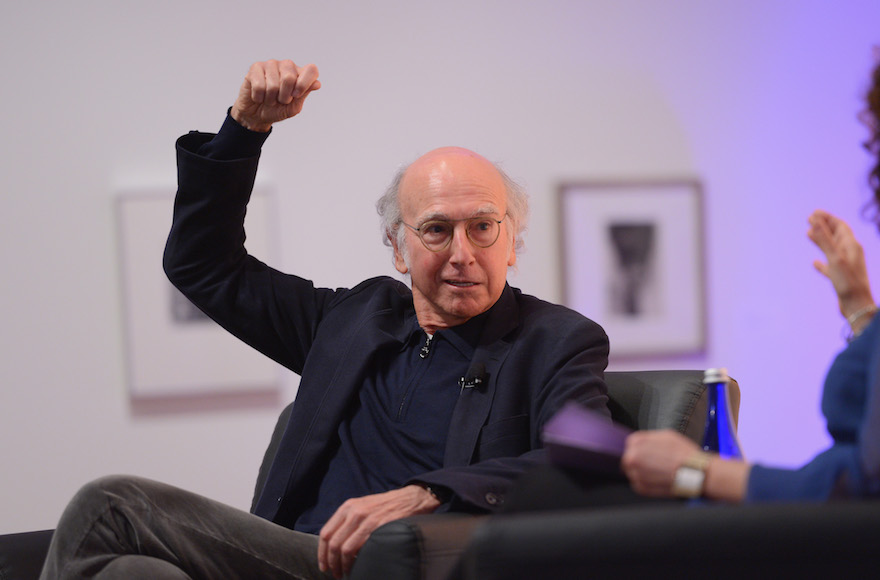 (JTA) — Larry David’s HBO series “Curb Your Enthusiasm” will return for a ninth season, ending a five-year wait by fans.

The network made the announcement Tuesday, but did not set a date for the start of the new season. The show went on hiatus in September 2011.

David hailed his comeback in a tone typical of his comedic shtick.

“In the immortal words of Julius Caesar, ‘I left, I did nothing, I returned,’” the “Seinfeld” co-creator said in the HBO statement.

“Curb Your Enthusiasm,” which debuted on HBO in 1999, has become the network’s longest-running show with 80 episodes over eight seasons. David, who writes and stars in the comedy, plays an exaggerated alter-ego version of himself.

David, who grew up in a Jewish family in Brooklyn, has had his fair share of Jewy moments on the show, from pretending to be Orthodox to deciding between Israeli and Palestinian food.

“We’re thrilled that Larry has decided to do a new season of ‘Curb’ and can’t wait to see what he has planned,” HBO’s new programming director, Casey Bloys, said in the statement.

Don’t believe David’s misquote of Caesar — he’s actually been quite busy. During his “Curb” sabbatical, he has written and starred in the Broadway play “Fish in the Dark” and made several appearances on “Saturday Night Live” imitating Jewish presidential candidate Sen. Bernie Sanders. In one sketch, David and Sanders appeared together as Jewish immigrants on a ship to the United States.

David’s last work for HBO was the 2013 film “Clear History.”