In ‘Stairway to Heaven’ lawsuit, a dead Jewish rocker is the star 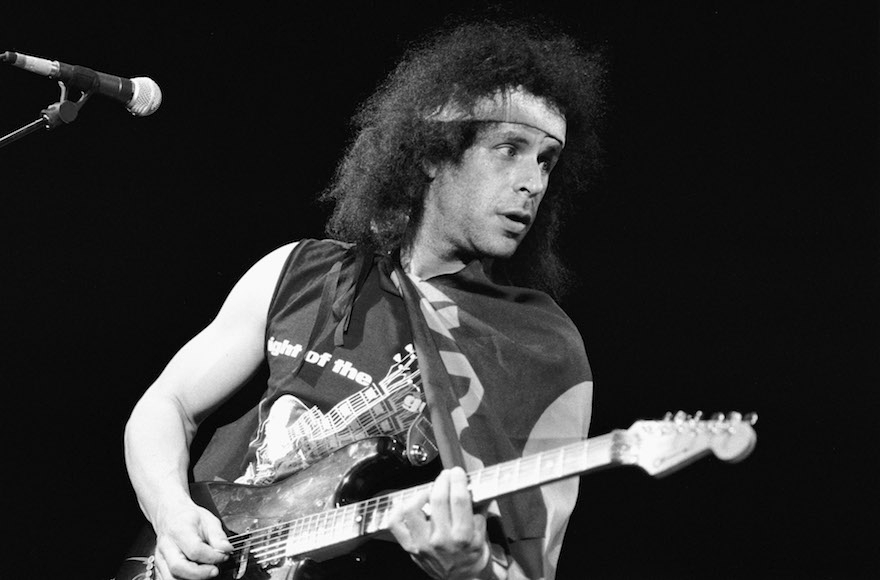 In 1968, a new British band called Led Zeppelin was opening for the American psychedelic rock group Spirit on a U.S. tour. The headliner was fronted by a Jewish 17-year-old named Randy Wolfe, aka Randy California.

How the case is decided could have implications for where the music industry draws the line between plagiarism and inspiration. Some money could also change hands. In the meantime, the high-profile trial is drawing new attention to Wolfe’s music.

If you ask members of his cult following, Wolfe is among the most under-appreciated guitarists of the classic rock era. Here then are some facts about him you should probably know.

He personally taught Page the intro to “Taurus,” according to court papers

Page asked Wolfe in 1969 to show him how to play the intro to “Taurus,” and Led Zeppelin’s members were fans of Spirit and went to see their shows, even beyond the bands’ first tour together in 1968, according to court documents.

Judge for yourself: The part of “Taurus” that Wolfe’s estate claims was used in “Stairway to Heaven” begins about 45 seconds into the video below.

“I’d say it was a rip-off,” Wolfe told Listener Magazine in 1997. “And the guys made millions of bucks on it and never said, ‘Thank you,’ never said, ‘Can we pay you some money for it?’ It’s kind of a sore point with me.”

He wrote a song titled “Jewish”

Wolfe arranged a rock version of the Jewish hymn “Hineh Mah Tovu Umanaim” complete with Hebrew words, guitar solos and tempo changes. The song was featured on Spirit’s second album, “The Family That Plays Together” in 1968.

Wolfe moved from Los Angeles to New York, where he met Hendrix when he was 15 years old. He played in one of Hendrix’s earliest bands, Jimmy James and the Blue Flames, and almost followed the soon-to-be guitar legend to England.

He died while saving his son from drowning

To celebrate the New Year in 1997, Wolfe and his 12-year-old son, Quinn, went swimming off the coast of Molokai, Hawaii. They were both caught up in a tidal wave, but Wolfe managed to push his son to safety before drowning. He was 45.

“I always feel Randy’s solos sounded like what I remember from temple,” Wolfe’s mother Bernice Pearl is quoted as saying in Scott R. Bernarde’s book “Stars of David: Rock ‘n’ Roll’s Jewish Stories.” “I told him that sometimes his guitar sounded like a cantor in synagogue.” 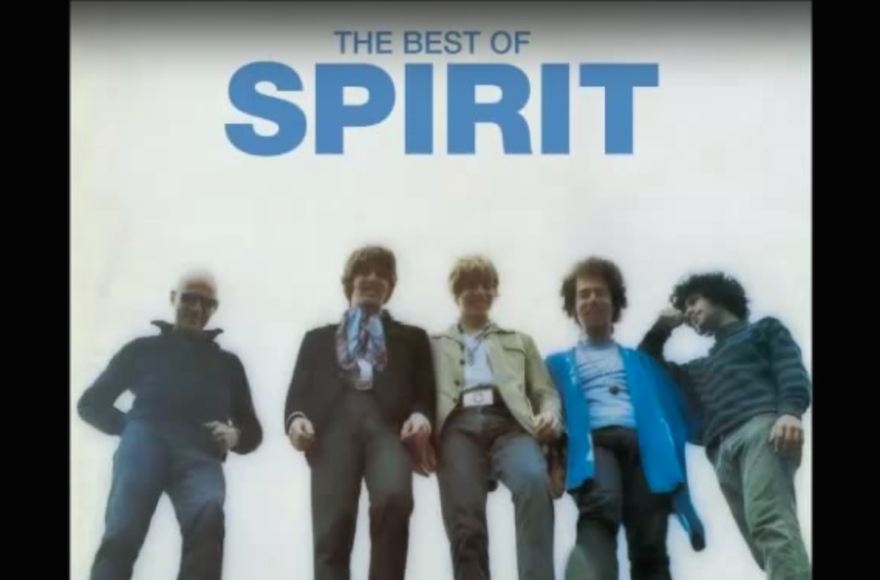 The cover of “The Best of Spirit” (Screenshot from YouTube)