Iran, the Holocaust, ‘Septembers of Shiraz’ — and me 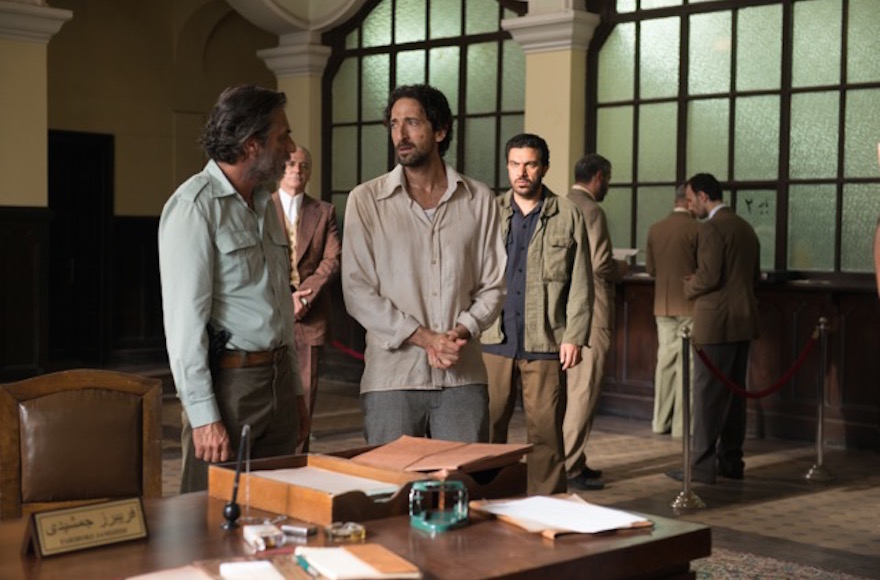 Adrien Brody stars as Isaac Amin, the patriarch of a wealthy Jewish family in Iran, who is arrested by the Revolutionary Guard and interrogated by Moshen (Alon Aboutboul) in "Septembers of Shiraz." (Courtesy of Momentum Pictures)
Advertisement

(JTA) — “Septembers of Shiraz” is a film about a prosperous Jewish family in Iran caught up in the aftermath of the 1979 revolution that overthrew the shah.

It’s based on Dalia Sofer’s well-received 2007 novel of the same name, which used her own family’s experiences as source material.

When the film debuted last year at the Toronto International Film Festival, the reviews were uniformly negative. One critic called it “a disappointing misfire.” (The movie officially opens a commercial run in New York and Los Angeles on June 24.)

Still, I wanted to see it. I’d spent a month in Iran before the revolution and found the country to be if not exactly Jew-friendly, at least Jew-tolerant. I was curious how the repercussions of the regime change, in which Jews and the Zionist entity became the enemy, would be portrayed.

Besides, I’d just sat through a screening of “Neighbors 2,” and as far as I was concerned, anything was a step up by comparison.

Frankly, I found “Septembers of Shiraz” far better than the early reviews, in part because it struck a familiar chord. The trajectory of its main characters reminded me of the few stories my survivor parents told me about their experiences in post-Anschluss Vienna. In fact, it’s sadly a similar story for any Jew who has lived in a land with an anti-Semitic government.

First, though, back to Iran in the early 1970s. I was an editor for a travel industry magazine, and an international aviation association was holding its convention in Tehran. We were going to put out a daily newsletter for the attendees, and I was sent on an advance trip to set things up.

I had no idea what to expect. I knew that Iranians were Persians, not Arabs. I knew that the shah, Mohammad Reza Pahlavi, was the main supplier of oil to Israel and had abolished restrictions on minority religions. Iran was a Muslim country and I was a Jew. But I actually wasn’t worried about that — after all, I was a guest of the government. So what concerned me? Iran was a totalitarian regime and not everyone gets my sense of humor. I could see the headline: “Travel Writer Jailed; Causes Cancellation of Convention.”

Thankfully, perhaps because the government was eager to make a positive impression on the international community, everything went much smoother than I had anticipated. The ministry I dealt with helped (i.e. allowed) me to set up a telex to communicate with New York during the meeting — I did say this was the early 1970s — and accepted my promise that the newsletter would have no political content.

Through my business dealings, I met Jews in unexpected places. A printer I worked with was Israeli. My taxi driver was Jewish; I discovered this when he exclaimed “oy vey” upon accidentally backing up into the fountain in my hotel’s courtyard.

But things had changed dramatically by the time “Septembers of Shiraz” takes place. It’s 1979 and Isaac Amin, played by Academy Award winner Adrien Brody, runs a successful jewelry business with his wife, Farnez (Salma Hayak-Pinault); their work is favored by the shah’s wife and her circle. The couple has a son, Parviz (Jamie Ward), and daughter, Shirin (Ariana Molkara).

When the film opens, family and friends are gathered for a bon voyage party for Parviz, who is attending a prestigious New York boarding school. The only sign anyone at the party is Jewish is that Isaac ends his toast with “L’chaim!” 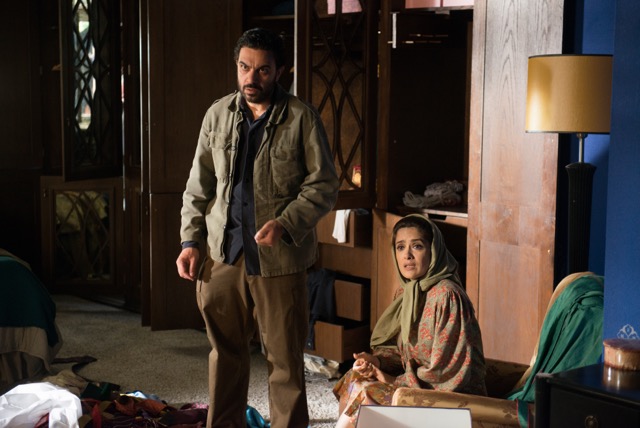 But some time later, members of the Revolutionary Guard blindfold Isaac and take him to a prison, where he is subject to interrogation from Mohsen (Israeli actor Alon Aboutboul). Isaac is accused of working with the Mossad and his wife is under suspicion for spreading propaganda.

“Our records show you visited Israel,” Mohsen tells him.

Yes, but only because he has relatives there. And, yes, his wife occasionally wrote articles, but they weren’t political in nature. Still, Isaac is tortured — first emotionally and then physically — but he has nothing to confess.

Despite occasional cliched dialogue — “I can smell your fear” — tension escalates as Mohsen ratchets up the pressure. Adding to the drama, Farnez does not know what happened to her husband; she is foiled at all attempts to find out. Revolutionary Guards invade her home, steal everything of value and destroy what is left, further increasing her sense of jeopardy.

The guards aren’t the only ones stealing from the Amins. Years earlier, the family had taken in poor street people: Habibeh (cinema’s go-to Muslim, Tehran-born Shohreh Aghdashloo, from “24,” “House of Sand and Fog”), who works as their maid, and her son, Morteza (Anthony Azizi). Despite the family’s generosity Morteza, using revolutionary fervor as an excuse, loots his employer’s office.

Ultimately, Isaac buys his freedom by emptying his bank account. He uses hidden gems to finance the family’s escape to Turkey.

Much in this film is praiseworthy — Brody, for one, who has done well playing Jews. He won the Oscar for his portrayal of Wladislaw Szpilman in Roman Polanski’s “The Pianist,” and was later nominated for an Emmy for the title role in the History channel’s “Houdini.”

Still, I think I understand the early critics’ negative reactions. Director Wayne Blair chose to focus his camera on the Amins — making us, like Farnez, oblivious to the larger picture.

One question seems to loom over the audience: Why didn’t the Amins leave Iran? After all, they had the resources; they must have known their future was bleak. I suspect that obvious question — and the film’s lack of an answer  — is what turned off reviewers.

But I’m pretty sure I know the answer: I think the Amins — like so many others — stayed put due to an ingrained sense of optimism, a belief that if you don’t mention a problem it will likely go away.

My parents, like many survivors, didn’t speak much about their experiences in the war. I foolishly never asked them about it. I did learn how torn they were about leaving their beloved Vienna because it meant leaving behind their parents — my grandparents.

Like the Amins, my parents sneaked over the border, to Switzerland. And, like the Amins, my father was stopped on his first try and returned to the authorities — but a sympathetic official let him go.

Eventually my parents settled in Basel and raised enough money to smuggle out their parents. But my grandparents didn’t want to go, saying they were old and the Nazis wouldn’t bother them. But of course they were wrong — my parents never saw them again.

Did my memories of Iran combined with my family’s history impact my appreciation of the film? Of course it did. In the closing credits, “Septembers of Shiraz” is dedicated to victims of persecution all over the world.

Do you have to be a victim — or be related to a victim — to enjoy the film, to appreciate its intensity? Probably not.