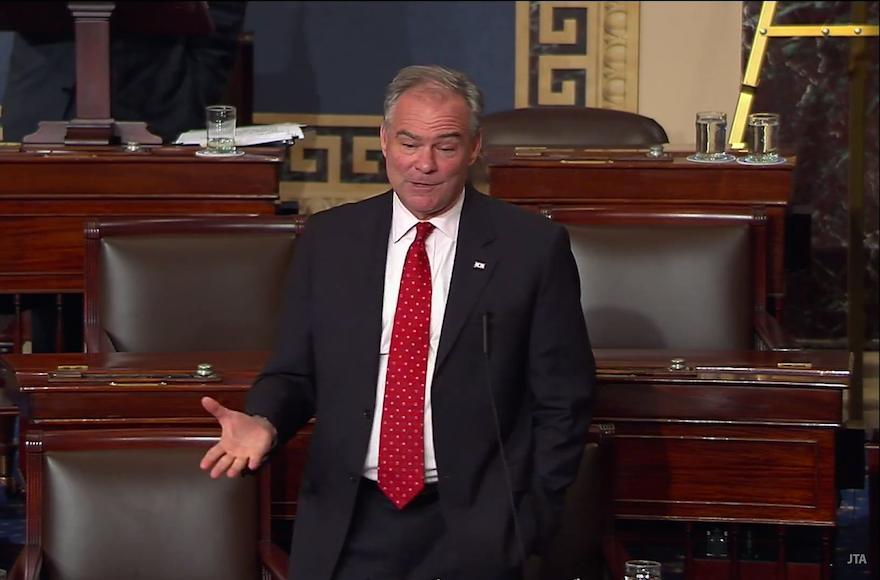 Tim Kaine speaking about Liviu Librescu, a Holocaust survivor and victim of the 2007 Virginia Tech shooting during a Democratic filibuster in the U.S. Senate in Washington, D.C., June 15, 2016. (Screenshot from YouTube)
Advertisement

In the 2007 Virginia Tech shooting, engineering professor Liviu Librescu, a Romania-born Israeli Holocaust survivor, died blocking the classroom door and shouting “hurry” as his students fled through a window.

Librescu, 76, was among 32 people killed in the mass shooting, the deadliest in U.S. history at the time. On Sunday, a gunman who swore allegiance to the Islamic State group massacred 49 people at a gay nightclub in Orlando.

Tim Kaine, in 2007 the governor of Virginia and and now its senator, is still haunted by Librescu’s murder and his heroism, and he attempted to make sense of it late Wednesday night.

Kaine spoke during a filibuster in the U.S Senate led by Democrats to bring to a vote measures that would ban people on the U.S. terrorist watch list from getting gun licenses and that would add background checks to guns purchased at gun shows and over the internet. 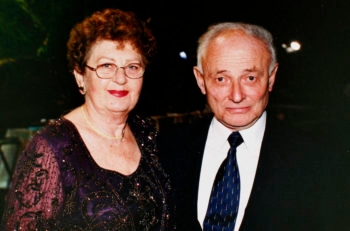 Liviu Librescu and his wife, Marlena Librescu, in an undated photograph (Librescu family via Getty Images)

For seven minutes of the 15 hours straight that Democrats spoke, Kaine addressed Sen. Chris Murphy, D-Conn., who led the filibuster and who is still haunted the 2012 Newtown massacre of 20 first-graders and six adults in his home state.

Kaine, at times pausing to maintain his composure, tackled a question that has anguished Jews throughout the post-Holocaust period: What are our choices in the face of evil?:

He chose to be a hero and he lost his life.

Would I do that? Would I stand in front of a door, and block it and take bullets and tell my students to get out of the window, would I do that?

I cannot honestly stand here and say that I would.

I can’t say that I would have the courage of Liviu Librescu. He was a hero. I cant say I’d be a hero.

But in this body we don’t have to be heroes, we just have to not be bystanders.

To cast a vote, that’s not heroic, to stand up and say, we can be safer tomorrow, we can protect people’s lives, that’s not heroic that’s just saying I will not be a bystander, and that’s all we have to do, stop being bystanders.