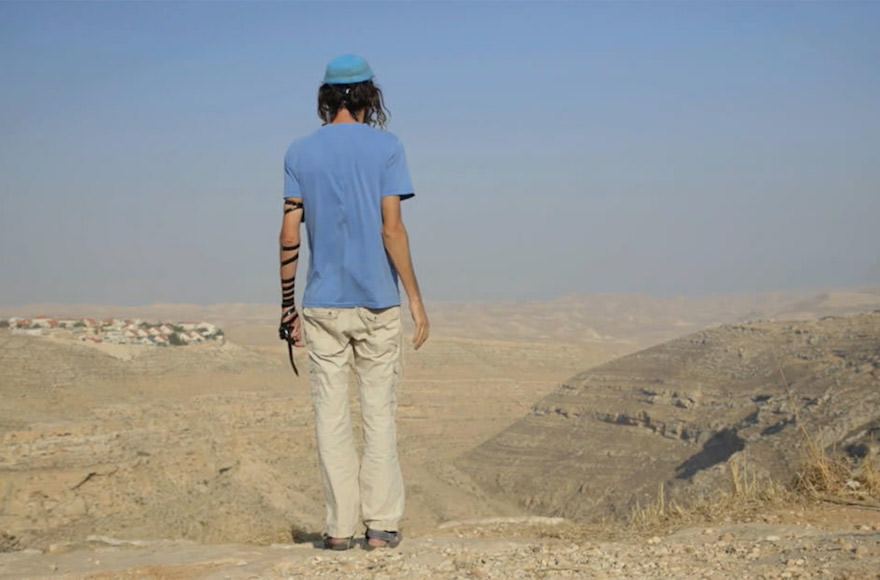 A still from "The Settlers," which premiered Jan. 22 at the Sundance Film Festival. (Courtesy photo)
Advertisement

On Sunday at its weekly meeting, the government approved a budgetary supplement that includes stipends for local councils in the West Bank and aid to improve security at public buildings. There are also allocations for small businesses, to develop tourism and for youth programming.

The assistance plan “involves the work of many ministries on behalf of the residents there,” Prime Minister Benjamin Netanyahu said.

Israel has faced an uptick in terror attacks, mostly stabbing attacks, in the past eight months.

A day before the vote, Ofer Newman, spokesman for the left-wing Zionist Union party, said in a Facebook post that the settlers “built swimming pools on the blood of children they murdered.”

“What kind of a twisted moral basis enables these people to stride along on a path toward the deaths of thousands of Israelis without anyone saying to them: ‘You have gone too far! You are lowly murderers. You belong in prison!'” he also said in the post.

Newman apologized on Sunday, saying the outburst was a result of seeing the new movie “The Settlers,” which focuses on the most extremist leaders of the settlement movement.

Zionist Union head Isaac Herzog rejected Newman’s remarks in a statement on Facebook, saying it was “very critical, very blunt, and very wrong, because it creates a generalization that I am unwilling to accept and uses imagery that we mustn’t use under any circumstances.”

“I meet with settlers nearly every day; the Labor Party encouraged and built part of the settlement enterprise, and even if we have criticism about the settler leadership, they are and always will be our brothers and part of our extended family. We have a profound, difficult ideological debate with the settler leadership and it will continue, but even in the middle of the debate, we will uphold their honor and do so respectfully.”