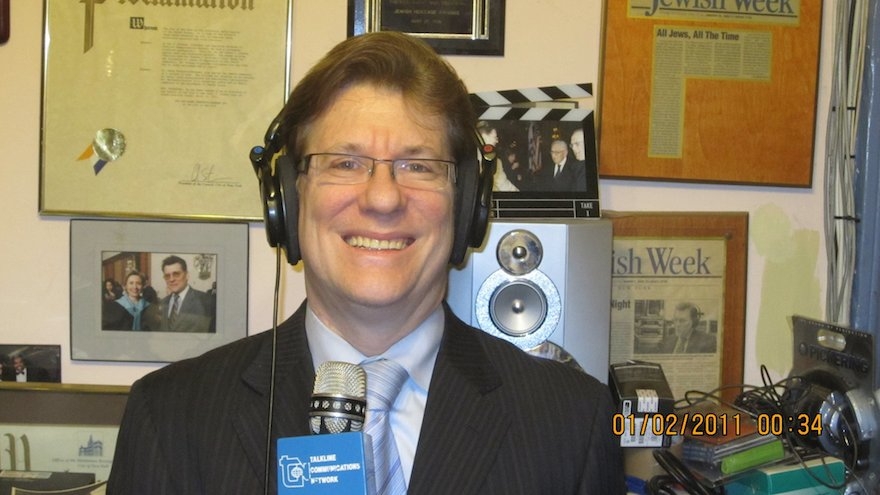 NEW YORK (JTA) — The host of a New York radio show that bills itself as “America’s premier Jewish program” was sentenced to one year of probation and a $2,500 fine for failing to file income tax returns.

Zev Brenner, the founder, president and executive producer of the 30-year-old Talkline Communications Network, as well as host of the program “Talkline with Zev Brenner,” was sentenced Tuesday in Brooklyn federal court, the New York Daily News reported.

Brenner, whose shows has featured interviews with President Bill Clinton and Israeli Prime Minister Benjamin Netanyahu, pleaded guilty in February to failing to file his 2009 tax return. But prosecutors said he also neglected to file tax returns from 2003 through 2011, according to the Daily News.

Brenner has already paid $63,764 to the IRS in restitution.

“I stand here humiliated and cognizant of my failing for which I take full responsibility,” Brenner said in court, according to the News.

Brenner’s attorney, Gordon Mehler, said the radio personality was “overwhelmed” by handling his tax issues and left it in the hands of an accountant who failed to file the returns.

“You are a responsible adult and you know you’re supposed to file tax returns every year,” Magistrate Judge Marilyn Go told Brenner in court, according to the News.

Brenner’s radio show often airs issues of importance to the Orthodox Jewish community, of which he is a member.

In March, the Journal News reported that Brenner’s show was used by federal investigators in a sting operation that led to the conviction of state Sen. Malcolm Smith and other New York elected officials in a corruption scandal. An FBI informer appeared on the show, which is aired on local stations in the New York area, under aliases in order to gain credibility with the politicians who were the targets of the probe.

According to his biography on the Talkline website, Brenner is a rabbi and lives in Manhattan. For the last three decades, the bio says, he has “devoted his creative energies toward expanding the vistas of the Jewish Community as well as to forging better ties between Jews and other ethnic groups.”

Brenner has been honored by numerous Jewish organizations, including the National Council of Young Israel and the International League for the Repatriation of Russian Jews.