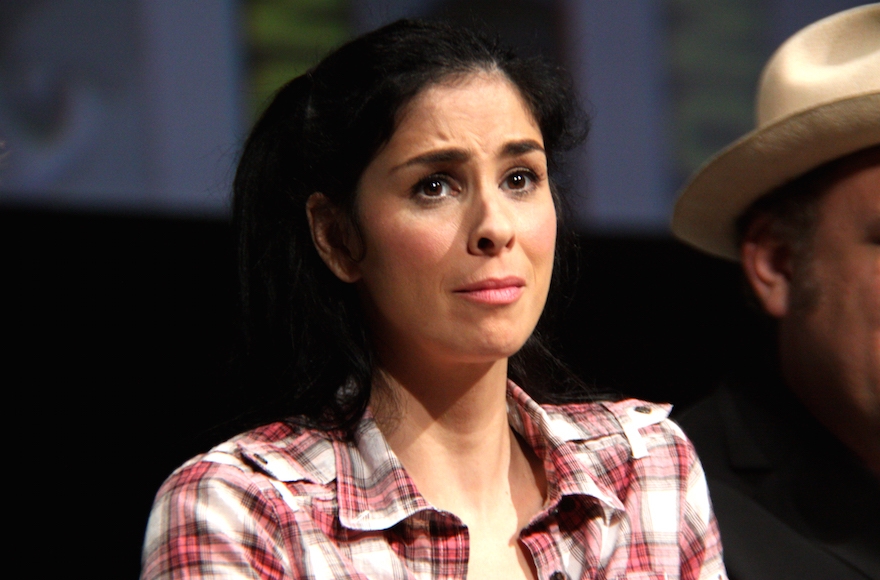 (JTA) — Former reality TV star Tila Tequila accused Sarah Silverman and the Jews of killing Jesus before saying the comedian was next on a “celebrity sacrifice” list.

Tequila, born Tila Nguyen, was responding on Monday to a fan’s suggestion that a Donald Trump presidency would bring Jesus back to life.

“Jesus will come back too just don’t tell the Jews about it,” Twitter user Kaiser Poopfist I tweeted at Tequila.

The former “A Shot at Love” star wrote back that Silverman and the Jews should be informed.

We should at least tell @SarahKSilverman since her and her (((People))) killed him. So glad I’m not on THAT team! https://t.co/JZ9c003r3h

The triple parentheses around “(((People)))” is known as the echo symbol, which is used by white supremacists and anti-Semites to identify Jews online. It was added to the Anti-Defamation League’s hate symbols database earlier this month after it appeared in a publicized anti-Semitic attack on Jewish New York Times editor Jonathan Weisman.

Silverman responded to Tequila’s attack in comedic fashion on Twitter.

As Raw Story reported, Tequila continued her rant by saying she would take vengeance on Silverman.

This is not the first time Tequila has expressed anti-Semitic views. In April, she claimed that she was the reincarnation of Adolf Hitler. Last year she was kicked off of the show “Celebrity Big Brother” for wearing a Nazi uniform.