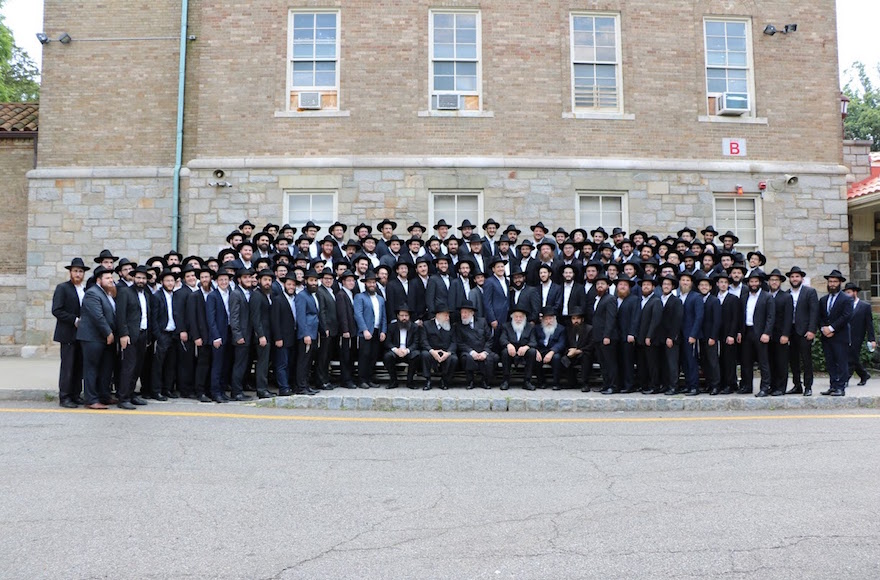 (JTA) — A group of 257 rabbinical school graduates gathered at the Chabad movement’s Rabbinical College of America in New Jersey to mark their ordinations.

The rabbis, who received their ordinations between 2012 and this year, took part in a celebratory ceremony on Sunday outside Morristown. This year’s cohort was slightly smaller than the record group of 280 that gathered in 2012.

Rabbi Israel Meir Lau, the former chief Ashkenazi rabbi of Israel and current chief rabbi of Tel Aviv, spoke on a panel to the Chabad graduates.

Spurred by the outreach efforts of its last rebbe, Menachem Mendel Schneerson, during the latter half of the 20th century, the Chabad-Lubavitch movement has grown into one of the largest in Hasidic Judaism. According to Chabad, there are now over 4,400 Chabad-affiliated rabbis stationed in 90 countries around the world.

Known for their outreach activities to secular and unaffiliated Jews, the Chabad rabbis and their wives often work as emissaries in far-flung communities with marginal Jewish infrastructure.