The ‘religionization’ of Israel is troubling, but the fears about it are hysterical 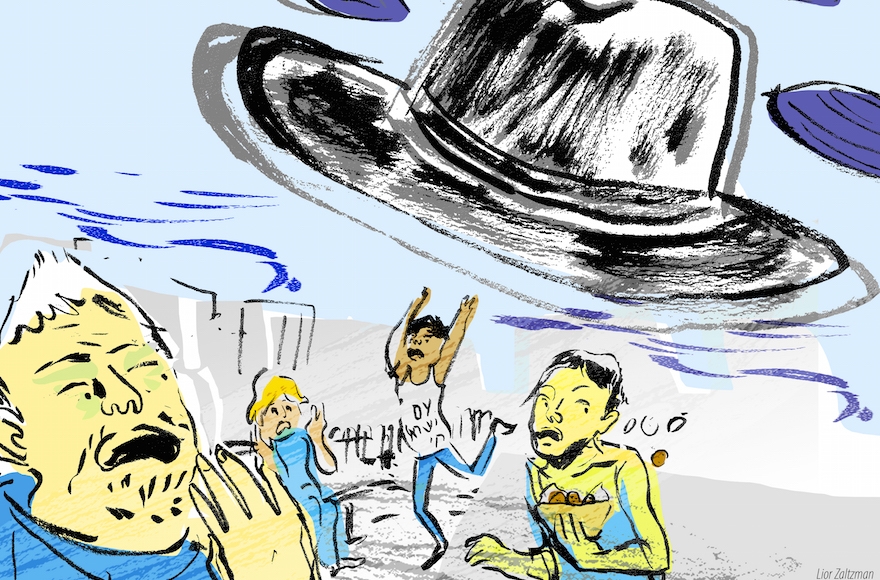 Headlines could convince a stranger that Israel is like a Hebrew-speaking version of Iran, Shuki Friedman writes. (Lior Zaltzman)
Advertisement

JERUSALEM (JTA) — Religionization! Religionization! To read the newspaper headlines in Israel, to view its documentary films and attend its expert panels with academics, a stranger might think that upon landing at Ben Gurion Airport, he or she will have arrived at nothing less than a Hebrew-speaking version of Iran.

According to those who fear for Israel’s Jewish and democratic future, religionization (“ha’datah” in Hebrew) is everywhere. Within Israel’s educational system, right-wing and religious ministers are infusing class curricula with religious content. The justice system in the country increasingly includes judges and other senior level officials who are religious, and are threatening, so it appears, to implement “Hebrew” law. Israel’s communications sector is suddenly being overrun by men wearing skull caps, who are bringing their worldviews and values from home to the workplace. The chief of police is religious as well. And at what point will the people’s army transform into God’s army?

In such an atmosphere, the use of any Jewish content in official government statements; any attempt by a religious person to stand up for her rights; the celebration of any Jewish holiday at any secular school anywhere, and every mention of God within the context of the Israel Defense Forces is more proof that religion is taking over our lives — that we are in the throes of a terrible process of religionization.

The reality, however, is clearly different from this perception. Tel Aviv is not Tehran. Neither is it Jerusalem. The IDF is fighting for the country and its people, not God. Israel’s educational system is not rediscovering religion en masse. And while the Israeli public is most certainly changing, it’s actually doing so in the direction of secularization. The status quo in the country between religion and state is long since dead. Commercial and leisure activities during the Sabbath are more widespread today than in the past and homosexual couples are receiving official recognition. All this in spite of the fact that for 30 years there has existed an ultra-religious veto, overtly or covertly, within the government. 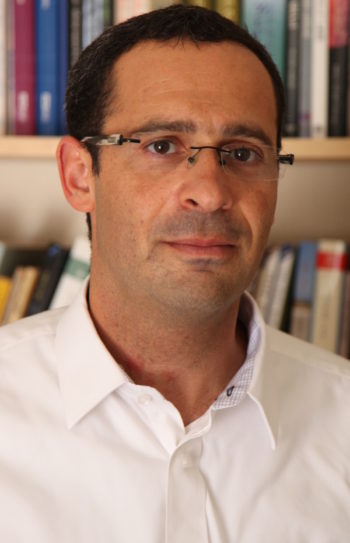 Israel is a Jewish and democratic state. I, as well as many citizens, religious and secular, believe that these two characteristics are critical to the country’s existence. Just as Israel’s Jewish image and identity must be cultivated, so must its democratic character and liberal and humanistic values. And no, there is no contradiction between Jewish and democratic.

The exact balance between these values is not gospel. Neither is it the exclusive knowledge of the religious or secular. Even the Supreme Court, which has occasionally had to rule on these issues, has often done so mechanically. How then can we determine the location of the golden mean? Only through public discussion that is serious and open to all. Only by listening to one another and being willing to understand the value of creating a synthesis between these two values, and acknowledging the need to sometimes compromise. Only then will it be possible for the unique and valuable combination – a Jewish and democratic state – to thrive.

Nevertheless, critics of religionization talk about it as if it is a demon uniquely threatening Israel’s culture and society. This is the easy way out for politicians, activists, members of the media and the academy. When there is a common enemy that is as threatening as the religious demon it is much easier to close ranks, hiding together behind the issue.

Yet demonizing religion comes with a price. And the price is high. The price is the suppression of all public debate on this and related issues. The price is the stifling of every serious attempt to address in an open and comprehensive manner the topic of religion and state, and the relationship between Judaism and democracy. Fear-mongering over the religious demon leads to exaggerated, hysterical descriptions that occur whenever an attempt is made to add a Jewish dimension to the Israeli public sphere, or to promote the expression of Jewish spiritual treasures not only inside of synagogues but within Israeli life itself.

The hysteria over this issue is dragging us straight to the bottom. Instead of dialogue, we are being subjected to a cacophony of screaming from all sides. This demon must be put back in the closet, which should then be buried deep in the ground. In place of this demon, the public sphere will be filled with serious and meaningful dialogue on the Jewish and democratic values of Israel.

(Shuki Friedman is the director of the Israel Democracy Institute’s Center for Religion, Nation and State and a law professor at Peres Academic Center.)