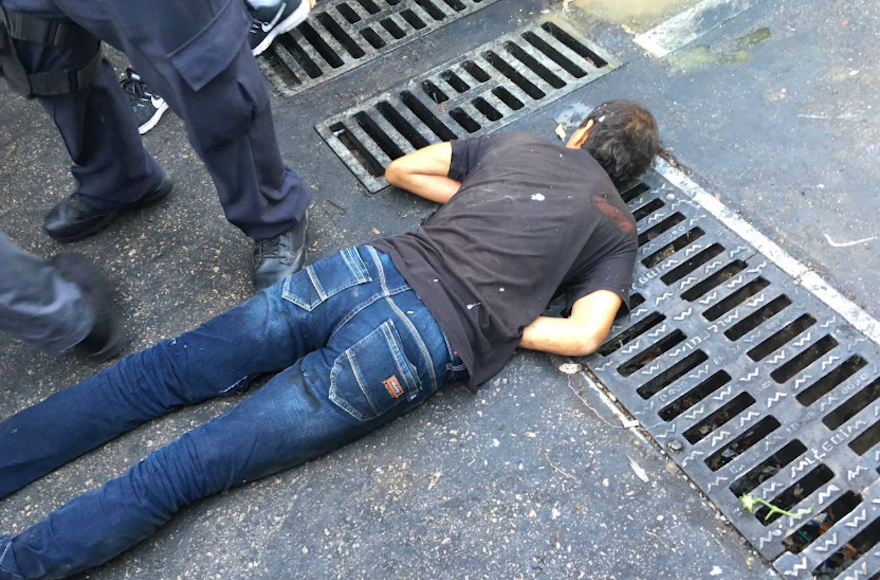 The scene of a stabbing in Netanya, Israel, June 30, 2016. (Screenshot from Twitter)
Advertisement

JERUSALEM (JTA) — An Israeli man and woman were injured in a stabbing attack in the coastal Israeli city of Netanya.

The man, reportedly in his 40s, and the woman, reportedly in her 60s, were moderately to severely injured in the Thursday afternoon attack near the city’s market, according to Israeli reports citing Magen David Adom, which treated the injured. They were taken to Laniado Hospital in Netanya.

The assailant, who was shot and killed, reportedly by a civilian, was identified by Israel Police as a 46-year-old Palestinian man from the West Bank city of Tulkarm. Police were searching for an accomplice and closed the market.

The attack came hours after a 13-year-old Israeli girl was stabbed to death while she slept in her bed in the West Bank settlement of Kiryat Arba. The assailant, a teenage Palestinian, was shot and killed by civilian guards.