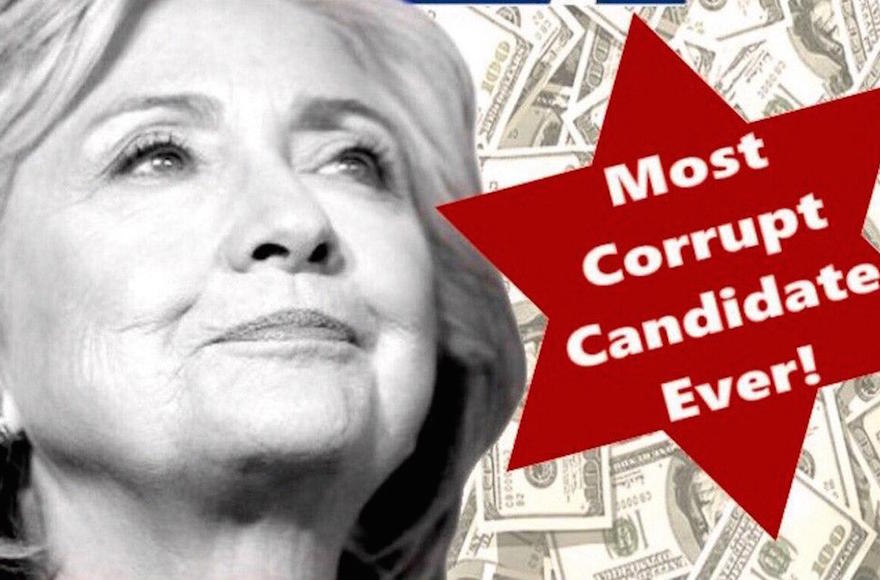 Donald Trump is taking heat for tweeting an image of a six-pointed star next to his rival Hillary Clinton. (Screenshot from Twitter)
Advertisement

(JTA) — Donald Trump removed a tweet showing a star of David shape and dollar bills superimposed over an image of Hillary Clinton, which critics suggested evoked anti-Semitic stereotypes and a web site linked to a far-right anti-Semitic movement.

The tweet, which appeared on the presumptive Republican presidential candidate’s Twitter feed Saturday, bore the words “most corrupt candidate ever” inside a red six-pointed star.

Later, amid a barrage of criticism, Trump tweeted a new image, replacing the star with a circle. He later removed the original tweet.

Hey @realDonaldTrump I think you deleted this Anti-Semitic tweet? No worries, I saved it for you: pic.twitter.com/FjHJO0cQdQ