Kippah-clad beatboxers wow the judges on ‘America’s Got Talent’ 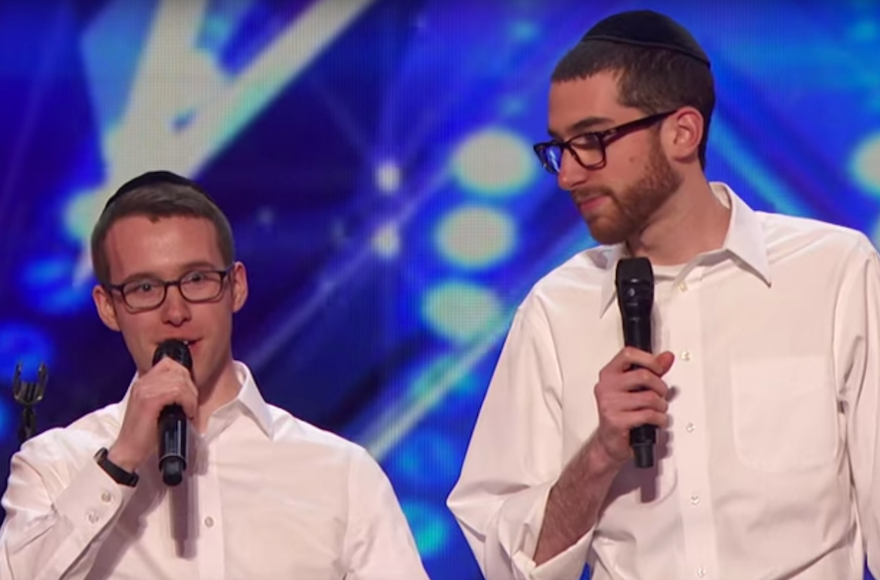 (JTA) — A kippah-clad, tzitzit-wearing beatboxing duo has advanced on “America’s Got Talent.”

Ilan Swartz-Brownstein and Josh Leviton of Manhattan performed to Meghan Trainor’s “All About That Bass” on the NBC reality show Tuesday night for the final episode of the season’s auditions.

Their performance was rewarded with a resounding yes from all four judges, moving them to the next round of the competition.

Swartz-Brownstein, a student at Yeshiva University, and Leviton, a consultant, met three years ago at the Western Wall when they were yeshiva students in Israel, they told the judges.

Leviton, who goes by the moniker “The Orthobox,” has performed with the popular Jewish a cappella group The Maccabeats. Swartz-Brownstein is known as “The Aleph Bass.”

In their audition video submitted last year, they were beatboxing to “Hava Nagila.”