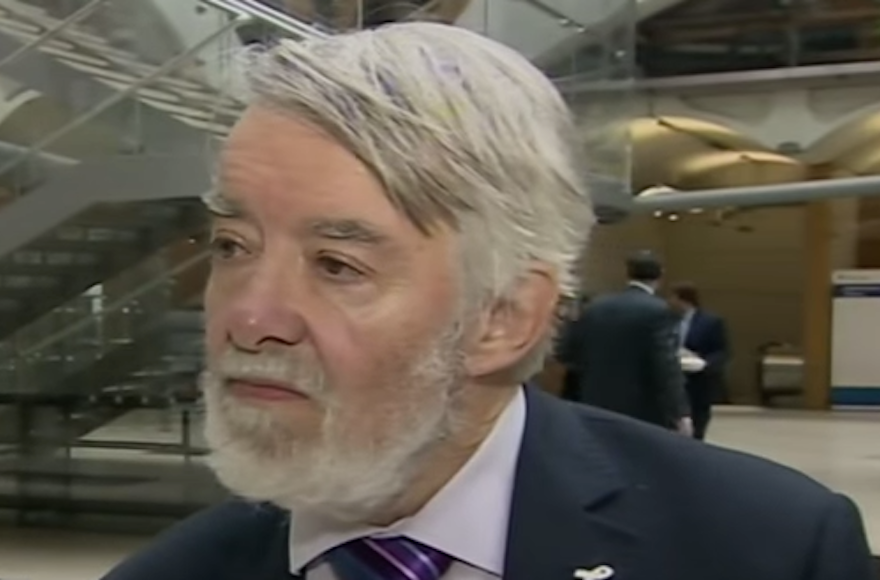 (JTA) — A British lawmaker who once accused a Jewish ambassador to Israel of dual loyalty will serve as a senior opposition leader.

Paul Flynn, a Labour Party lawmaker from Wales since 1987, was named shadow secretary of state for Wales and shadow leader of the House of Commons this week.

The appointment comes shortly after a report on anti-Semitism within the party saying it is not overrun by anti-Semitism or other forms of racism, but there is an “occasionally toxic atmosphere.” The report’s 20 recommendations did not include permanently banning offenders, but urged party members to be “vigilant against subtler and invidious manifestations” of anti-Semitism.

Labour in recent months has seen the suspension of at least 20 members, including at the senior level, for anti-Semitic hate speech that critics say party leader Jeremy Corbyn is not doing enough to curb.

In 2011, Flynn said that Britain’s ambassador to Israel, Matthew Gould, “was serving the interests of the Israeli government.”

“I do not normally fall for conspiracy theories, but the ambassador has proclaimed himself to be a Zionist and he has previously served in Iran, in the service,” said Flynn.

Challenged to defend his comments by the Jewish Chronicle, a London-based Jewish newspaper, Flynn said the ambassador to Israel should be “someone with roots in the UK [who] can’t be accused of having Jewish loyalty.”