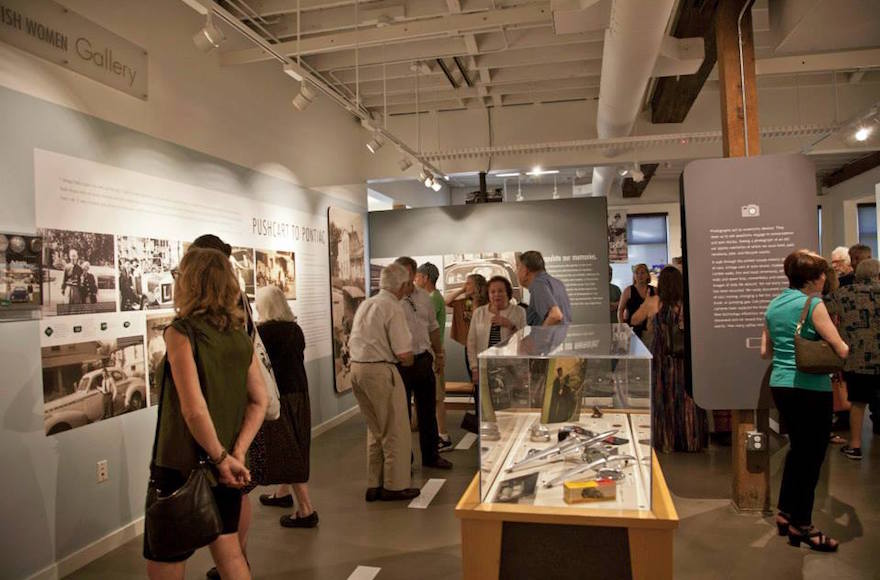 The Oregon Jewish Museum and Center for Holocaust Education, which has held exhibits at various locations in its 25-year history, has purchased a permanent home. (Facebook)
Advertisement

(JTA) — The nomadic Oregon Jewish Museum and Center for Holocaust Education will have a new and permanent home next year.

The museum’s executive director Judy Margles and board chair Elaine Coughlin announced Wednesday the purchase of a $5 million space in Oldtown at the former location of the Museum of Contemporary Craft, Oregon Public Broadcasting reported.

For more than 25 years the museum had been renting spaces around Portland, but for the first time will be able to settle into a permanent and much larger space where it will also be able to house its own permanent exhibits.

Rabbi Joshua Stampfer founded the museum in the late 1980s to educate the public about Jewish art and history with a program of temporary exhibits. Over the years it came to focus more specifically on Oregon’s Jewish history.

The move will more than double the space from its current 6,900 square feet to 15,000, allowing the museum to have more extensive exhibits, as well as a 100-seat auditorium, a small cafe and a gift shop.

Margles said that the new location will give them the ability to house core exhibits. Margles said they are assembling an exhibition about the Jewish experience in Oregon, about discrimination and the history of the Holocaust, “but through the eyes of our local survivors,” Margles told OPB.

According to the Jewish Federation of Portland, the city’s Jewish population is nearly 50,000, including a recent influx of Orthodox families.