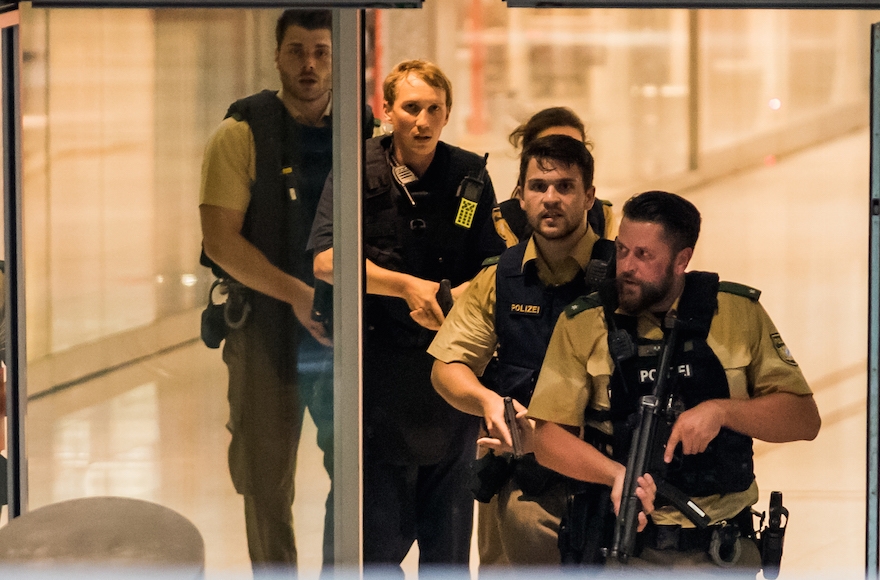 BERLIN (JTA) — An 18-year-old German of Iranian background apparently was the lone perpetrator of a shooting spree that killed nine people at a Munich shopping mall, the president of the city’s police said.

“We have no reason to believe that people should feel insecure or that they have to hole up,” the police chief, Hubertus Andrä, said at a news conference early Saturday morning, a day after the attack.

The body of the suspect, later identified as Ali Sonboly, was found about a half-mile from the Olympia shopping center in the northwestern suburb of Moosach. Sonboly fled the scene of Friday evening’s attack — a mall adjacent to the stadium near where Palestinian terrorists took 11 Israelis hostage before killing the athletes and coaches at the 1972 Olympic Games — and apparently shot and killed himself. The mall attack also injured 21, some critically.

Sonboly had no criminal record. He had lived at least two years in Munich; authorities would not say how long, although he is not a recent immigrant.

Officials are still not clear about his motives.

The shooting at the Olympia mall began at a McDonald’s restaurant there shortly after 6 p.m.