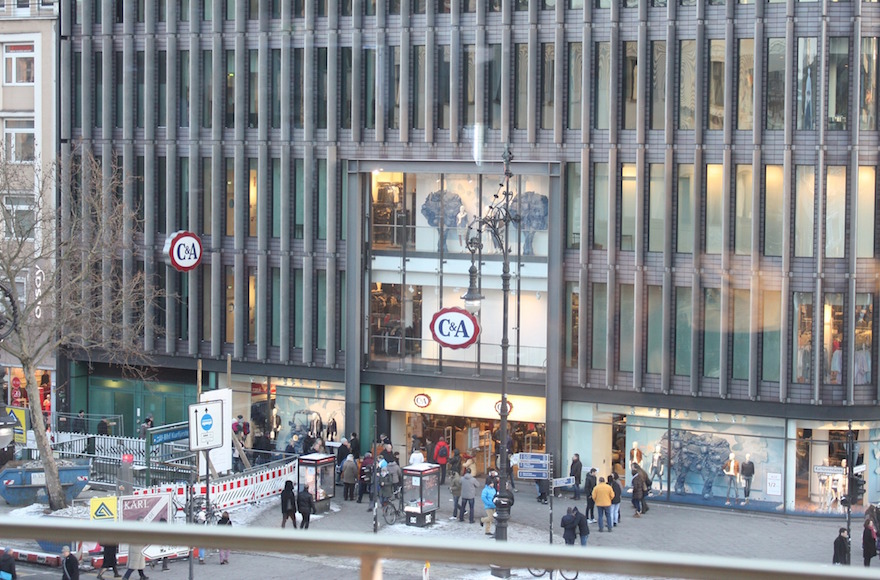 BERLIN (JTA) — A Dutch textile magnate who initiated a probe into his family’s exploitation of Jewish competitors and laborers during the Holocaust said his predecessors “behaved in a heartless manner.”

Maurice Brenninkmeijer, a scion of one of Europe’s richest families, told the Zeit newspaper in an interview published July 13 that he was particularly shocked by the accounts of expropriation of property.

Brenninkmeijer believed his family was “just thinking about the business, lost track of our values and made unethical decisions,” adding he was sure they were not committed Nazis and “wished it could have been different.”

The owner of the Dutch-German C&A chain of department stores — Forbes magazine recently called it “one of the most secretive companies in the world” — is the latest business leader to confront his family’s Nazi-era history.

Brenninkmeijer said revelations about the company’s Nazi-era use of slave labor and its profiting from the forced sale of Jewish property were “disturbing and shocking” for his family.

The family hired historian Mark Spoerer, a professor at the University of Regensburg, to probe the firm’s archives  The self-searching was triggered by a 2011 exhibition marking the centennial of the business, which revealed some details about the firm’s dealings during the Third Reich.

“We wanted to be sure that we really know our family history,” Brenninkmeijer told Zeit.

The resulting book is to be published in the coming days.

According to Zeit, the German branch of the Brenninkmeijer family benefited from the forced “Aryanization” of Jewish property and from the work of Jewish and non-Jewish slave laborers, in the Lodz ghetto and in Berlin.

The firm reportedly did make some restitution after World War II, but the story of its actions during the war remained buried.

In the past two decades, several major German corporations, banks and government ministries — including Volkswagen, Dresdner Bank and the Foreign Ministry — have brought in outside historians to pore through their archives and put their Nazi-era history on the table.

Hundreds of German companies large and small made donations to the German Government and Industry Fund, established some 10 years ago to aid former slave laborers and support educational programs about this history.

A few large firms have been slow to open their archives, leading some observers to suspect they have something to hide.