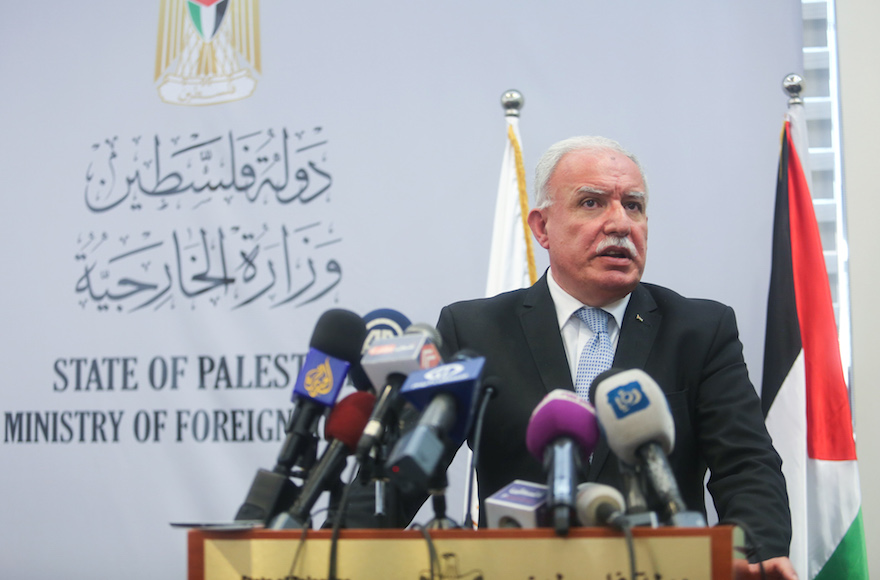 (JTA) — With the 100th anniversary of a key Zionist declaration approaching, the Palestinian Authority said it plans to sue Britain for issuing the edict.

The P.A.’s foreign minister, Riyad al-Malki, told Arab League leaders in Mauritania on Monday that the Palestinian Authority will sue over the Balfour Declaration, saying it led to all “Israeli crimes” committed since 1948, according to The Times of Israel.

Signed on Nov. 2, 1917, by British Foreign Secretary Arthur Balfour, the Balfour Declaration stated that the British government “views with favor the establishment in Palestine of a national home for the Jewish people and would use their best endeavors to facilitate the achievement of this object.”

The declaration, issued while the area that is now Israel was still under the control of the Ottoman Empire, represented a pivotal victory for Zionists and has been credited with helping pave the way for the establishment of the State of Israel in 1948.

The declaration, al-Malki said, “gave people who don’t belong there something that wasn’t theirs.”

The United Kingdom has not responded to the lawsuit threat, and media reports did not specify in what court the P.A. would file such a suit or what, if any, damages it would seek.