Why do Israeli politicians always seem to be under investigation? 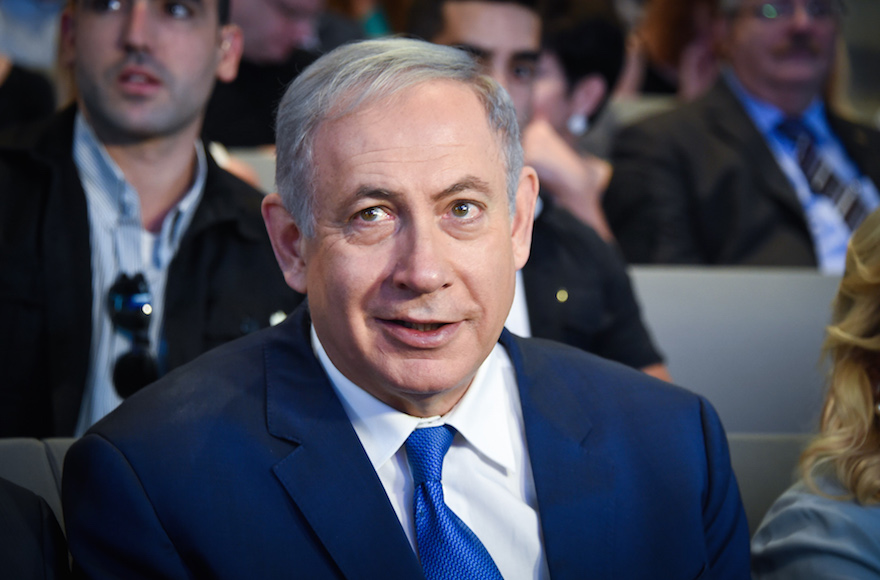 TEL AVIV (JTA) — The Israeli prime minister is being investigated, and the media is atwitter.

The probe is preliminary and no details have been released. But reports say Benjamin Netanyahu is suspected of money laundering.

His former chief of staff was interrogated recently and held under house arrest, reportedly in connection with the probe, and Netanyahu and possibly members of his family are expected to be questioned next, according to reports.

It’s not the first time authorities have looked into suspected wrongdoing by Netanyahu or his wife, Sara. And if a full-blown criminal investigation were opened, it certainly wouldn’t be the first probe of a sitting prime minister or prominent public official.

Defense Minister Avigdor Liberman was the focus of investigations over two decades, culminating in his acquittal of fraud charges in 2013. And Interior Minister Aryeh Deri served time for bribery starting in 2000.

These are just a few high-profile examples. Israel’s police and the Chief Rabbinate have been plagued by scandals in recent years, and preliminary investigations of public officials are commonplace.

So what’s going on in the Holy Land?

Yossi Shain, a professor of political science at Tel Aviv University and Georgetown University, answers that question in “The Language of Corruption and Israel’s Moral Culture.” The 2010 Hebrew-language book made a splash here for arguing that Israel is too eager to probe and indict its leaders.

Shain sat down with JTA last week to explain his research in light of the Netanyahu news. The interview has been edited for structure and clarity.

JTA: Why does it seem like Israeli politicians are always being investigated? Is there an unusual amount of corruption here?

Shain: No, Israel is not corrupt by world standards. It’s low on the corruption scale in comparison to other societies. There are very good people in the Israeli political system. People who are passionate, ideologically passionate. They are not corrupt, I say in my book.

What is going in is Israel is a country where the process of democratization has accelerated since the time of the founding fathers, and political elites have been weakened. With the democratization of politics there’s no aristocracy, there’s no honor. So you look instead of honor to integrity. What does integrity mean?

When the authorities get a case, public pressure comes to bear. If you put the case aside, they say you’re corrupt, too. Or sometimes the police say, wow, here is the case of my life. I’m going to investigate this, and all lines get crossed.

But some of these cases end in jail sentences — Olmert, Katsav and Deri, for example. Aren’t these cases of corruption?

Of course in Israel, as in every country, there are cases where politicians cross lines, and when they cross lines, they should be punished severely. In the case of Olmert, I’m careful. I had many discussions with Olmert for my research when it all exploded. He accepted me and he opened his heart to me, and I became empathetic to him. I was wishing him well.

But Israelis are very quick to incriminate and send to jail. We’re not relaxed about corruption. We have become a vindictive society.

The fact is not everything unethical should be criminalized. Even in sexual behavior. For example, [in 2006, then-Justice Minister] Haim Ramon was indicted and convicted of sexual assault for trying to kiss a woman [government employee]. Two committees were appointed. Did he use tongue or not use tongue? And the woman didn’t want to testify. They went after her zealously.

That became a watershed case. It’s a critical case.

Bill Clinton could have been in jail in Israel for Monica Lewinsky. Easily. 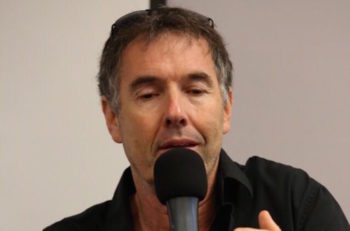 How does the preliminary investigation of Netanyahu fit into your thesis?

The fact that Netanyahu got money from a criminal in France [convicted fraudster Arnaud Mimran, from whom the prime minister acknowledged receiving a donation]: bad news. Now, Bibi [Netanyahu] would say, how do I know that this guy’s a criminal? The rush to get money from donors is a big problem in politics. What can you do about it? It’s the same in America.

And Netanyahu has been in power for a long time. The longer you are in power, the more arrogant you become, the less careful you become.

How much money is crossing certain lines? What are the rules and regulations? What is an ethical violation versus a criminal violation? These are big issues that I don’t have answers to.

But the fact that we discuss them here all the time is part and parcel of the idea that we cannot really unite on any other moral issue. Indicting the politicians undercuts the political system and also sort of gives the public the idea sort of like, if they are screwed up, why should I obey the rules? It’s very dangerous. This was already said in the 18th century by Edmund Burke, the Irish political theorist. And the founding fathers of America warned everybody: You will start to say that all of us are corrupt.

How did Israel go from a unified socialist country to the situation you describe today?

The times have changed. There is prosperity in Israel. There is money. The good life is here.

When [Israel’s first prime minister, David] Ben-Gurion had corrupt policies, it was that he got books from [Russian-British Jewish thinker] Isaiah Berlin sent to him with government money. Today he would’ve been in jail. Getting Oxford books for his personal library? Wow! The very idea that the prime minister was reading. Think about it. It’s crazy. But this was the time when there was humility and frugality in Israeli society and politics.

At the same time, there was the idea of “proteksia” [patronage]. Everybody gets a job if he’s a member of the ruling [Mapai] party. Today we cannot do anything like that. So there are good and bad things.

I grew up in a home where to go to a restaurant was a huge occasion in my life. My parents didn’t have a car. I grew up without television. My father used to take me on his bicycle. Now I take my kids to a restaurant every weekend, of course, or more. They fly back and forth abroad. They got used to money. I’m not rich. I’m an academic. But Israelis travel. They travel here, they travel there.

And then you have all kinds of scandal if Bibi flies first class. Olmert was indicted for airline points in the Rishon Tours Case. [He was accused of falsifying his travel expenses.]

Israeli prime ministers are said to have made historic decisions to distract from investigations against them: Sharon’s evacuation of the settlers from the Gaza Strip or Olmert’s Second Lebanon War and generous peace offer to the Palestinians. Even Netanyahu’s recent regional diplomacy. What do you think?

What should be done to change the language of corruption and Israel’s moral culture?

There are no solutions. I thought about it a lot. The overzealousness of the attorney general’s office is going to be reduced because the winds are shifting. People understand that the attorney general is not so clean of ambition, that people should not rush to any conclusions that politicians should be indicted.

Israelis are becoming aware of the vanity of the bureaucrats, which [German thinker] Max Weber writes about. Bureaucrats have an interest in describing politicians as corrupt, which empowers them even further, including in the legal system. You see? Because they’re always objective, of course, bureaucrats. They don’t have an interest. Their interest is the public good.

The media is the same. Gotcha media. I caught you! Everybody wants to get the scoop. You get the scandal, you get the sexual scandal, you’re in great shape. This sells. Good rumors sell also.

So that’s it. That’s the nature of things. Scandals will happen. But the last few years, you don’t have many. You have some.

If Bibi will be indicted, that will of course be big.

Israel has had success against ‘lone wolf’ terrorists — here’s how