Hawaiian coffee shop singer to perform with Matisyahu in concert 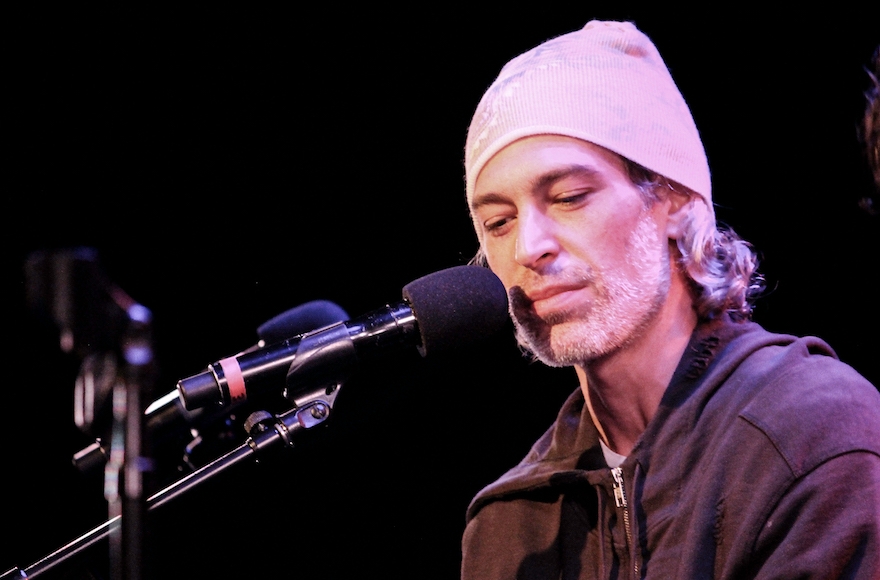 (JTA) — After some legal maneuvering, the Hawaiian musician who was seen in a video performing the Matisyahu song “One Day” in a Maui coffee shop unknowingly with the ex-Orthodox reggae star can perform an encore in California.

Matisyahu in a video posted Friday to his Facebook page invited Kekoa Alama to perform with him on Aug. 12 at the Hollywood Palladium in California. Alama responds to the call that he has violated his probation and is “on the run” from police, which would prevent him from leaving Hawaii.

Matisyahu says he will help Alama, a ukulele player and singer, to perform in the show since Alama is “trying to create love and light for the world.”

In a video posted Monday on the Facebook page of Matisyahu’s manager, Stu Brooks, and the singer’s Twitter feed, Matisyahu announced that following a conference call with the judge in the case, Alama’s probation officer, the public defender and district prosecutor, Alama has permission to sing “One Day” at the concert.

In a video from late July that went viral, Alama did not know he was singing with Matisyahu, who was sporting a red and black checkered shirt and long blonde locks.

At the end of the song, Matisyahu asked Alama, “You know who wrote this song?” and pointed to himself, leading to expressions of disbelief from Alama. The singer put Alama and his wife on the guest list for the Maui concert that evening.

Our friend Kekoa Alama,
Maui coffee shop bruddah,
Will be joining us to sing "One Day" with us on the 08.12 in LA pic.twitter.com/DGFVE2Wyvt