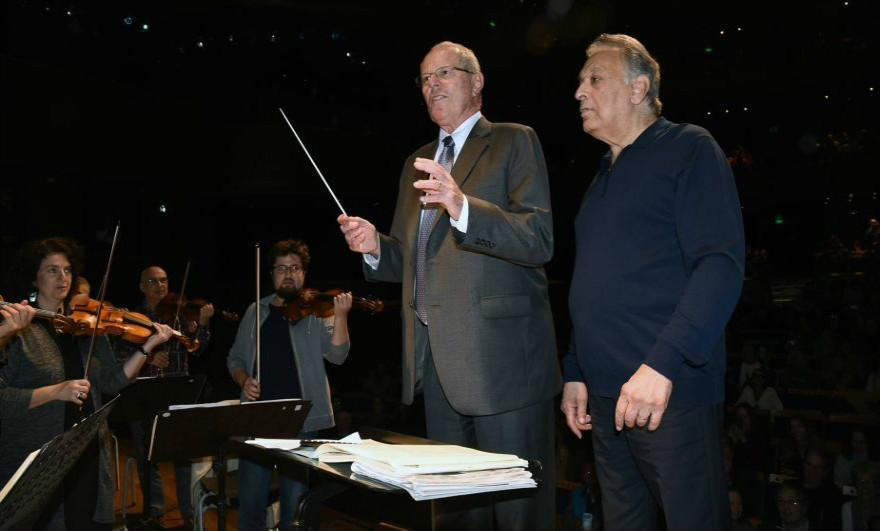 (JTA) — The president of Peru, whose father was a Jewish refugee, conducted Israel’s Philharmonic Orchestra during the playing of the Peruvian national anthem at a concert in Lima.

Pedro Pablo Kuczynski took his turn with the baton at an Aug. 15 performance at the National Grand Theater during celebrations of the 109th anniversary of the Lima Philharmonic Society, El Comercio newspaper reported.

“More than 1,400 people who attended the concert celebrated the pleasant surprise and revelation of our president as a conductor,” read a note from the Lima Philharmonic Society, which noted that Zubin Mehta, the philharmonic’s conductor, did the same with the Israeli anthem, “Hatikvah.”

Kuczynski, who has studied music and plays the flute, was elected president of the South American country in June. He was born in Lima to a French Protestant mother and a German Jewish father who fled the Nazis in 1933.

The society reported that tickets were sold out three weeks before the concert and that it “was undoubtedly one of the most important cultural events of the year” in Peru.