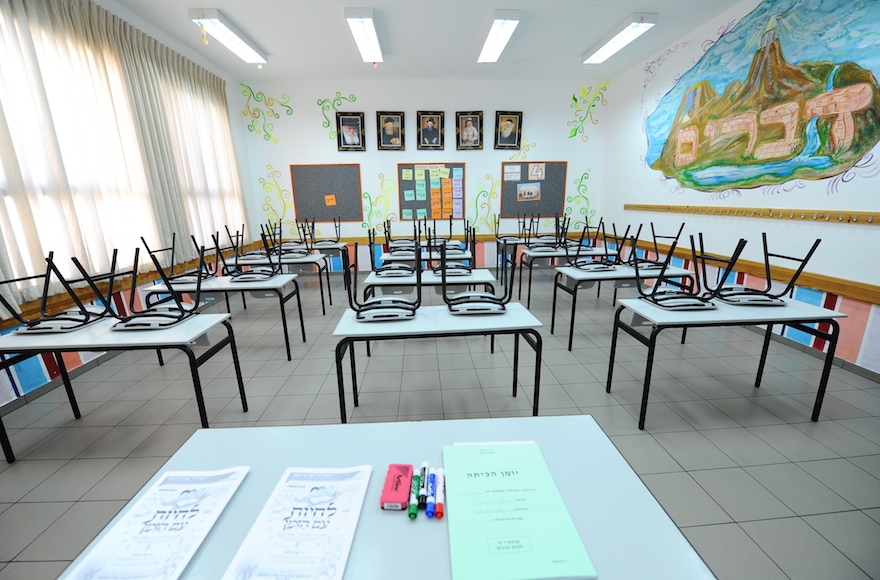 An empty classroom in the largely haredi Jewish settlement of Beitar Illit in the West Bank, Aug. 16, 2015. (Mendy Hechtman/Flash90)
Advertisement

JERUSALEM (JTA) — A longtime haredi Orthodox teacher at a girls’ school in a largely haredi West Bank settlement reportedly was fired after obtaining a driver’s license.

According to the report, the woman consulted with a senior rabbi in the Beitar Illit community and received his permission to take her driving test and obtain the license after her husband had trouble passing the test.

Unnamed sources at the school cited in the article quoted the principal as saying of the teacher’s situation: “I don’t care. I will not tolerate a teacher with a driver’s license.”

The teacher and her family would not comment to Kikar Shabbat on the incident, saying they do not want to cause a “chilul hashem,” or desecration of God’s name.

Contacted by the Israeli daily Haaretz, the principal did not comment, saying “I don’t give interviews, but this is really, really not true,” before hanging up, according to its English language website.

Israel’s Ministry of Education is investigating the report, according to Haaretz.

Some haredi sects do not allow women to drive. Last summer, rabbis from the Belz Hasidic movement in London issued a letter saying the children whose mothers drive them to its schools will be banned. The schools later walked back the letter.