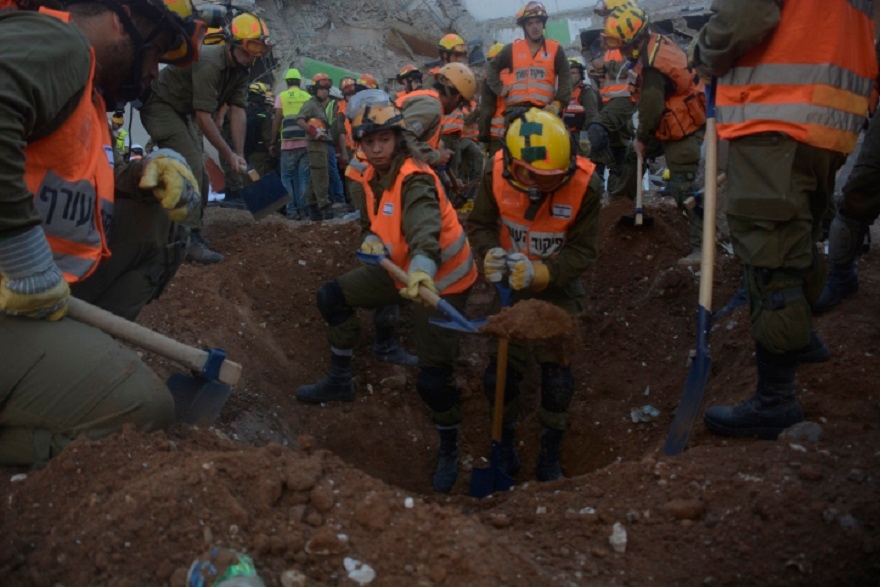 JERUSALEM (JTA) — Five construction workers remained missing and believed trapped underground nearly 12 hours after the collapse of a tiered parking structure under construction in Tel Aviv that killed two and injured at least 24.

One trapped worker reportedly had been communicating with rescue workers, but the communication ceased at about 8:30 p.m. Monday, The Times of Israel reported, citing Dudi Mizrahi, the head of the Israeli army’s Home Front Command’s Search and Rescue Unit.

Earlier, the Home Front Command said the locations of the five missing workers had been approximated and rescue workers were monitoring the positions.

Five other workers were pulled from the rubble throughout Monday afternoon and early evening.

Mizrahi said the search-and-rescue operation could go on for days. He said “the chances of finding anyone alive” was less likely with each passing hour, according to The Times of Israel.

Some 18 construction workers were rescued in the hour after the collapse late Monday morning; engineering failure is being cited as the cause of the accident.

Some 300 Israeli army search-and-rescue personnel are involved in the search, as well as 160 rescue workers from the fire department. A K-9 unit also is on the scene to assist in locating the missing workers.