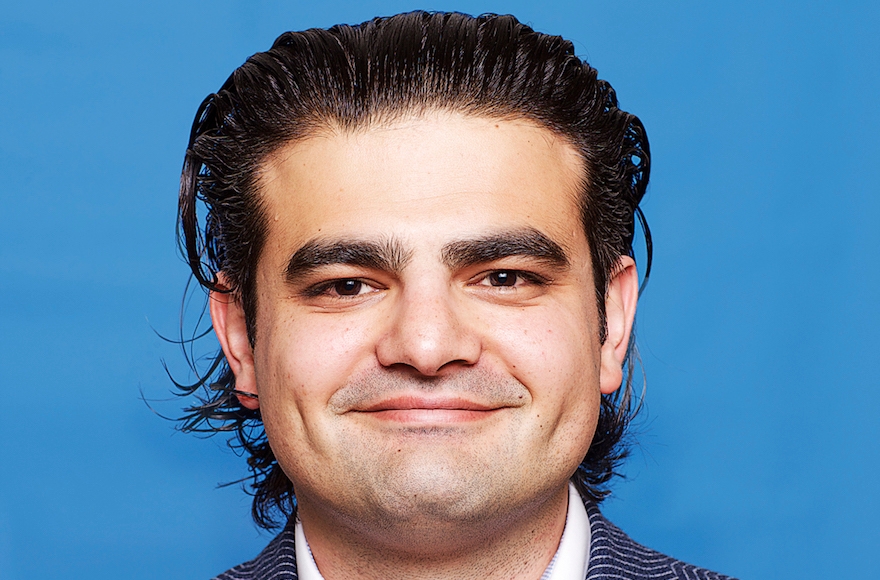 (JTA) – A Dutch-Turkish lawmaker who refused to shake hands with Prime Minister Benjamin Netanyahu of Israel rejected claims from the local media that his behavior was anti-Semitic.

Tunahan Kuzu, an Istanbul-born former Labour Party politician who represents the far-left and pro-immigration DENK party, staged the incident in The Hague on Wednesday, the second and last day of Netanyahu’s visit to the Netherlands.

As Netanyahu met with members of the Foreign Affairs Committee of the Dutch Parliament, Kuzu, wearing a Palestinian flag lapel pin, smiled and did not extend his hand to shake hands with the Israeli leader, who shrugged and moved on to the next politician. Kuzu posted a short video explaining he decided to attend the meeting instead of boycotting because he wanted to “do my best to make it a difficult talk.”

The meeting was closed to the media.

Michael van der Galien, editor-in-chief of the popular Dutch news and opinion website De Dagelijkse Standard, was among the critics who accused Kuzu of behavior that diverges from the norms of discourse between political adversaries because Netanyahu is Jewish.

“This is shameful behavior,” van der Galien wrote. “Even if you disagree with Netanyahu’s policies, as a parliamentarian you are obliged to treat him respectfully on his visit to the Netherlands. But Kuzu apparently can’t do that because just imagine what will happen if you are seen shaking the hand of a Jewish leader of the only Jewish state? An Islamist like Kuzu can’t even bear the thought.”

But Kuzu did shake hands with Turkish President Recep Tayyip Erdogan, van der Gailen wrote, despite his persecution of dissidents.

“Kuzu has unmasked himself. He is no more than an Islamist inciter of hate,” he added.

The incident comes after former Dutch Prime Minister Dries van Agt, a longtime Palestinian activist, said in an interview on a public television station that Netanyahu is a “war criminal” who should be prosecuted during his visit to the Netherlands.