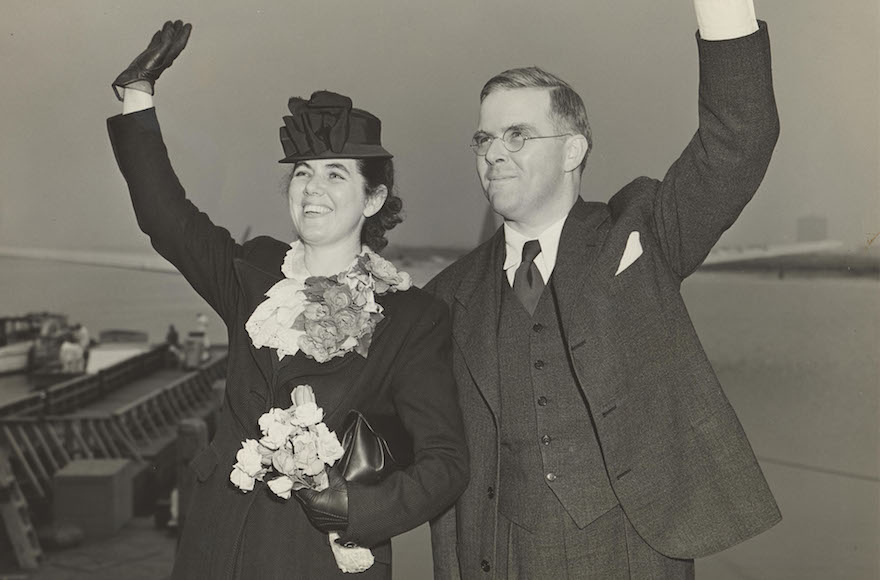 (JTA) — In 1940, as he was being transported to safety in the lower deck of a ship, the Jewish author Lion Feuchtwanger asked Waitstill Sharp why the American Unitarian minister had bothered to rescue him from the Nazis.

Sharp and his wife, Martha, had spent much of the previous two years smuggling Jews out of Nazi-controlled territory. Saving people from persecution, the clergyman had told Feuchtwanger, was what any able person should do.

“I think something frightful, in addition to what has befallen Europe, is going to befall now,” Sharp later recalled saying. “I’m not a saint. I’m just as capable of the sins of human nature as anyone else. But I believe that the will of God is to be interpreted by the liberty of the human spirit.”

It’s an intimate moment in “Defying the Nazis: The Sharps’ War,” a documentary co-directed by the renowned filmmaker Ken Burns that takes a highly personal look at the American Christian couple who left a quiet life in New England, traveled to Nazi-occupied Europe and smuggled hundreds of Jews to safety.

The movie, which relies on written recollections of the Sharps (Waitstill is voiced by Tom Hanks), archival footage, and interviews with survivors and historians, premieres Sept. 20 on PBS. It will also be screened for press at the White House next week, followed by a panel discussion on the current refugee crisis.

“Defying the Nazis” is a change of pace for Burns, a director best known for sweeping documentaries on broad topics — see: “Civil War,” “Jazz” or “Baseball.” But when confronting the Holocaust’s enormity, Burns said the best approach was to focus on narrow, resonant stories like that of the Sharps rather than statistics that can mask the pain of mass atrocity.

“The number 6 million has become rather opaque,” Burns told JTA by phone from his office in New Hampshire. “We just say it, and it lacks dimension and specificity. Here you have a story of two people who saved a few hundred people on the edges of that Holocaust.”

However, the final frame of “Defying the Nazis” dedicates the film to all the Holocaust victims who were not saved.

“If the finale does anything, it reminds us that those 6 million are an amputated limb whose lives we still miss, and who ought to itch and bother us as long as we are human beings,” Burns said.

The film traces the story of the Sharps, who were living in Wellesley, Massachusetts, when the American Unitarian Association asked them to travel to Czechoslovakia in 1939 and France in 1940 to help people persecuted by the Nazis. The couple provided relief to embattled groups, raised money for refugee aid and smuggled Nazi targets, including children, out of the country. They are two of the five Americans who have been inducted by Yad Vashem, the Israeli Holocaust museum, as Righteous Among the Nations. 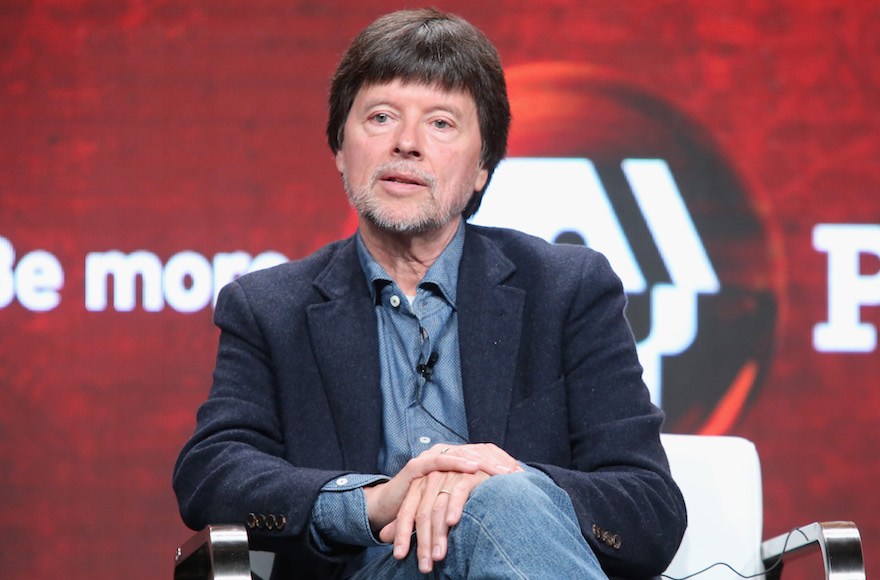 Burns became connected to the film through his co-director, Artemis Joukowsky, the Sharps’ grandson and a fellow alumnus of Hampshire College. Joukowsky first showed the film to Burns five years ago, and Burns steadily became more involved, beginning as an informal adviser and ending as a co-director.

Burns compared his evolving role in the film to dialing up the heat slowly on a frog in a saucepan. “But this is a good kind of boil,” he added.

“It’s just firing on all cylinders,” he said of the movie. “You have a comfortable middle-class Unitarian minister and his wife [who] live in Wellesley, Mass. The most dramatic thing that happens is what he says on Sunday. They leave their small children behind, go to Prague on the eve of World War II. She’s dodging various Gestapo agents at night; he’s going to European capitals to launder money.”

In the film, much of the Sharps’ story is told through the memories of the now-adult children the couple rescued. Burns said the childhood memories created the personal recollection necessary to capture the narrative’s emotional atmosphere.

The movie adds another personal touch as it turns away from the Sharps’ rescue work and documents the rising tensions in the couple’s marriage after they return to the States. It’s bookended by an excerpt of a letter from Waitstill to Martha hoping to grow closer to her again.

“There was a fear of the messiness of this story,” Burns said, noting that he was undeterred. “The longing for the other sets in motion that this is about two people in a complicated relationship, as well as about the large topics that are involved here.”

Burns said he isn’t done with Holocaust documentation. He’s in the early stages of planning a movie about the U.S. role in preventing the Holocaust — a topic he says most people don’t fully understand. And though his first allegiance in “Defying the Nazis” was to telling an accurate story, he hopes viewers come away with a drive to do more for today’s refugees.

“We are right now in a refugee crisis in the world that is dwarfed only by the Second World War,” he said. “This is a story, ultimately, about sacrifice and its costs.

“These people endangered their lives to save other human beings. They presumed everyone else would do it. What a wonderful presumption. It’s not true, but I hope it does galvanize others.”