10 awesome books for the Days of Awe (and after) 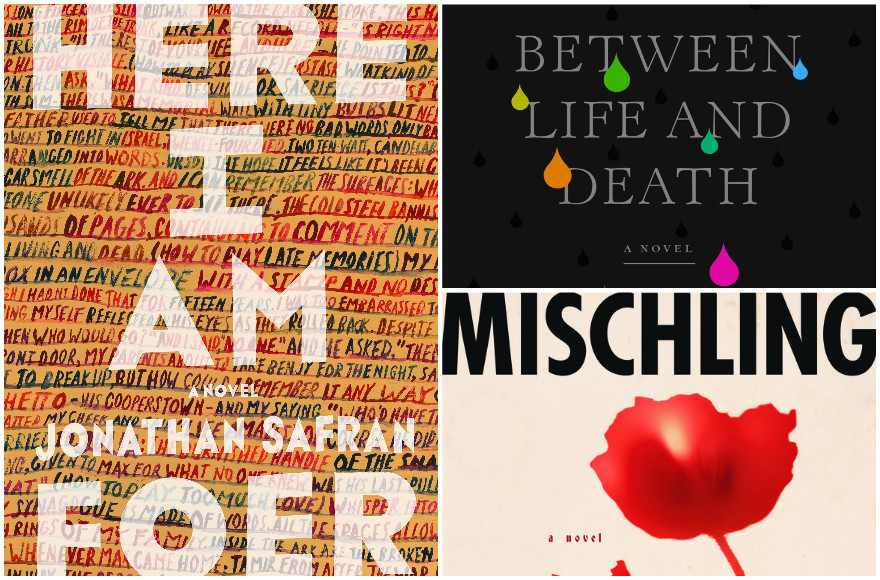 (JTA) — Here we are in September/Elul, preparing to welcome a new Jewish year and a new fall season of Jewishy books, including the first novel since 5766 by (now almost 40-year-old) wunderkind Jonathan Safran Foer — perhaps you’ve heard the buzz.

Presented below is JSF’s latest, plus nine other volumes, from the humorous to the humbling, that you’ll want on your reading list to help heighten the holidays.

Here I Am: A Novel (Farrar, Straus and Giroux)
By Jonathan Safran Foer 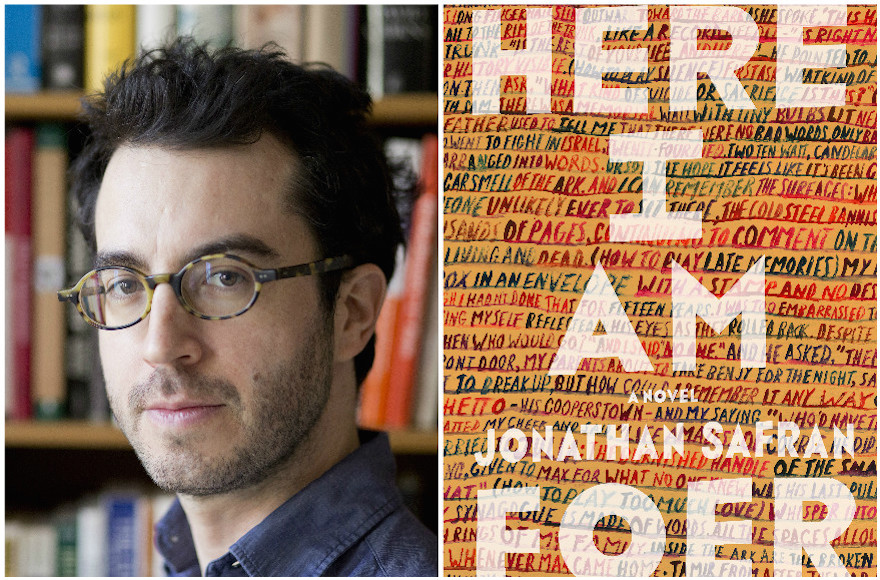 Here he is! Foer’s latest effort, his first novel in more than a decade, is (as expected) both extremely long and incredibly complex. Inspired by Abraham’s concise claim of fatherly responsibility in the Book of Genesis, the 592-page narrative follows a Jewish American family as it fractures over a tumultuous four weeks during which the world itself literally splits apart when a devastating earthquake in the Middle East leads to a major military escalation in Israel. The stakes are high — but the questions raised by Foer are personal and get to the fundamental duties of being an American, a Jew, a parent and a spouse. 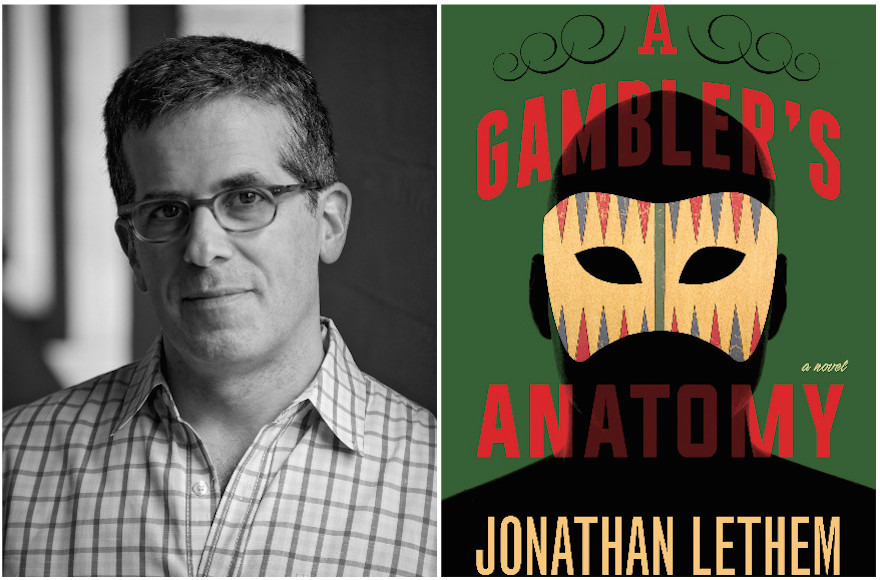 Yes, it’s another book by another very notable Jewish Jonathan. And if you’ve been waiting for a novel about an international backgammon hustler from Berkeley who also happens to be psychic, then this new tome from the National Book Critics Circle Award-winning author of “Motherless Brooklyn” and “The Fortress of Solitude” is … well, just what you’ve been waiting for. With an intriguing cast of characters (obviously) and full of unanticipated twists (surely you anticipated that), Lethem’s latest is an artfully told story the likes of which could not emerge from the mind of any other writer.

Searching for John Hughes: Or Everything I Thought I Needed to Know about Life I Learned from Watching ’80s Movies (William Morrow)
By Jason Diamond 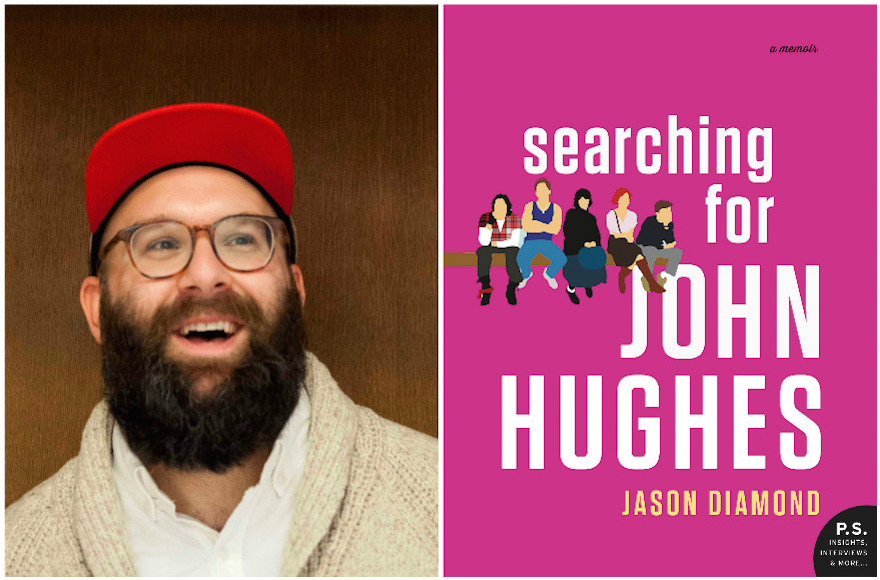 Millions of American children of the 1980s grew up obsessed with the films of John Hughes — from “Ferris Bueller’s Day Off” to “Pretty in Pink” to “The Breakfast Club” — but perhaps only Diamond became convinced he must find Hughes and write the icon’s biography (despite lacking any experience or connections). In recounting the hilarious and hopeless quest, Diamond’s memoir tells the story of a Jewish kid from a broken home in suburban Chicago who found inspiration in Hughes’ similarly broken characters. Diamond moved to New York on a leap of faith, failed, persisted and did, indeed, become a successful writer. So even if Diamond never did write Hughes’ life story, he found richness in his own.

Between Life and Death (Restless Books)
By Yoram Kaniuk, translated by Barbara Harshav 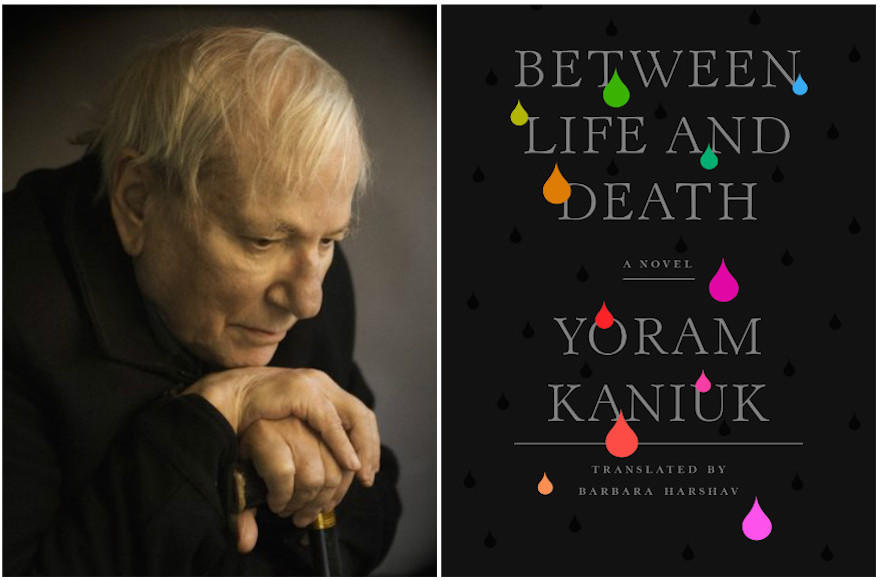 “Between Life and Death” by Yoram Kaniuk (Restless Books)

In the highly regarded Israeli writer’s final work — he died in 2013 — Kaniuk has crafted a dreamlike, autobiographical novel describing the four months he spent comatose in a Tel Aviv hospital, somewhere between the worlds of the living and the dead. A mix of memory, illusion and imagination, the writing shifts from recollection of a childhood spent among Holocaust survivors to a retelling of the 1948 War of Independence to a reflection on what it means to die. Originally published in Israel in 2007, “Between Life and Death” now has a chance to entrance American readers thanks to Harshav’s faithful and lyrical English translation. 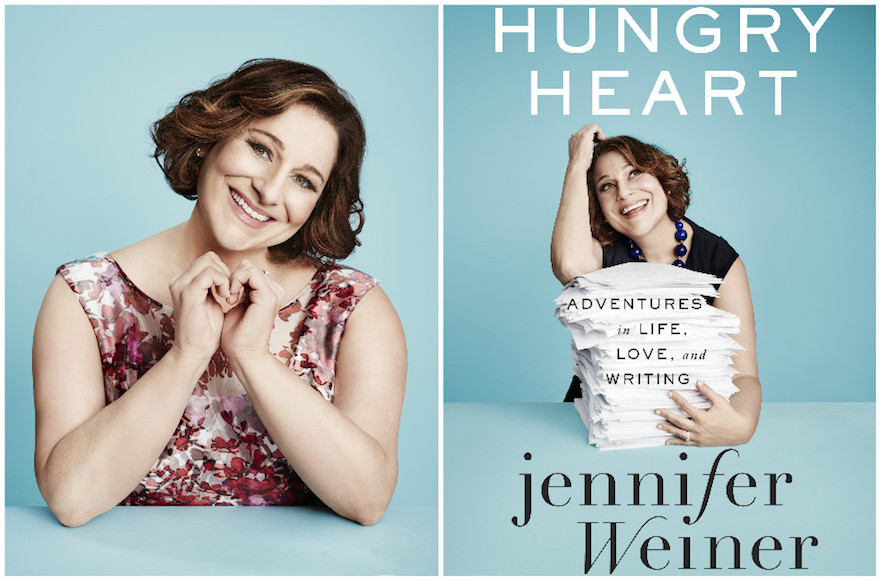 The best-selling author behind the plus-size heroine-driven novels like “Good in Bed” and “In Her Shoes” puts herself in the protagonist’s role with this honest and entertaining collection of first-person essays. From her earliest days as the daughter of bookish Jewish parents in suburban New England — she learned to read at 4 and had her first poem published at 8 — Weiner’s memoir takes readers through ups and downs such as her first publisher’s advance, marriage, motherhood and weight issues, as well as divorce and the trials of miscarriage (then there’s the part where her beloved father abandons his four kids and their late-in-life lesbian mother). You’ll also find some insightful parenting tips and plenty of examples from her uproarious Twitter feed.

The One Man (Minotaur)
By Andrew Gross 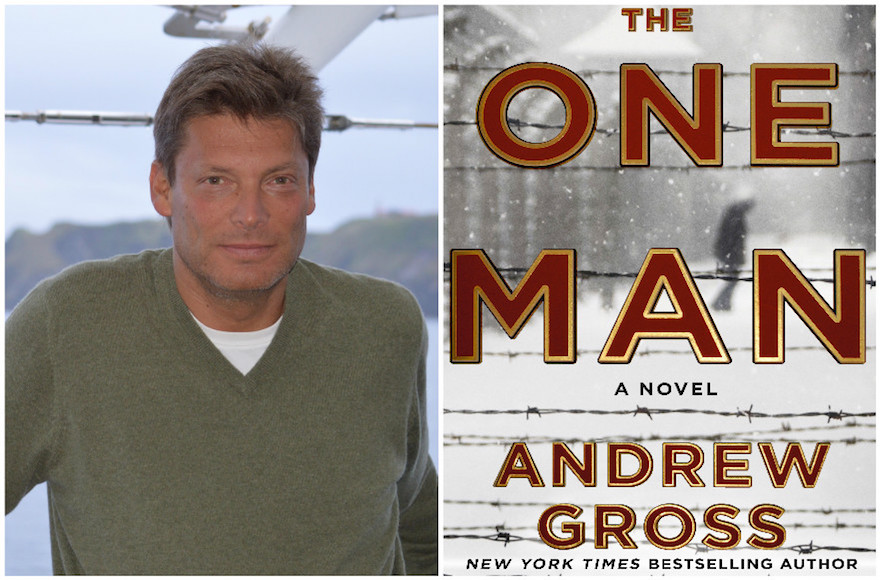 “The One Man” by Andrew Gross (Lynn Gross/St. Martin’s Press)

Books on the Holocaust have long since become their own genre, but rarely is a Nazi death camp the setting for a fictional thriller. In Gross’ twist on history, it’s 1944 and the American effort to build a nuclear bomb — the Manhattan Project — lacks one vital component. The one man with the needed expertise is a Jewish physicist incarcerated in Auschwitz; the one man who can rescue him is a Jewish desk-bound U.S. intelligence officer who had escaped from Nazi-occupied Poland. Sounds crazy, no? As suspense novels go, this one is rich in historical detail and reflective on the wide-ranging spectrum of human nature, from hope to brutality. 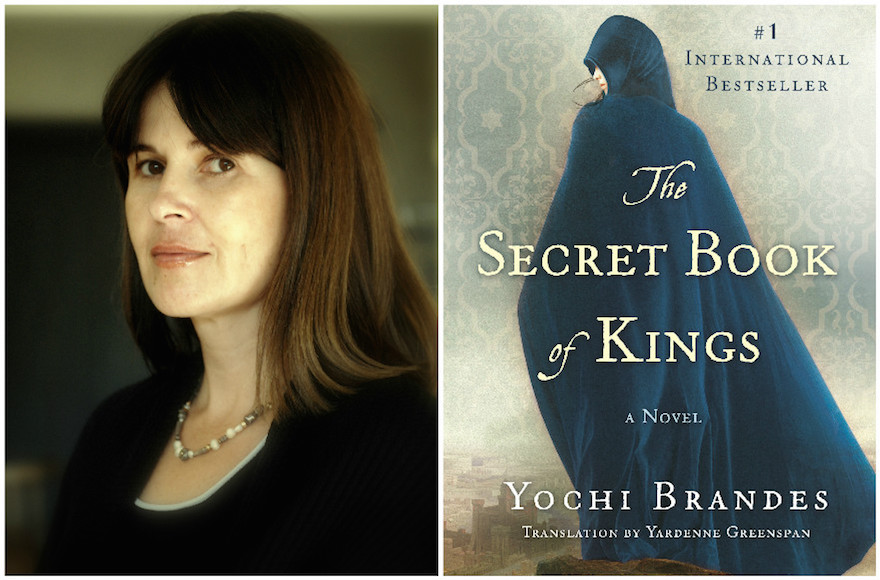 Triggering comparisons to “The Red Tent,” Brandes, an Israeli biblical scholar descended from a line of Hasidic rabbis, has penned an imaginative look at the ancient kingdoms of Israel. Brandes is one of the best-selling novelists in Israel, and her latest is now available in Greenspan’s flowing English translation. Based on textual sources about those well-known kings David, Saul and Solomon, Brandes’ plot is rife with little twists to original narratives that only knowledgeable, critical readers may spot. As such, this adventure story/mystery is also a dramatic act of modern biblical interpretation — yet just as compelling a read for the uninitiated. 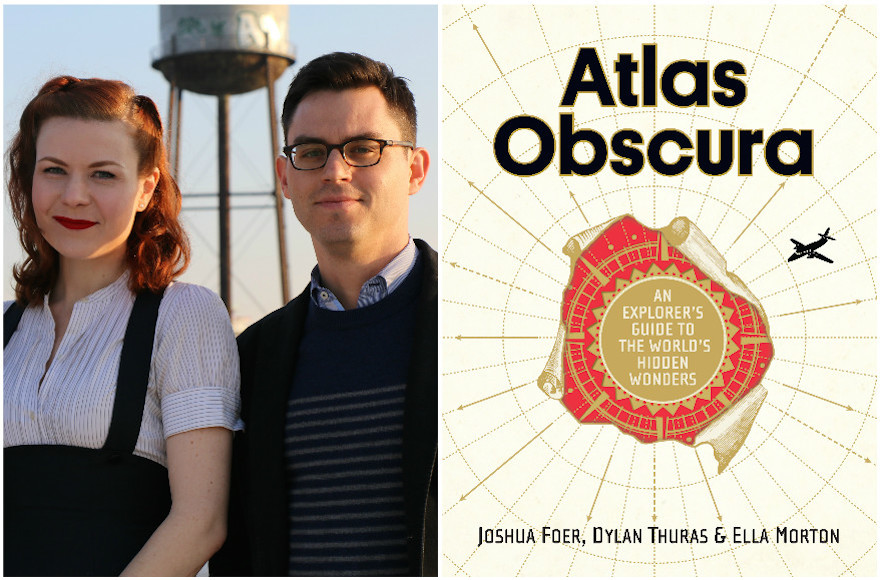 Well, what do you know? Jonathan isn’t the only Foer with a new book this month. “Walking with Einstein” author Joshua Foer, along with co-writers Thuras and Morton, have compiled an unconventional travel guide featuring 700 “of the strangest and most curious places” in the world. These include a handful of Jewish destinations, such as the last operating synagogue in Afghanistan and the Old Jewish Cemetery of Sarajevo, which has only recently been cleared of landmines placed during the war in Bosnia and Herzegovina. The book will be the first hand-held edition of the web-based “atlas” of the same name, which Foer and Thuras co-founded, and where Morton serves as associate editor.

Leave Me (Algonquin)
By Gayle Forman 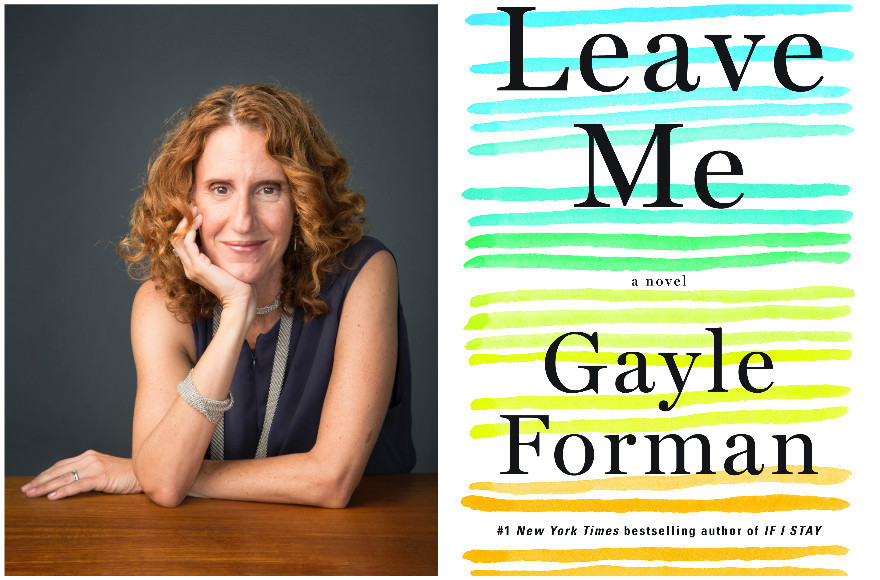 There’s a bit of fantasy lived out in the first adult novel by best-selling YA author Forman. Frazzled mom and magazine editor Maribeth Klein — who is recuperating from a heart attack that she didn’t realize she’d had because she was so busy taking care of her husband and twins — decides to just up and leave it all behind. In the course of relishing and reconsidering her newfound freedom and new relationships, Maribeth finds some of that perspective that always seems to come with distance. Though Forman ties up all loose ends YA style, this understatedly feminist, character-driven novel about facing fears and owning up to secrets is highly readable and relatable. 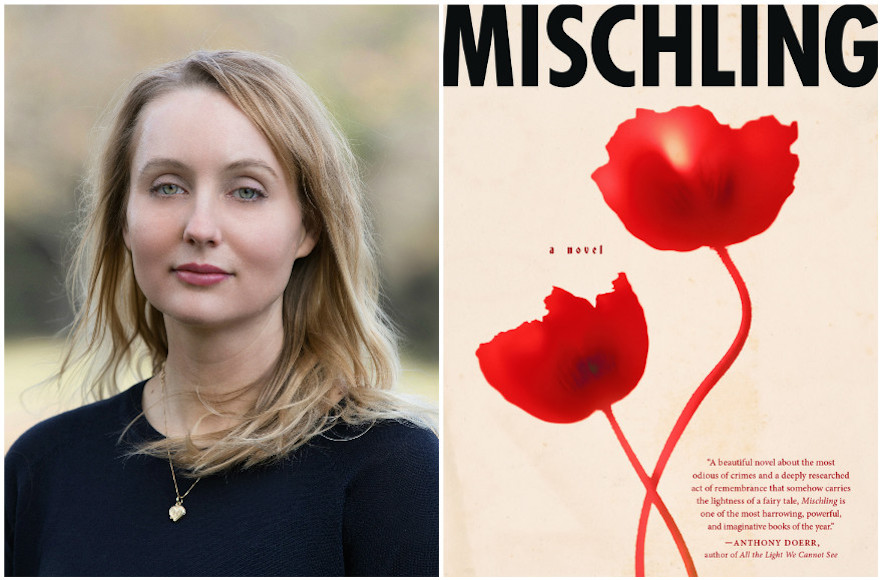 Here’s another dramatic, beautifully rendered tale that begins at Auschwitz in 1944. Pearl and Stasha Zagorski are identical twins — part of the experimental population of siblings known as “Mengele’s Zoo” who were subjected to horrors that would be unimaginable if Konar didn’t imagine them so vividly in her debut novel. After Pearl disappears and the camp is soon liberated by the Red Army, Stasha pairs up with a boy, also a twin, who is driven by vengeance and the hope that his lost sibling is also still alive. In their quest through devastated Poland and a world forever changed, the story manages to go beyond the expected in Holocaust fiction.