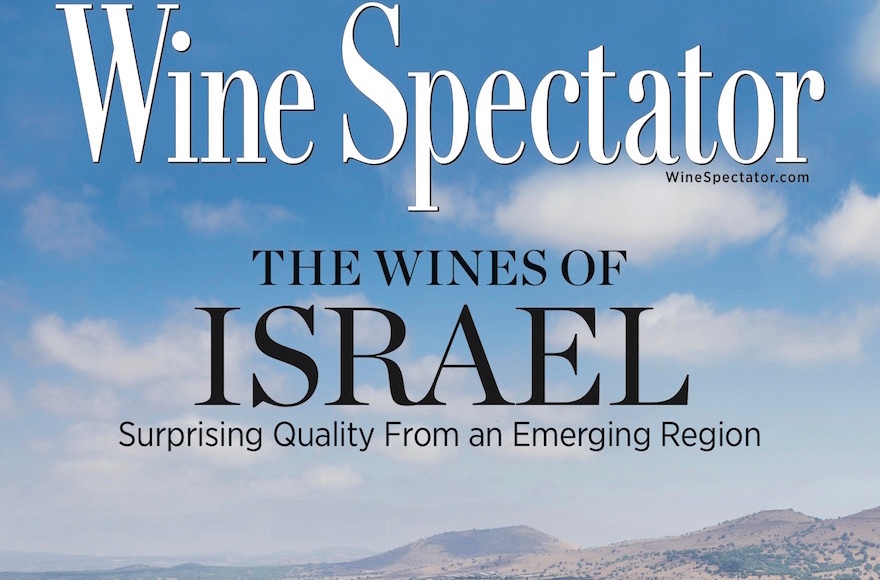 The links between wine and Israel date back to biblical times  — wine is central to Jewish ritual and is mentioned in the Bible countless times. (One example, from Psalms 104:15, praises God for making “wine, which cheers man’s heart.”)

And now, Israeli viticulture is prominently featured in a different bible of sorts: On the cover of Wine Spectator magazine.

In its latest issue, the wine connoisseurs must-read is shining a spotlight on Israeli wines. And through in-depth research, Wine Spectator arrived at a “surprising” fact: Israeli wines are good.

So good, in fact, that vintages from the Jewish state received the highest ratings they had ever received  — more than a quarter of the 120 wines sampled received an “outstanding” score of at least 90 out of 100.

Featured topics in the magazine, out Tuesday, include the history of Israeli winemaking, a guide to wineries in the Jewish state and a feature on U.S. kosher wine giant Royal Wine Corporation (distributor of kosher wines from around the world and maker of the beloved Kedem grape juice). 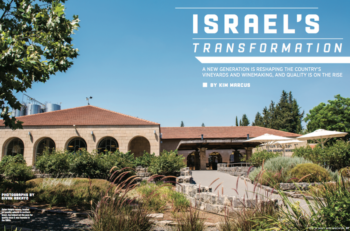 The magazine’s cover line, “The Wines of Israel: Surprising Quality From an Emerging Region,” hints at the fact that, until recently, Israeli wines were largely unknown outside the kosher market.

“It’s surprising for a lot of people that there are wines from Israel,” said Wine Spectator’s managing editor Kim Marcus, who traveled there to report the story.

“The improving quality of Israeli wine is a very good indication as to what the future may hold,” Marcus told JTA. “Israeli wines are becoming recognized for their quality outside the Jewish community — that’s a good thing for Israel and Israeli wines.”

As for Jews who like to kvetch about the quality of kosher wines, take note: A wine being certified kosher “has little apparent bearing on wine quality,” Marcus asserted in his story.

In fact — move over, Manischewitz — almost all of Marcus’ top picks are certified kosher. Here are five of them, all kosher, as featured in the story:

Galil Mountain Yiron Galilee 2013, $32 (92/100)
This red is rich and plush, with a deep well of blackberry pie, dark plum and hot stone flavors that fold together seamlessly.

Domaine Du Castel Grand Vin Haute-Judée 2013, $80 (91/100)
A firm and elegant red, with flavors of dried berry and cherry, accented by notes of savory herb. Made in a Bordeaux style.

Overall, Israeli wines have improved in quality in the last five to eight years, Marcus said — and international retailers have taken notice.

Marcus noted that four Israeli wines are on the list at The Modern — which he deems as one of the best restaurants in New York — which underscores that “there is recognition that Israel is out there,” he said, “putting its best foot forward.”