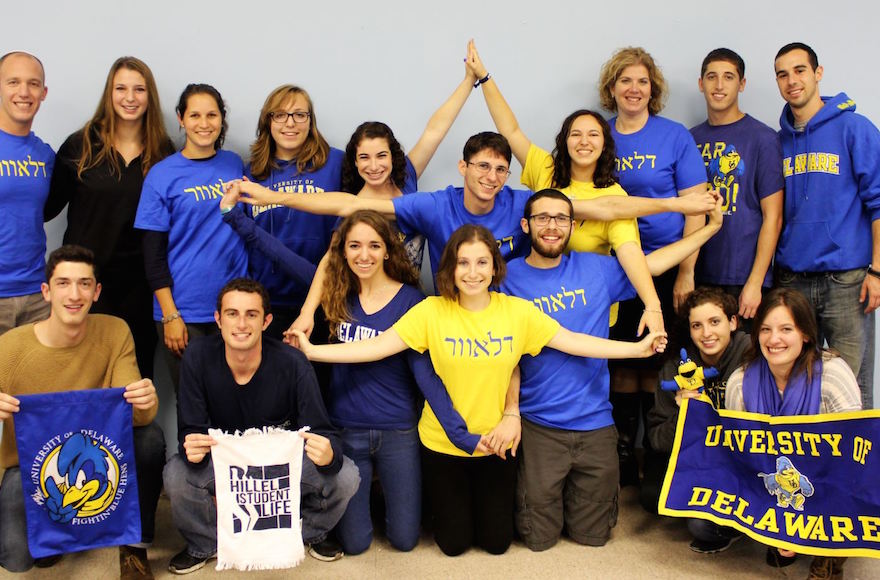 This is the second installment in “The Climate on Campus,” a four-part series of op-eds on how students and institutions are meeting the BDS challenge.

NEWARK, Del. (JTA) — My social media exploded earlier this month with dozens of Facebook notifications, texts and group messages from across the country. JTA had published one of my favorite photos, with our University of Delaware Hillel students dressed in blue and yellow, their hands outstretched to form the Star of David.

The photo illustrated an article, an op-ed by Arnold Eisen, the chancellor of The Jewish Theological Seminary, titled “Jewish pride on campus is under siege. Here’s what your kids can do to fight back.”

While Chancellor Eisen focused on what Jewish students can do to fight anti-Semitism and anti-Israel bias on campus, the headline could have led readers to the false inference that the University of Delaware is an example of a campus under siege.

We certainly don’t see our campus that way, and I doubt many of my colleagues at Hillels across the country and around the world believe they are “under siege.” In fact, the number of anti-Israel Boycott, Divestment and Sanctions activities on campus declined in the past academic year.

Because Hillel directors are on campuses every day, and have been for years, they have the relationships to effectively mitigate these incidents and minimize their effect on the daily experiences of Jewish students. My colleagues and I regularly meet with university administrators, student life deans, local law enforcement and our Jewish community partners to prepare for these incidents and respond proactively when needed.

While protests against Israel and anti-Semitic incidents are certainly unwelcome on campus, they have an unintended consequence of building and strengthening the Jewish community, and fortifying the resolve of students and community members to advocate for their beliefs. 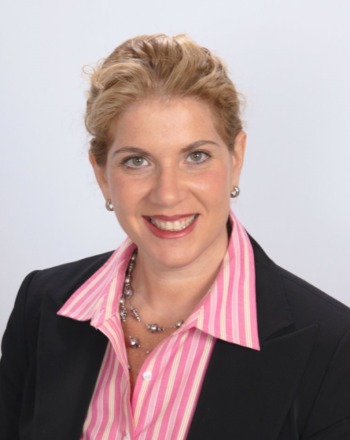 Two years ago, when Students for Justice in Palestine promoted their “Israel Apartheid” week on our campus, we heard from students, alumni and parents with whom we’d never had contact before. Many wanted to know what they could do to help, how they could get involved and what our plan was. Our local federation, Hillel International and other Israel partners all stepped in to make sure we and our students felt supported. They saw the help our campus was getting and rallied around engaging their peers in conversations about Israel.

The challenge of anti-Israel activities can also be an opportunity to revisit how Hillels discuss, debate and program around Israel. We have hired an Israel engagement associate, who specifically focuses on building bridges with students individually and other organizations on campus. We now have a stronger commitment to what we believe and to be heard, so that no one perceives theirs as the only side of the debate.

The results speak for themselves. More than half of the University of Delaware’s Jewish students are involved in Jewish life on campus. Between Hillel and Chabad, we send more than 200 students to Israel each year. We have more than 150 students in leadership positions or interning at Hillel, and more than 20 of those are focused on Israel.

While anti-Semitic and anti-Israel activities do occur, many of the same campuses that experience these negative moments are also places where Jewish life is thriving, and Jewish students are educated, engaged and taking pride in who they are and the community in which they associate.

Take Hannah Greenberg. When she came to U.D. as a freshman last year, one of her biggest fears was facing anti-Semitism on campus. Now she proudly displays a mezuzah on her dorm room door. Other students use it as an opportunity to ask questions and to learn more about different beliefs, not to bash Jews or Israel.

“Being a Jew on campus has not lessened my pride,” she told me. “It has caused it to grow. Being faced with different ideas than your own does not cause pride to disappear. It gives you a reason to feel that pride, and to be proud of your beliefs and traditions.”

Jewish students at the University of Delaware are proud to stand up for what they believe in. The strong Jewish community we have built is palpable from that photo. And that is the best defense for any attacks on our community and our homeland that are to come.

(Donna Schwartz is the executive director of the University of Delaware Hillel.)