What Jewish students can, and should, learn from Israel’s critics 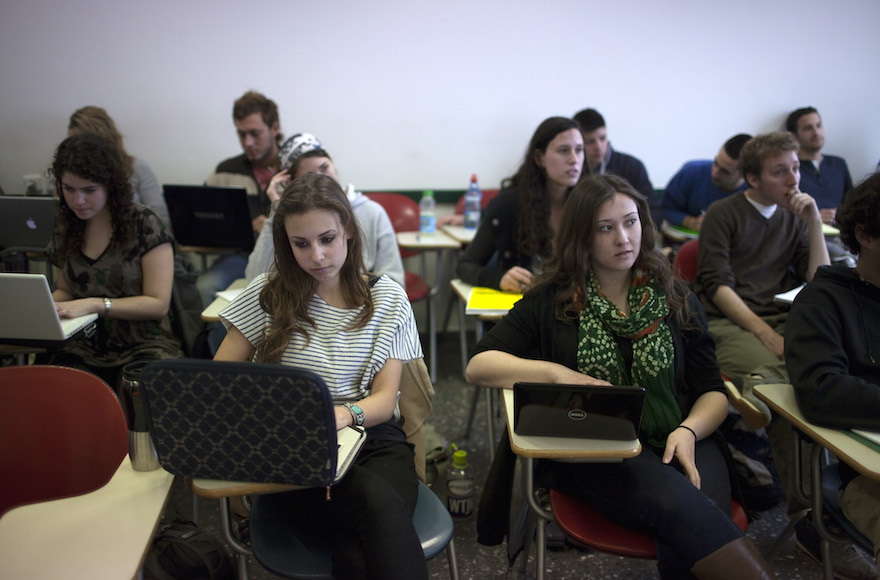 This is the third installment in “The Climate on Campus,” a four-part series of op-eds on how students and institutions are meeting the BDS challenge.

(JTA) — As university professors, as committed Jews and as friends, we were puzzled by Arnold Eisen’s recent op-ed for JTA, “Jewish pride on campus is under siege. Here’s what your kids can do to fight back.”

It is not because we disagree with his positions on Zionism, on Israel and Palestine, or on the place of Israel in one’s Jewish identity. No doubt we do disagree with those positions, but that disagreement is “l’shem shamayim,” for the sake of heaven.

It is that Eisen’s advice to young Jews entering college seems so problematic to us.

Eisen, the chancellor of the Jewish Theological Seminary of America, writes that “over 300,000″ young Jewish college students are liable to have their “Jewish selves” shaken “to the core” on college campuses. One would think that college campuses across the country are hotbeds of anti-Semitism and anti-Israelism.

Yet as has been reported in the media, fights over Israel/Palestine simply don’t exist at the vast majority of college campuses in the U.S., and most students, including Jewish students, are apathetic on Israel. Yes, there have been campuses where events have been reported, especially in the Jewish press. Both sides have cried foul. But exaggerating the extent of the phenomenon spreads alarmism in the Jewish community.

And yet, even if we concede that the problem is as great as Chancellor Eisen’s op-ed suggests, we would still disagree with his response to it. We agree that Jewish students should be proud of their heritage, that they should learn about Israel and Judaism. But we don’t agree that Jewish students should avoid faculty and students who, for example, refer to Israel as “colonialist” or worse. What if the faculty at their universities teach that Zionism is a settler-colonialist phenomenon? Should students seek to learn about Israel only at Hillel or by taking Birthright or federation-sponsored trips? 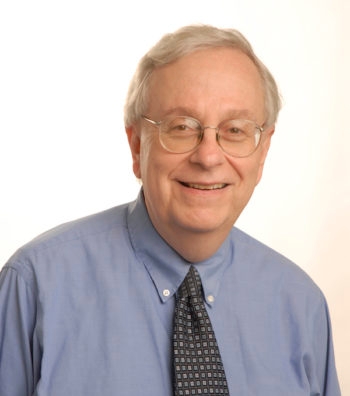 Our advice to all students interested in learning about Israel/Palestine is the same advice we give to students in exploring any area of inquiry: Read a lot of scholarship on the subject. Develop a critical and skeptical attitude toward tendentious, false and unsupported claims in books, on the web or social media, by teachers, and yes, by your religious leaders, parents and friends. This intellectual process may make some students question, and even weaken, their attachment to the State of Israel, or draw them closer to the struggle for Palestinian rights. It may or may not strengthen their commitment to Israel. Whatever the outcome, students should engage in this process.

Students should come to understand that terms of opprobrium such as “anti-Semitism,” “Islamophobia,” “genocide” and “apartheid” have different meanings in different contexts, and these meanings can change and be debated. We hope they will learn why Zionism can be seen both as a movement of national liberation and as a form of settler colonialism, as both or as neither. They should understand why a boycott movement in the name of human rights can be supportable, even where there are worse human rights abuses elsewhere, as, for example, the Montgomery bus boycott or the Jewish student-led boycott against the Soviet Union.

If we simply tell students what position to have, or provide them with the standard hasbara arguments, then when they meet a professor or read an article that presents contrary arguments, advice that they should “keep an open mind” will ring hollow. There are many Jewish students who support and even lead campus chapters of Students for Justice in Palestine because they empathize with the plight of the Palestinians, or because, as Jews, they wish to fight against violations of Palestinian rights. Many of those Jewish students see Palestinian civil rights as part of the prophetic mission, as Rabbi Abraham Joshua Heschel saw the civil rights movement in this country. Many are “shaken to the core” because of the actions of the Israeli government and their supporters. What do we say to them?  Do we label them as “captive children” or “inadvertent sinners”? Do we say to them, “Return, ye backsliding children!” Do we treat them, as some have suggested, as Jews for Jesus, and exclude their activities from Jewish spaces on campus? 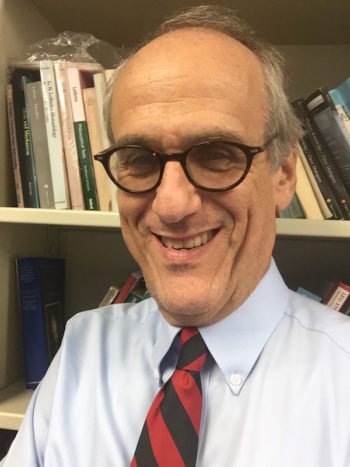 We believe we should welcome these students into serious dialogue within Jewish spaces. And, most importantly, we strongly believe that the leaders in our community should not provide any student with misinformation or demonize those with whom we disagree. Contrary to Eisen’s op-ed, for example, the Palestinian BDS National Committee website does not stand against the very existence of  Israel nor blame Israel for the failure of the peace process. In fact, the BDS movement website calls upon Israel to comply with international law, which Israel cannot do if it no longer exists.

We understand the positions of those who embrace the efforts to boycott, divest from and sanction Israel, as well as those who reject it. However, we cannot understand – and we believe thoughtful students do not understand — those who would demonize the movement by imputing hidden motives to it. Such accusations do not foster the very kind of intellectual give-and-take that university faculty and administrators should value.

By all means, let us call on Jews and non-Jews to study Jewish civilization in all its varieties, and to be proud of those elements that rightly inspire pride. Let them study the history and context of Zionism, the rise of the State of Israel, the Palestinian Nakba and a host of other issues, critically and empathetically.

But let us not assume that the goal of this study is to produce better-informed supporters of the State of Israel. The purpose of education for Jewish students is not to know what answer to give the “Israel basher,” but rather to understand a deeply problematic situation and draw the conclusions they feel warranted to draw, whatever those may be.