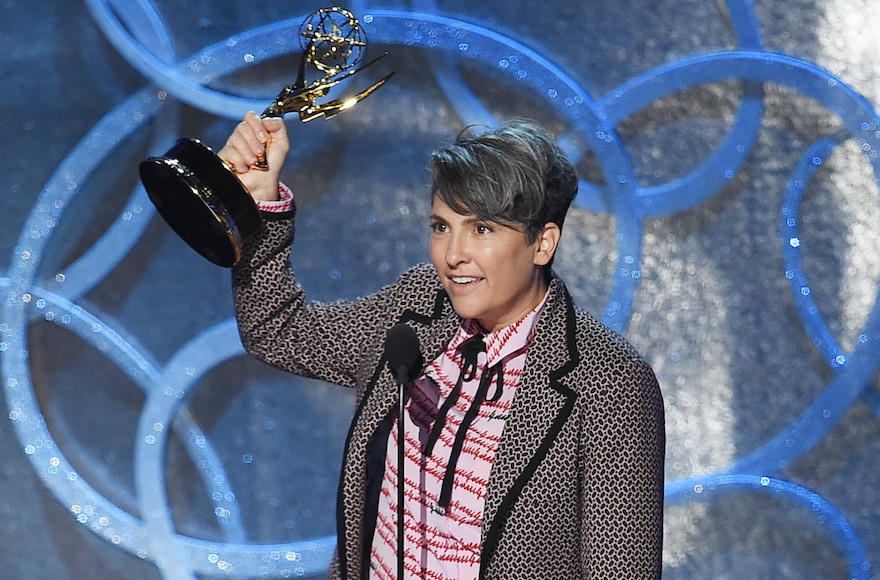 The Emmys took a shine to Jewish talent on Sunday in Los Angeles on a night that Soloway compared Republican presidential nominee Donald Trump to Adolf Hitler in widely reported remarks.

Speaking to reporters backstage after winning her award, Soloway said Trump is “the most dangerous monster to ever approach our lifetime. He’s a complete dangerous monster and at any moment that I have to call him out for being an inheritor of Hitler I will.”

“Jews were other-ized in Nazi Germany to gain political power for Hitler, and right now Donald Trump is doing the same thing,” she said. “He’s other-izing people. He calls women pigs if they don’t look like beauty pageant contestants; he blames Muslims and Mexicans for our problems; he makes fun of disabled people. This is other-izing with a capital ‘O.’”

Other Jewish winners included the Australian actor Ben Mendelsohn, the descendent of an old Prussian Jewish family on his father’s side, who garnered the prize for supporting actor in a drama for his role in “Bloodlines.”

David Benioff and Daniel B. Weiss were honored for outstanding writing for the “Game of Thrones” episode “Battle of the Bastards.”

Susanne Bier took top spot as director of “The Night Manager” in the limited series, movie or dramatic special category.

Among the evening’s disappointments was a strikeout for Amy Schumer, who had been nominated for four acting and writing awards, and the slighting of Larry David’s impression of Bernie Sanders in “Saturday Night Live.”