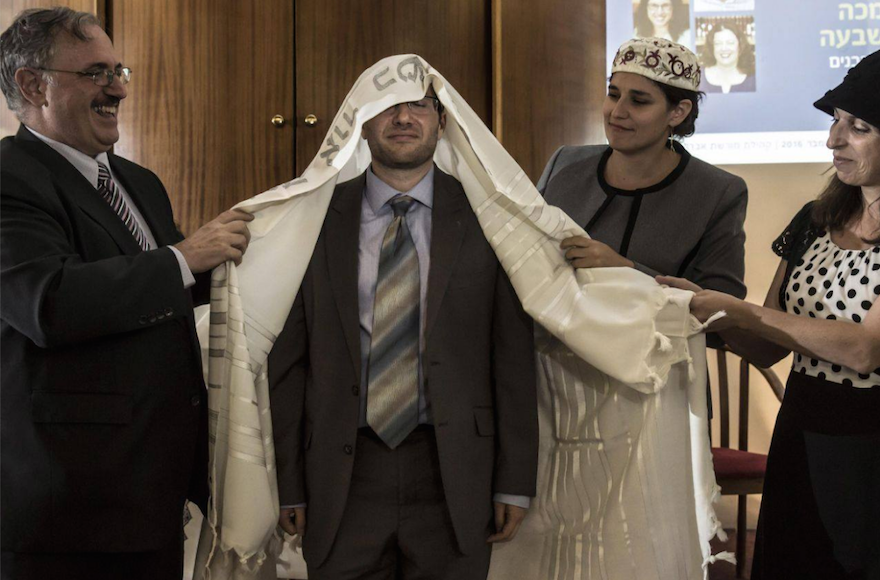 Arie Hasit was one of Mark Zuckerberg's suitemates at Harvard. (Facebook)
Advertisement

Facebook founder Mark Zuckerberg lived with six suitemates at Harvard as he worked on launching the social media site 12 years ago. Three of those suitemates went on to become co-founders of Facebook. One of the three others who didn’t wound up taking a drastically different path: He’s now an ordained rabbi in Israel.

Hasit did try to hop on the Facebook train while living with Zuckerberg, but was reminded that didn’t have any computer science skills. He graduated from the Ivy League school in 2005 with a double major in history and Near Eastern languages and civilizations. His senior thesis focused on Israeli hip-hop.

“They were like, ‘Arie, we like you and you’re our friend,’ and that was definitely true, we’d continue to hang out socially, ‘but no, you don’t have anything to offer here,’” he told the AP.

Hasit did become Facebook’s fourth-ever user in 2004, after Chris Hughes and Dustin Moskovitz.

In August he moved to the small Israeli town of Mazkeret Batya, where he’ll lead a congregation — and make about $25,000 a year after taxes. “[E]very time I go into overdraft, I do wonder if it would have been smarter to join them,” he said.

Another small consolation prize came in the film “The Social Network,” David Fincher’s 2010 cinematic telling of the early days of Facebook. After graduating from Harvard, Hasit enrolled in the IDF. Benjy Rutland, one of his fellow officers, recalled seeing Hasit light up when a scene in the film featured a kippah-wearing student playing drums (Hasit liked playing drums).

“He was happy there was something he could sort of hang his hat on,” Rutland said.