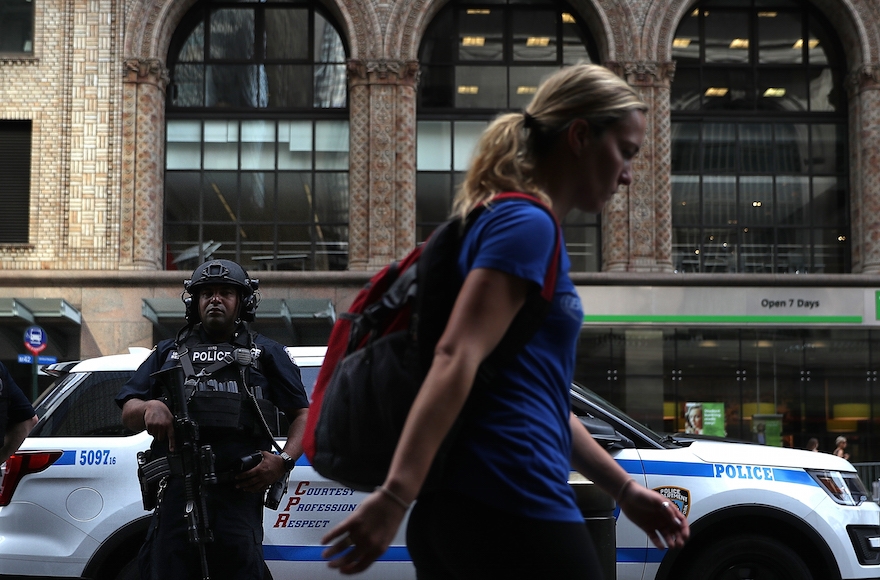 In the hours after the bombings Saturday in New York and on the Jersey Shore, the phrase became an instant slogan for New Yorkers’ purported coolness under fire. Attributed to a witness of the bombing that injured 31 people in Manhattan, one of three apparently attempted by a New Jersey man apprehended Sept. 19, it quickly spread online.

Media commentators soon picked up on the meme of New Yorkers’ resilience.

On “The Daily Show” Monday night, host Trevor Noah made light of news footage of New Yorkers complaining about being mildly inconvenienced by the bombing. BuzzFeed highlighted tweets by New Yorkers debating which of Manhattan’s ill-defined neighborhoods should be properly identified as the site of the bombing.

People calling into NY1 who were on the block when the explosion happened? Full NYC calm. "I heard the explosion, then went to the deli."

Over here in Israel, a country that prides itself on how quickly it recovers after a terrorist attack, experts on social resilience agreed that Americans are rightly impressed by New Yorkers — though they said Saturday’s bombings, which had no fatalities, was not a particularly severe test. While Israelis have been prepared for terrorism by decades of experience, they said, New Yorkers may develop resilience just by living in the hectic city.

“If you have past experience with continuous disruption it helps, it helps to be prepared for disruption caused by terror,” Meir Elran, the lead researcher on homeland security at the Institute of National Security Studies, a leading think tank in Israel, told JTA.

“As we say in Hebrew: Shit does happen. I think New Yorkers may be uniquely aware of that.”

In social science, resilience can be defined as a society’s ability to bounce back from a disruption, or an event that interferes with daily life. The faster a society returns to normal following a disruptive event, like severe violence or a natural disaster, the more resilient it is said to be. The more disruptive the event, the longer it will take to return to normalcy.

Past experience of disruptions and social capital are major predictors of resilience.

“It is true that people are resilient in general. Otherwise the human race would not have sustained itself for so many generations through so many various disruptions,” Elran said. “It is also true that there are societies that are more resilient than others, and the rate of resilience of a society depends to a great extent on past exposure to disruptions and how socially and economically well off it is.”

Unfortunately, Israel has dealt with regular disruptions by Palestinian terrorism since before its founding. Rather than collapsing, the society has strengthened, including by gradually and haltingly improving its preparation.

After the second intifada and the Second Lebanon War, both in the 2000s, Israel shifted its security doctrine to include protecting the homeland rather than only taking the fight to the enemy. The state built a security barrier with the West Bank, developed missile defense systems and restructured its Home Front Command, among other things. (On Tuesday, sirens sounded across Israel as part of a national preparedness drill, a practice introduced after the Second Lebanon War.)

At around the same time, observers have said, there was a shift in the way Israelis thought about themselves. Matti Friedman, a former correspondent for The Associated Press, said in his new book that Israelis by 2000 had given up on reshaping the Middle East, be it through Oslo-like compromise or Lebanon War-like force.

“When these things began to be clear, something interesting occurred,” Friedman wrote in “Pumpkinflowers.” “People in Israel didn’t despair, as our enemies hoped. Instead they stopped paying attention. Our happiness would no longer depend on the moods of people who wish us ill, and their happiness wouldn’t concern us more than ours concerns them.”

Speaking to JTA from Jerusalem, he said: “There have been stabbing attacks here over the last few days. The city is completely unaffected. It hasn’t come up in people’s conversations. It hasn’t affected people’s plans that I know of. If the intention is to disrupt people’s lives and make them afraid, it’s not working.”

Deeming Zionist slogans outdated, Friedman in his book suggested a new one to rival New York’s: “On the bus.” This was the terse answer an Israeli soldier named Harel gave to an interviewer who in 2000 asked how he managed to return to Southern Lebanon after his entire platoon was killed in the helicopter crash that ultimately led to Israel’s withdrawal from the area. 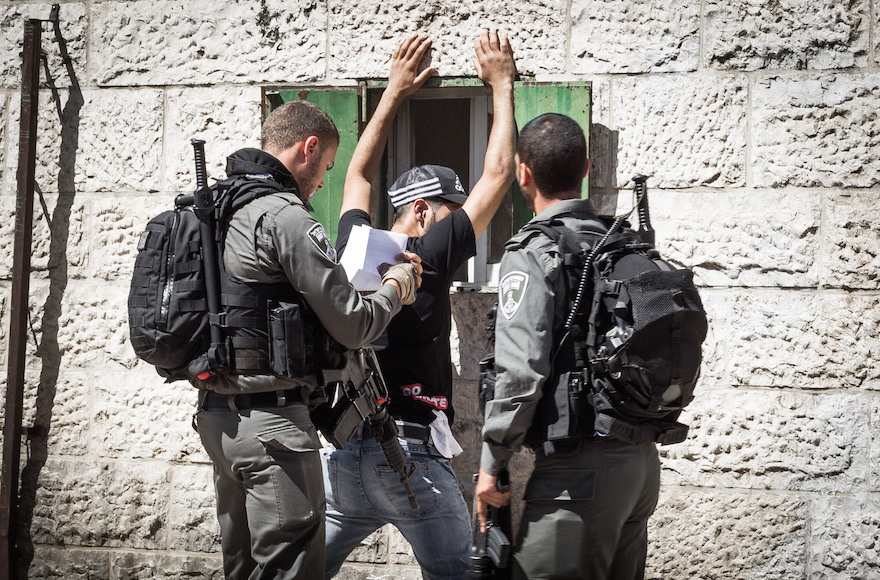 Of course, New Yorkers have faced terrorism, too, most notably the world-shaking attacks of Sept. 11, 2001. Like Israel, New York and the United States, traumatized by the attacks, responded by becoming more prepared. The creation of the New York Police Department’s Counter-Terrorism Bureau and the U.S. Department of Homeland Security and Transportation Security Administration are just a few examples. But terrorism is not part of daily life in the Big Apple the way it is in Israel.

“The situation in New York is still fundamentally different,” an Israeli researcher on social resilience told JTA on condition of anonymity because of the public nature of his policy work.

“Attacks like those [in New York and New Jersey] this week are sporadic, quite rare events that contradict the usual story of life in New York City. So for now at least, it is possible to ignore terror as part of a shared reality there.”

Elran said the level of disruption caused by the bombings was “very low.”

Still, the American celebration of New Yorkers’ resilience to terrorism has empirical backing, the researchers said. Studies have found the first responders and the public in general returned to normal life remarkably quick after 9/11, in many ways within a few weeks.

New Yorkers may be resilient to terrorism despite relatively little experience in part because the intensity of living in the city involves near constant disruption on a small scale, according to the researchers.

“Events happen here very quickly, and in New York, it is also the case,” said the social resilience researcher in Israel. “People there experience work-related stress and life is very intensive.”

Elran said it takes a certain degree of sophistication to understand that things are not always going to be stable.

“New Yorkers, with their diversity of experience, can been seen as people who are more accustomed to disruption,” he said. “And it helps that they tend to be socially and economically well to do.”

Israel, too, has flourished socially and economically despite the constant threat of terrorism. The nation’s adaptability, arguably informed by its challenges, has made Israel a world leader in technology and security. But there are downsides, the social resilience researcher said.

“There is no magic way to avoid paying a price,” he said. “In Israel, there are high levels of frustration and aggression, and you know what the driving culture here is like.”

Anyone who has taken the New York subway during rush hour may be able to relate.

Arab lawmaker Aymen Odeh wants to save the Israeli left, but not join it