Feminist? Yiddish speaker? This millennial’s podcast is for you 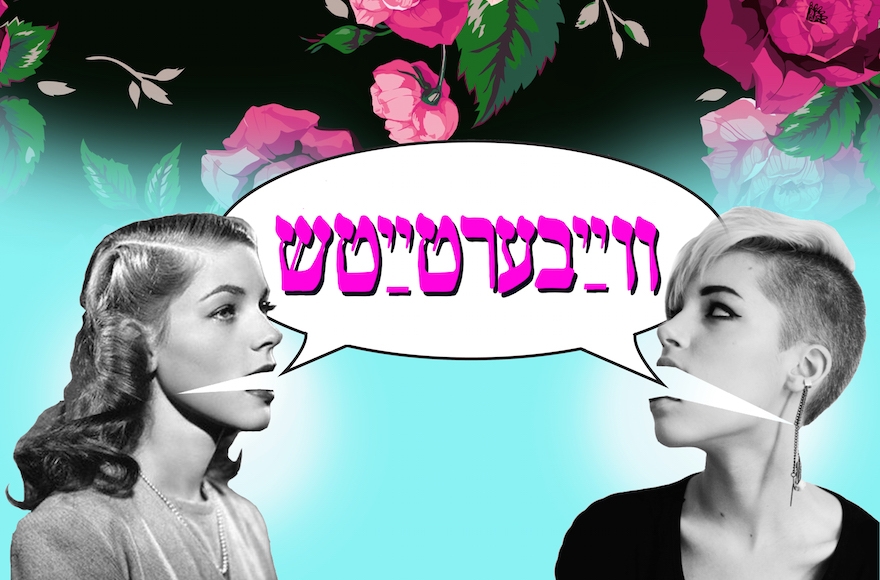 If you’re a Yiddish-speaking woman, Sandy Fox wants you on her podcast.

Fox is the millennial “balaboosta,” or host, of Vaybertaytsh, a new feminist, Yiddish-language podcast that aired its first episode on Tuesday. She hopes to interview women and feature their music, writing and other creative work every two weeks — all in Yiddish.

It’s not going to be the next “Serial” — and Fox is fine with that. Even so, two days after it premiered, the podcast had drawn some 300 listeners.

By day, Fox, 27, is writing her doctoral dissertation on American Jewish summer camps and youth groups after World War II.

JTA spoke with Fox about how she got into Yiddish, why she started the podcast and what its name — Vaybertaytsh — means.

JTA: Why did you decide to start a Yiddish podcast?

Fox: I wanted for a long time to do something creative in Yiddish. Once you speak Yiddish to a certain degree, and once you can write it, the first thing you get asked by various forms of Yiddish media is to write. The last thing I want to do when I’ve closed my dissertation for the day is write again. The more new forms of media we can create in Yiddish, the better.

I learned Yiddish by listening to my friends speak Yiddish until I could speak. I guess I believe there are other people out there like me who learn that way. A podcast might be a way also to draw people into Yiddish because they might listen to it and say, “Oh, I do kind of understand a little bit of this.” Let’s say they have a little bit of background in German or Hebrew. While reading a text, picking up and reading Sholem Aleichem is a very intimidating act. 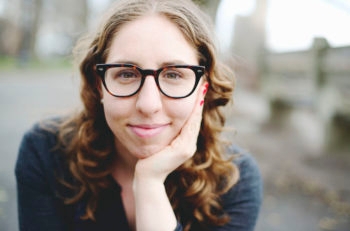 Sandy Fox, 27, started a podcast in Yiddish to create a space for Yiddish-speaking women to share their creative work. (Courtesy of Fox)

How did you come to learn Yiddish? Do you believe there’s a value in spreading it?

I originally started just because I had to take a language exam for my graduate program. I really fell in love with it, with the language, with the way it sounds. For some reason, it felt really natural coming out of my mouth in a way Hebrew actually never has. Even though I have this really strong American accent in Yiddish, it feels natural to me to be speaking Yiddish.

Linguistic diversity in general is very important. One thing that makes me a little sad about Israel is, as great as it is that Hebrew is a success here, it’s a bummer that all sorts of Jewish languages kind of got thrown under the bus in that process. Yiddish happens to be the language of my ancestors, but I would also love to see more people learning Ladino and Judeo-Arabic.

How many people are going to listen to a podcast in Yiddish?

Obviously the audience will be limited, but that’s actually good because I feel like it’s going to be this intimate audience that I can be myself in front of. I don’t have to worry so much about what I say. It’s kind of great. It’s like speaking to family.

There are a lot of Yiddishists. Also haredim, Hasidim, they access a lot of today’s Yiddish media, like the Forverts [the Yiddish Daily Forward] all the time, and I wouldn’t be surprised if I end up getting a cohort of Hasidim who are listening. Whether or not they’re “supposed to,” [it’s] not my business.

Why did you decide to make the podcast specifically feminist?

There were all these feminist radio collectives on college radio in the late ’70s and ’80s. I’m pretty inspired by that idea. Women in the media, we still constitute such a small percentage of the people at the helm. I sort of wanted to combine these interests — Yiddish and feminism.

In terms of the people I know who speak Yiddish, there’s sort of a trend that women are more timid to speak. I thought it was time to create a space for women to create things in Yiddish and not to worry so much about making it perfect.

There’s only one rule on the program, and that’s that we should not excuse ourselves for our Yiddish. I hear a lot, and I really only hear this from women: “I’m so sorry, my Yiddish is just so bad.” There’s always that element of making the excuse before you’ve even opened your mouth.

What kinds of things are you going to feature?

Basically it’s all an experiment, so whatever people want to do I’m pretty much down for. I personally am really interested in doing some interviews with Yiddish-speaking women from all different parts of society — Hasidim, ex-Hasidim, older people, younger people, secular people, Israelis, Americans, Europeans, all across the spectrum.

The next episode will be an interview that I’m conducting this week. She’s a baal teshuvah [newly religious] Hasidic woman.

How did you choose the name?

Vaybertaytsh was commentaries on the Torah that were written in Yiddish by men for women in Eastern Europe. Women did not get, usually, a Jewish education in [Hebrew]. They would usually pray in Yiddish, so similarly the weekly Torah portion would be explained in Yiddish with Vaybertaytsh.

“Taytsh” means meaning, or sense. “Vayber” means women. It has so many different ways you can interpret it. It can mean “women’s sense.” It can be like flipping mansplaining on its head: We’re making the sense, we’re doing the commentary for the women, by women. Instead of the way it used to be.

Also, it has a great ring to it — in Yiddish.