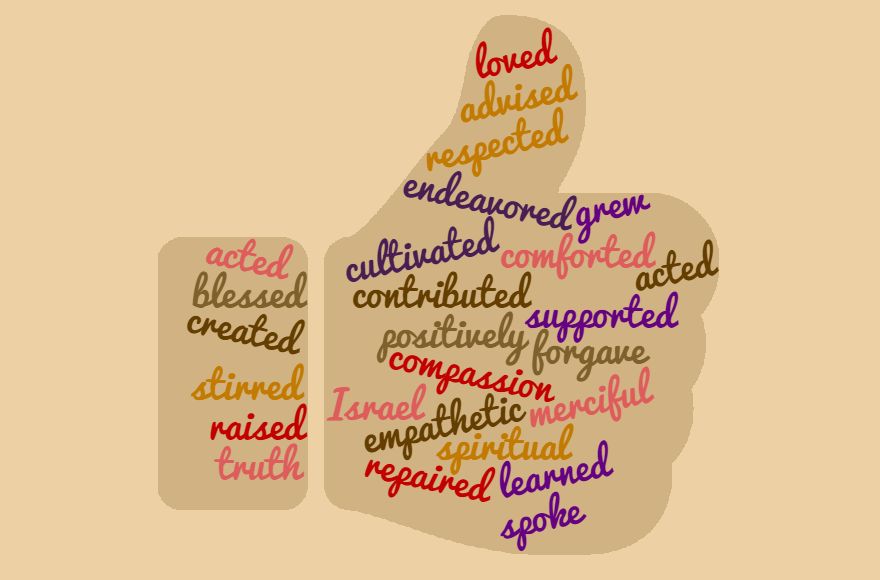 Yom Kippur is a time for confession, as Jews flock to synagogues to recite their sins in a lengthy litany known as the “Viduy.” Striking their hearts, the congregation chants: “we have trespassed, we have dealt treacherously, we have robbed, we have spoken slander….”

The goal of the ritual is to inspire the confessor to do better in the year to come. But what if the opposite is true? What if, as Rabbi Avi Weiss asks, all that confessing leads “to despair, to loss of confidence, even to loss of belief in one’s capacity to do good”?

Weiss, the founding rabbi of the Hebrew Institute of Riverdale, New York, has proposed an “opposite recitation” of the confession, this one focusing on the good things one has done. His inspiration is Rabbi Avraham Yitzchak HaCohen Kook, the first Ashkenazi chief rabbi of what became Israel, who once wrote that just as there is a confession for the bad, there should be a confession for the good.

Below is Rabbi Weiss’ “opposite” confessional, which he shared with members of the Hebrew Institute on Oct. 1:

הֶעֱלִינוּ, וְחַסְנוּ, זֵרַזְנוּ
We have raised up, we have shown compassion, we have acted enthusiastically,

חָמַלְנוּ, טִפַּחְנוּ אֱמֶת
We have been empathetic, we have cultivated truth,

רִחַמְנוּ, שָקַדְנוּ
We have been merciful, we have given full effort,