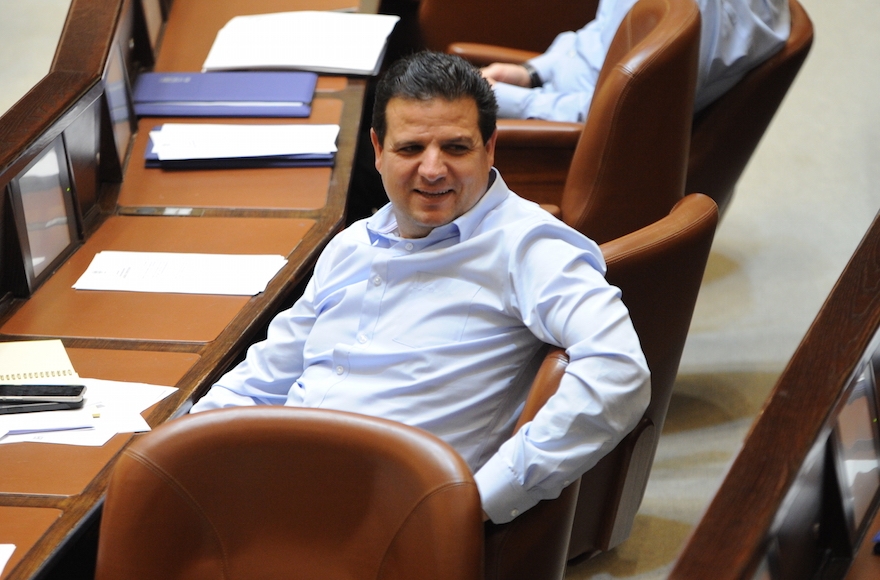 JERUSALEM (JTA) — The government coalition in Israel will shun the parliamentary activities of the Arab Joint List for not sending any representatives to the funeral of former President Shimon Peres.

Defense Minister Avigdor Liberman, head of the Yisrael Beiteinu party, initiated the boycott of the coalition of Arab parties, the fourth largest party delegation in the Knesset. Prime Minister Benjamin Netanyahu is supporting the boycott call.

Liberman called for a boycott of all Joint List appearances and speeches before the Knesset. The party’s actions surrounding Peres’ death are a “red line,” he said.

In response, Joint Arab List head Ayman Odeh told The Jerusalem Post: “Liberman’s initiatives to harm the political representation of Arab citizens only strengthen us, just like his fear-mongering only makes the Joint List greater. We will continue acting in all arenas, including the parliamentary one, to promote peace and equality.”

Odeh explained at the time of the funeral two weeks ago that the issue was “complicated.”

“The memory of Peres in the Arab public is different from the narrative discussed in recent years,” he tweeted.

His party also did not issue a statement following Peres’ death nor send representatives to pay respects at Peres’ coffin lying in state in front of the Knesset the day before the funeral.