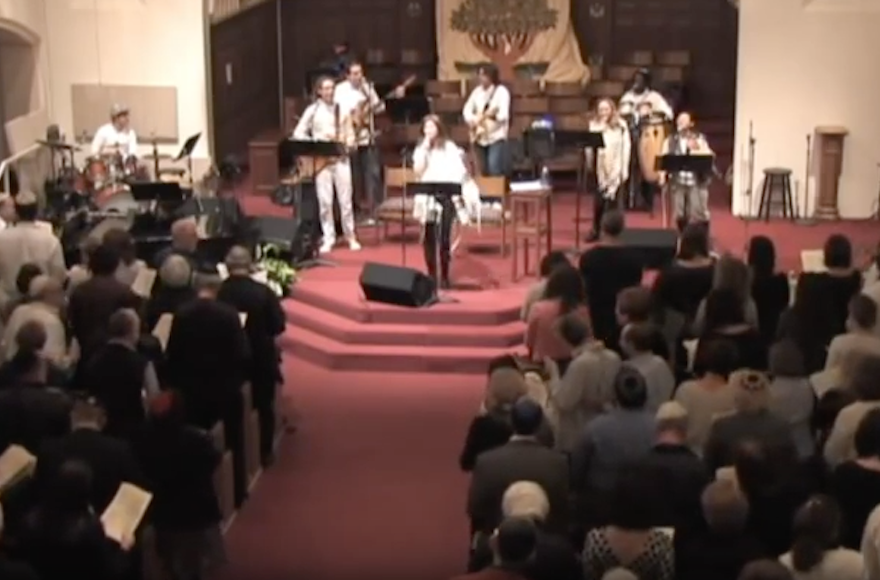 Plenty of American Jews are well known for attending synagogue twice a year, on Rosh Hashanah and Yom Kippur.

Two (or three) days too much? You’re in luck: Forgiveness can be found from the comfort of your couch and the screen of your smartphone.

A growing list of synagogues are live-streaming their Yom Kippur services online, bringing the sights and sounds of Kol Nidre to tens of thousands of Jews.

Owing to traditional Jewish law’s prohibition against using electricity during holidays, the synagogues that offer live streams are all non-Orthodox. Two of the largest Reform synagogues in the United States — Central Synagogue and Temple Emanu-El in New York — both will be live-streaming. Emanu-El, a classical Reform synagogue that counts public figures such as former New York City Mayor Michael Bloomberg among its members, will be offering video of the service after years of broadcasting audio of its cantor, choir and organ arrangements.

A handful of other synagogues across the country and worldwide also live-stream Yom Kippur, from the Reform Temple Sholom in Cincinnati to Temple Beth Israel in Melbourne, Australia.

A live-streamed service that claims to be the world’s largest is being broadcast from Los Angeles. Nashuva, a Jewish “spiritual community” known for its outreach, will be live-streaming to an estimated 60,000 viewers. Led by Rabbi Naomi Levy, a graduate of the Conservative Jewish Theological Seminary and a regular face on lists of the country’s most influential rabbis, the service combines folk tunes and a band including guitars, a piano, drums and a violin. Last year, the customary three renditions of Kol Nidre heard on Yom Kippur eve ranged from a traditional chanting to one accompanied by classical guitar.

Jewish Voice for Peace, which supports Boycott, Divestment and Sanctions campaign against Israel known as BDS, is live streaming services and sermons from several of the movement’s rabbis across the country on Yom Kippur, as it did on Rosh Hashanah. A service to be streamed from a Philadelphia havurah on Yom Kippur afternoon is titled “If I forget Thee O Hebron: An Interfaith Martyrology Service.”