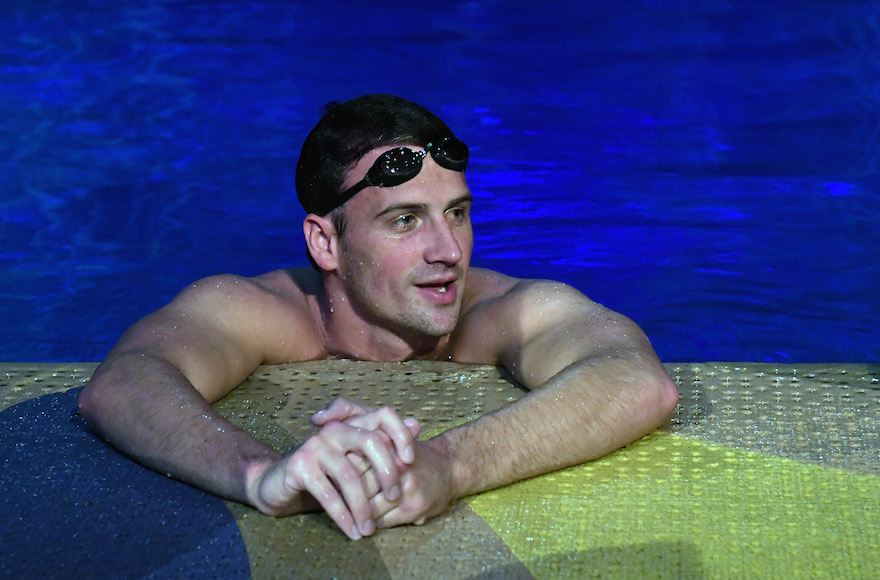 Olympian Ryan Lochte rehearsing for his "Dancing with the Stars" performance with the cast of "O by Cirque du Soleil" at the Bellagio in Las Vegas, Sept. 30, 2016. (Ethan Miller/Getty Images for Cirque du Soleil)
Advertisement

Lochte’s publicist said during an interview with the swimmer and New York Magazine reporter Jessica Pressler published on Sunday that she was able to get away from the office to join the interview at a mall in Los Angeles because work was slow due to Yom Kippur.

“It’s the Jewish Day of Atonement.”

“Wasn’t it their Thanksgiving two days ago?”

“That was Canadian Thanksgiving.”

“Oh,” says Lochte, shifting his hands in his pocket and pulling out his phone, which, as it turns out, has been butt-dialing people.

Lochte, 32, has won six Olympic gold medals, but his image was tarnished after he and three other American swimmers falsely claimed they were robbed at gunpoint during this summer’s Rio Olympics after they had an altercation with a gas station convenience store security guard.

He is currently competing on the latest season of Dancing with the Stars.