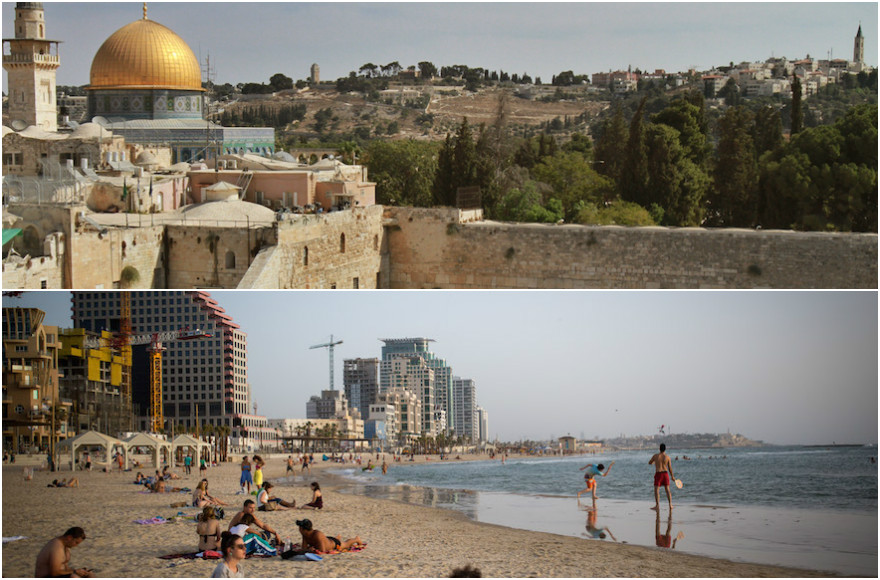 Readers of the luxury magazine Condé Nast Traveler have a thing for Israel.

They voted both Jerusalem and Tel Aviv among the 40 “best cities in the world,” in the magazine’s 2016 survey of destinations outside the U.S., published Monday.

Jerusalem came in at number 28 and was praised for its “cutting-edge art scene” and growing restaurant scene. The magazine elaborates:

Long a place of religious pilgrimage for Christians, Jews and Muslims, Jerusalem is now drawing a different sort of pilgrim: the global traveler. In addition to its significant sacred and religious sights, the city draws visitors with its cutting-edge art scene and a growing number of notable restaurants. Head to the Israel Museum for an exploration of the country’s culture, and stop for a bite at Machneyuda for authentic Mediterranean cuisine.

Condé Nast Traveler readers were even more enamored with Tel Aviv, which the magazine called “one of the world’s most vibrant, diverse cities” and which clocked in at number 17:

With influences from Europe, North Africa, the Middle East and the Mediterranean, Tel Aviv is one of the world’s most vibrant, diverse cities. Hummusiyas and falafel aside, what continues to draw travelers? Notably nightlife and beaches, museums (Eretz Israel Museum, Tel Aviv Museum of Art), and the world’s largest concentration of buildings in the International Style — more than 4,000 of them comprise Tel Aviv’s White City, a UNESCO World Heritage Site.

The world’s top city, according to the readers, was Tokyo.

Last year, Jerusalem was picked by Condé Nast Traveler readers as the 11th best city in the world, but Tel Aviv did not make the list.