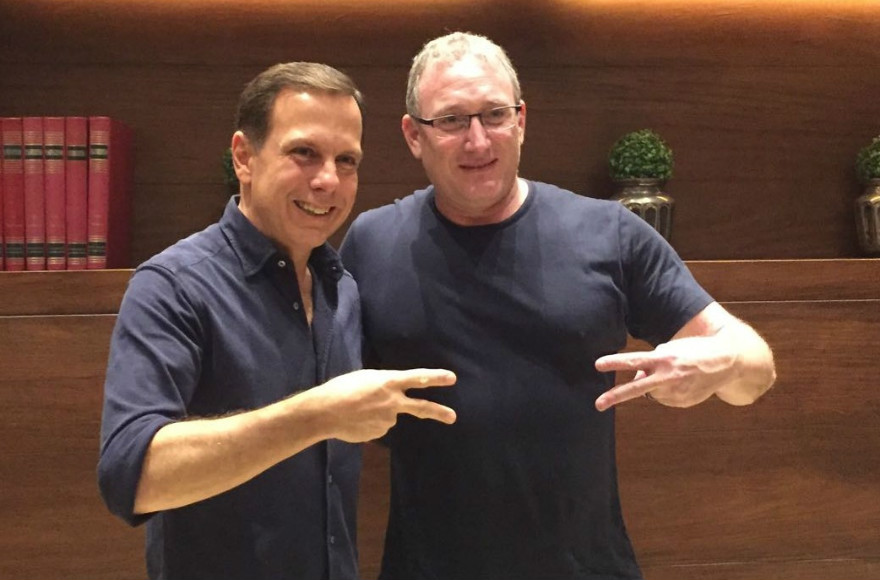 RIO DE JANEIRO (JTA) – The mayor-elect of Sao Paulo, Brazil, has announced his city will use the Israeli traffic and navigation app Waze to help manage the heavy traffic tackled by nearly 20 million people every day.

Joao Doria met Waze’s chief executive officer Noam Bardim on Sunday to discuss how to develop together technology solutions and innovation for urban mobility in the city, the Estadao newspaper reported.

A media mogul and seasoned businessman, Doria will take office as mayor of Sao Paulo on Jan. 1, 2017. He was elected with fifty-three percent of the vote in the Oct. 3 elections. He has tapped sociologist Daniel Annenberg, who is Jewish, to lead his department of digitalization of public services.

“We are planning partnerships in various sectors, both in the mobility and security areas, including an integrated security center to provide data to manage the city better. Noam made himself available,” said Annenberg, who also attended the meeting with Bardim.

In 2011, Doria co-led a visit to Israel with group of twenty top Brazilian CEOs in conjunction with the Brazil-Israel Chamber of Commerce. One year later, he was awarded the Scopus Prize by the Brazilian Society of Friends of the Hebrew University of Jerusalem for his efforts to increase ties between both countries.

“This coexistence gave me a great learning experience and made me even more enthusiastic about the values of Judaism and Israel, a small country where large investments in education and innovation are key pillars,” he said.

“In Israel, I discovered the value of peace, the precise understanding that Israel is not a country that was formed to go to war, but a nation of young men and women who desire peace,” Doria added.

Over the summer, another Israeli mobility app helped Brazilians throughout the streets. Moovit guided some 2 million tourists and local residents to the fastest and safest routes to and between competition venues at the Rio Olympic and Paralympics Games.