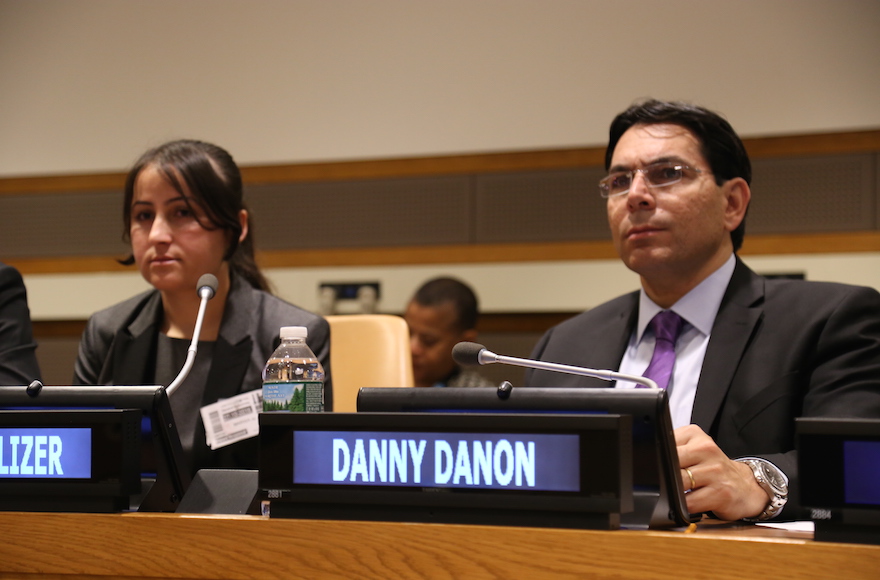 Marwa Al Aliko, a native of Iraq, spoke Thursday during an event at the mission in New York about trauma treatment for refugees fleeing from the terror group as well as conflicts in Syria and her native country. Israel’s U.N. envoy, Danny Danon, hosted the event.

Al Aliko shared testimony of her sexual slavery by Islamic State terrorists as well as other abuses.

“The ISIS fighters took us captive and put us in a small room. We were 52 women. Every night the men would come to us and do as they pleased,”  she told the audience, according to a statement.

She added: “I thought about suicide. They continued to move us from place to place until one day I saw an opportunity and was able to escape.”

Thousands of Yazidi women and girls reportedly are being held as slaves by ISIS. The Yazidis are a Kurdish-speaking religious minority.

“Marwa’s story is difficult to listen to, but it’s a story we need to hear,” the envoy said.  “It’s the bravery of young people like Marwa, who are willing to speak out and tell the world what is happening, that can shake the world’s indifference.”

Other speakers at the event included Ninette Kelley, the New York director for the Office of the U.N. High Commissioner for Refugees, and Yotam Polizer, director of development for the Israeli humanitarian group IsraAid.