This Israeli animation firm wants all US citizens to vote 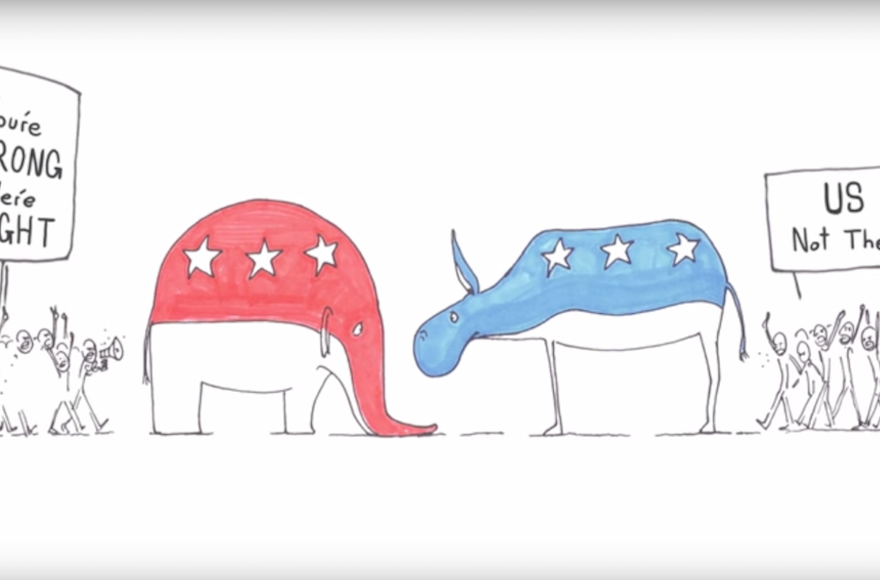 If you answered “Election Day,” then mazel tov.

But it’s not enough to just mark the day in your calendar — you’ve got to actually get off your tuchas and cast your ballot. And White Animation, a Tel Aviv-based studio that specializes in whiteboard animation, has created a short video designed to motivate you to do just that.

The “Gettysburg Redress,” as it’s called, is a clever, pithy animation of Abraham Lincoln’s famous Gettysburg Address — yes, that’s the one that begins “Four score and seven years ago.” At just over two minutes, the video by Whiteboard’s CEO, Pablo Arcuschin, 31, features a multicultural cast of of animated characters. You can watch them in action here:

The famous speech, delivered on Nov. 19, 1863, just over four months after the Union army defeated the Confederates at the Battle of Gettysburg, rallied a war-weary country. With his words, Lincoln recast the Civil War as not just a struggle to preserve the Union — its aim was to uphold the Declaration of Independence’s principle that “all men are created equal.”

As it happens, much of Lincoln’s speech resonates today. Regardless of whether you believe we are engaging in a “great Civil War” at the moment, all Americans can surely unite in the idea that “government of the people, by the people, for the people, shall not perish from the earth.”