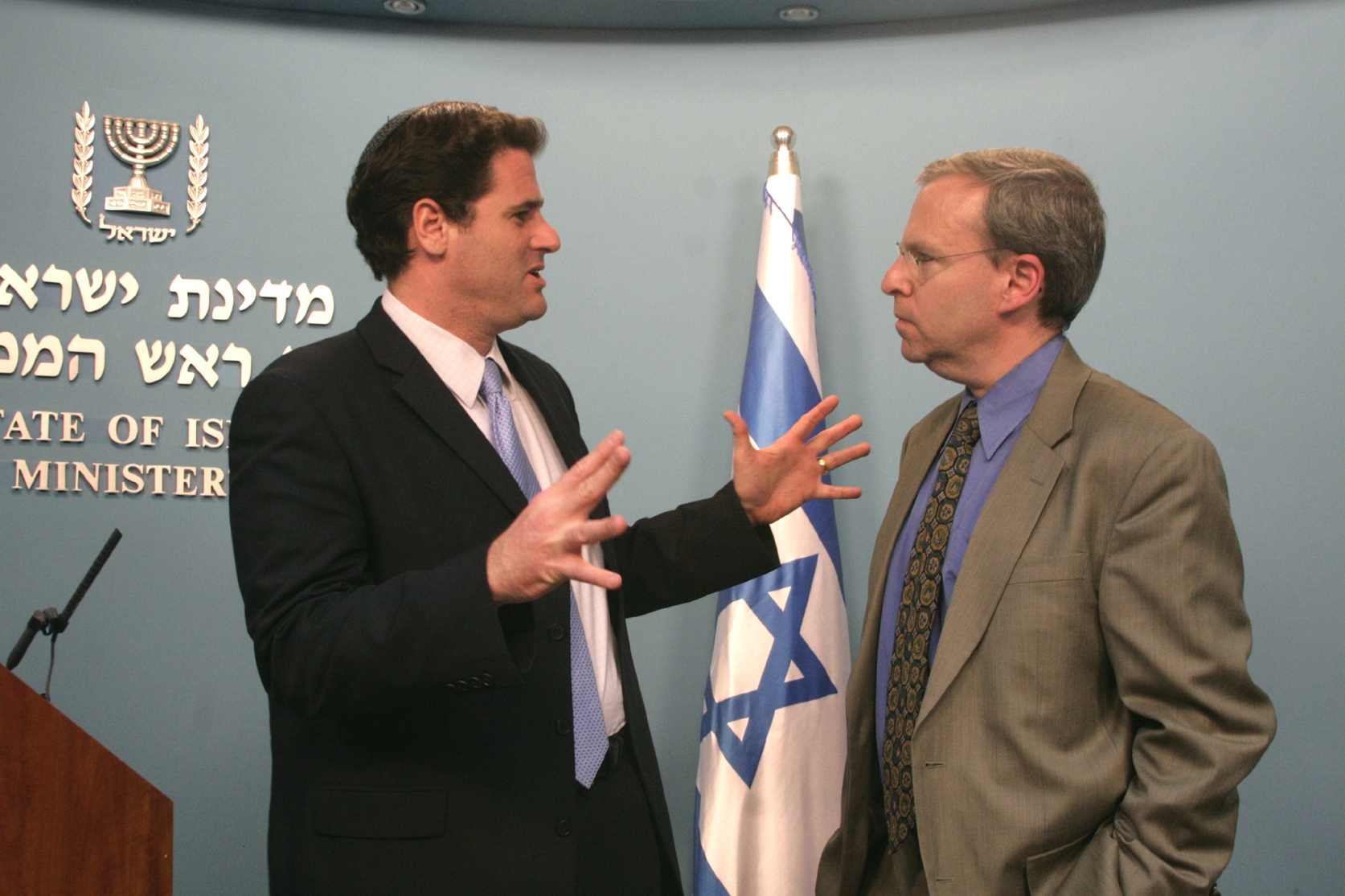 WASHINGTON (JTA) — The Reform movement and other liberal Jewish groups are urging Israel’s U.S. ambassador, Ron Dermer, not to accept an award from an organization deemed by the Anti-Defamation League to promulgate anti-Muslim extremism.

The ADL itself stopped short of asking Dermer not to accept the award next month from the Center for Security Policy, but in a statement urged him to “seize the opportunity to deliver an unambiguous message that there is no place in our society for baseless claims or stereotypes such as those propounded by CSP and that hate directed against Muslims or any minority is wrong under any circumstance.”

Israel’s embassy has suggested that Dermer in his acceptance speech will forcefully reject anti-Muslim stereotypes, but the Reform movement’s Religious Action Center nonetheless called on him to outright reject the award.

“An attack on one faith group threatens people of all faiths,” Rabbi Jonah Pesner, the center’s director, said in a letter sent Thursday to Dermer. “If we strive to be our sibling’s keeper (Genesis, 4:9), we cannot remain silent or tacitly endorse anti-Muslim bigotry.”

The Center for Security Policy is led by Frank Gaffney, a top Pentagon official during the Reagan administration in the 1980s. A lengthy ADL fact sheet on CSP and Gaffney documents how the group has been at the forefront in “promoting the conspiracy theory that America is under threat from ‘Islamization,’ and that the implementation of Islamic law is imminent.”

J Street said it was “deeply disturbed” by Dermer’s attendance.

“The CSP has had a significant role in fueling the fire of the anti-Muslim and anti-immigrant politics that have come to the forefront in the 2016 election cycle,” it said in a statement Wednesday.

“To associate Israel with such a group doesn’t just reveal poor strategic thinking,” it said in a statement. “It damages Israel’s standing in the global community and its ability to relate to the predominantly Muslim nations that surround it.

In a statement to JTA, the embassy suggested that Dermer in his speech will clearly distinguish between militant Islamists and moderate Muslims when he accepts the award on Dec. 13 at a dinner in New York.

“As for the Ambassador’s views of Islam, he has made it clear through dozens of public speeches that Islam is not the enemy,” Itai Bar-Dov, the embassy spokesman, told JTA. “For example, in his speech to the Zionist Organization of America in November 2015, he said: ‘The enemy we face has a name. It’s called militant Islam. Not militants. Not Islam. Militant Islam.’”

Nonetheless, it was clear from Bar-Dov’s statement that Dermer also had admiration for  the CSP. Saying the award was an “honor,” Bar-Dov said Dermer “greatly appreciates the Center for Security Policy’s longtime support for a strong and secure Israel.

The ADL fact sheet on CSP and Gaffney, which was updated this week, noted that in 2010 he called Muslims seeking a permit for a new and larger mosque in Murfreesboro, Tennessee, “stealth jihadists.”

The controversy over the mosque has led to a years-long vilification campaign against the town’s Muslim community that has included vandalism and arson. Jewish groups condemning anti-Muslim bias have cited Tennessee as one of its most fertile grounds for expression.

Gaffney has praised Jared Taylor, a leading white supremacist, as recently as last year. In an essay in the Washington Times in April 2009 — titled “America’s first Muslim president?” — Gaffney asserted that President Barack Obama “not only identifies with Muslims, but actually may still be one himself.”

The fact sheet notes that Gaffney maintains influence within the conservative mainstream; he was an adviser this year to the presidential campaign of Sen. Ted Cruz, R-Texas. Donald Trump, the Republican nominee, has cited CSP in his own broadsides against Muslims.

“Gaffney’s work has also influenced violent extremists,” the ADL asserts. “Norwegian terrorist Anders Brehring Breivik, who killed 77 people in Oslo and Utoya Island, published a 1,500-page manifesto that repeatedly cited the writings of Gaffney and the Center for Security Policy.” Breivik’s massacre was in 2011.

Asked about the controversy, a CSP spokesman, Alex VanNess, told JTA that his group “is very pleased to show our strong support for the State of Israel, the Jewish people, and to present our award to Ambassador Dermer.”

VanNess noted that the statements from the Reform movement and J Street cited in part research from the Southern Poverty Law Center, which works closely with Jewish groups on anti-bias issues, but also has been criticized as partisan in recent years for singling out Republican politicians it deems anti-gay or anti-Muslim.

“The SPLC has turned itself into little more than a highly funded, partisan attack group,” he said.

As for the ADL, VanNess said its recently installed CEO, Jonathan Greenblatt, had led the organization into a liberal tilt, turning  it “into just another partisan group like the SPLC.” Greenblatt has perhaps been the most outspoken mainstream Jewish leader calling out Trump’s broadsides against Muslims.

VanNess noted that while the ADL had, like the CSP, opposed the building of an Islamic community center near the site of the Sept. 11, 2001, terrorist attacks in Manhattan, the group was now citing CSP’s opposition in its fact sheet as evidence of its anti-Muslim bias. (The ADL opposed the 2010 initiative, which ultimately failed, because families of the victims were against the building, but also “categorically condemned” opposition to the center driven by anti-Muslim bigotry.)

Gaffney routinely accuses public figures of attempting to insinuate Muslim control of the U.S. government. Among his targets is Huma Abedin, a top adviser to Hillary Clinton, the Democratic nominee for president. In recent weeks, as the election nears, the CSP and Gaffney have increased their attacks on Abedin and Clinton.

In an odd twist, Abedin’s estranged husband is Anthony Weiner, the Jewish former congressman who was disgraced in a sexting scandal. While he was in Congress, Weiner was close to the Zionist Organization of America, once saying that he came “from the ZOA wing of the Democratic Party.” At the awards ceremony next month, Gaffney’s CSP is honoring ZOA President Mort Klein with the same award as Dermer.