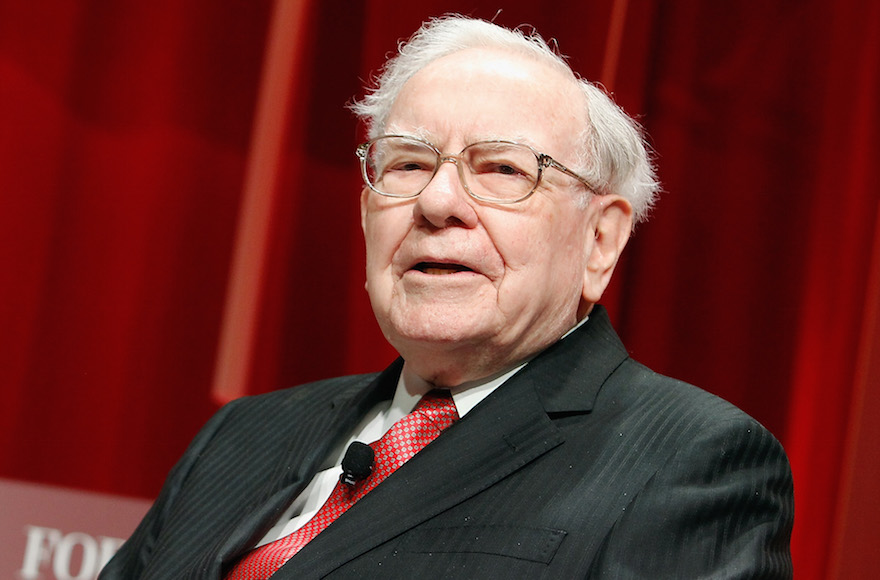 (JTA) — Business magnate Warren Buffett made a $5 million investment in Israel bonds at an event that raised $60 million.

Buffett, whom Forbes ranked as the third richest person in the world with a net worth of $60.8 billion, praised the Jewish state at a State of Israel Bonds event Sunday in Omaha, Nebraska. The 43 attendees had invested a minimum of $1 million each to spend the evening with Buffett, who serves as CEO for the American conglomerate Berkshire Hathaway.

“If you are looking for brains, energy and dynamism in the Middle East, Israel is the only place you need to go,” Buffett said.

He added: “You can tell prospective investors that I would have taken a perpetual bond if you had offered one. I believe Israel is going to be around forever.”

In 2013, Buffett made the Israeli firm Iscar his first foreign acquisition, buying the remaining 20 percent of the metalworking company after having acquired 80 percent in 2006.

Later in the same year it was announced that he would donate $10 million to the Rambam Hospital in Haifa.