Moving to Canada? What Jews need to know 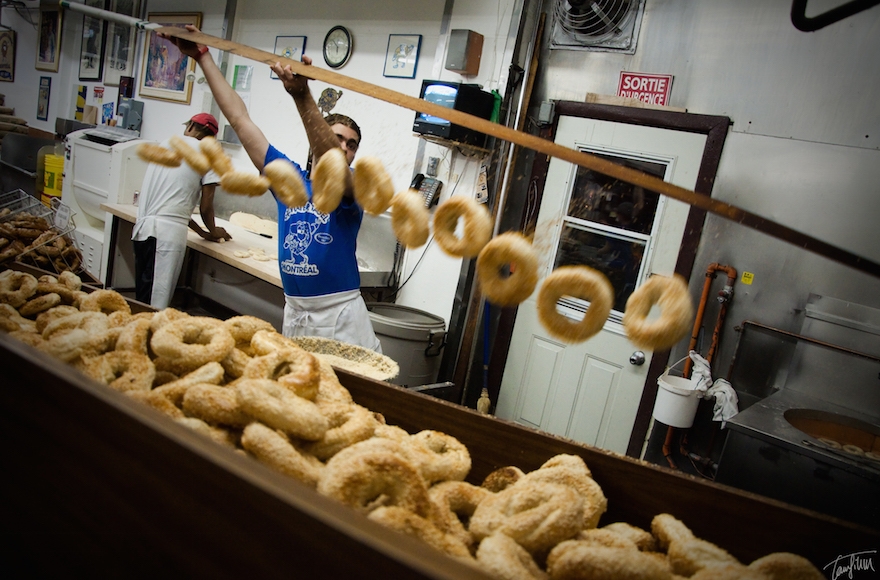 Montreal bagels — like those at the legendary St. Viateur Bagel Shop — are a plus if you're thinking of moving to Canada. (Creative Commons)
Advertisement

If you’re an American toying with the idea of moving to Canada following the shocking election of Donald Trump, you are not alone. Canada’s immigration site has been crashing since Tuesday night, and the number of people searching with terms such as “Canada immigration” and “move to Canada” has spiked in the last week. Business Insider’s piece “How to move to Canada and become a Canadian citizen” has been viewed over 15 million times.

There are several reasons someone might consider a move to our chilly northern neighbor — among them, free health care, stunning natural beauty and its uber popular prime minister, Justin Trudeau.

But relocating to the land of the maple leaf would also be comfortable for American Jews, in particular. In a steady upward trend over the past century, Canadian Jews have become the fourth largest Diaspora community in the world, behind only the United States, Britain and France.

So if you are among those thinking the grass might be a little greener elsewhere now, here are some basic facts to give you an idea of what Jewish life is like in Canada.

According to a 2014 report by the Jewish Federations of Canada (based on the country’s 2011 National Household Survey), there are about 391,665 Jews living in the country. As of Jan. 1 of this year, Canada’s total population is 36,048,500. That means Jews make up about 1.1 percent of the Canadian population.

There are really good bagels.

The Montreal bagel may be thinner, sweeter and crispier than its New York counterpart — they’re boiled in water with honey, then finished in wood-fired ovens — but they’re no less tasty. Historians say the Montreal bagel was pioneered by Chaim Seligman, an immigrant from Russia who set up shop just off “the Main” — the common nickname for the city’s bisecting thoroughfare, St. Laurent Boulevard — around 1900. Montreal is also known for its distinct style of smoked deli meat, a smokier and richer cousin of pastrami.

The majority of Canadian Jews live in the province of Ontario.

About 226,610 Jews, or 57.9 percent of all of Canadian Jewry, live in the Ontario province. Its capital, Toronto, is Canada’s largest city and the country’s financial and cultural hub. It’s also the center — sorry, centre — of Jewish life. And then there’s Ottawa — well, that’s another city in Ontario.

In addition to magnificent Jewish food, Montreal is home to large Mizrahi, Sephardic, Hasidic and other diverse Jewish communities in the Mile End neighborhood and along The Main. The Spanish and Portuguese Synagogue in the Snowdon neighborhood dates to 1760, making it the oldest Jewish institution in Canada.

Plus, there’s a notable Latin American Jewish population in Winnipeg, the capital of Manitoba. The Jewish Federation of Winnipeg has brought over 500 Jews from countries such as Argentina, Brazil, Chile and Mexico in recent years. JTA reported in 2014 that some of these newcomers were drawn to Canada’s economic opportunity and security.

There are, of course, a number of famous Jewish Canadians, including “Degrassi” alum turned rap superstar Drake, comedic actor Seth Rogen and folk legend Leonard Cohen. But there are several A-list names that you may not know as Canadian Jews, including Rush’s singer/bassist Geddy Lee (born Gary Lee Weinrib), author Naomi Klein and architect Frank Gehry. The Bronfmans, a major Jewish philanthropic family, also hail from our northern neighbor.

There’s an NHL trophy named for a Jewish doctor.

If you’re seriously thinking of moving to Canada, become acquainted with ice hockey. In 2010, one survey found that over 80 percent of Canadians watch the sport consistently.

Jews have not traditionally excelled at the rough sport. But it’s symbolic of how Jews are integrated into Canadian culture that the Hart Memorial Trophy — the National Hockey League’s award for most valuable player — is named after Dr. David Hart, who was a direct descendant of one of Canada’s first Jewish settlers and the father of Cecil Hart, a former head coach of the Montreal Canadiens.