FBI: Criminal hate crimes against Jews rose by 9 percent in 2015 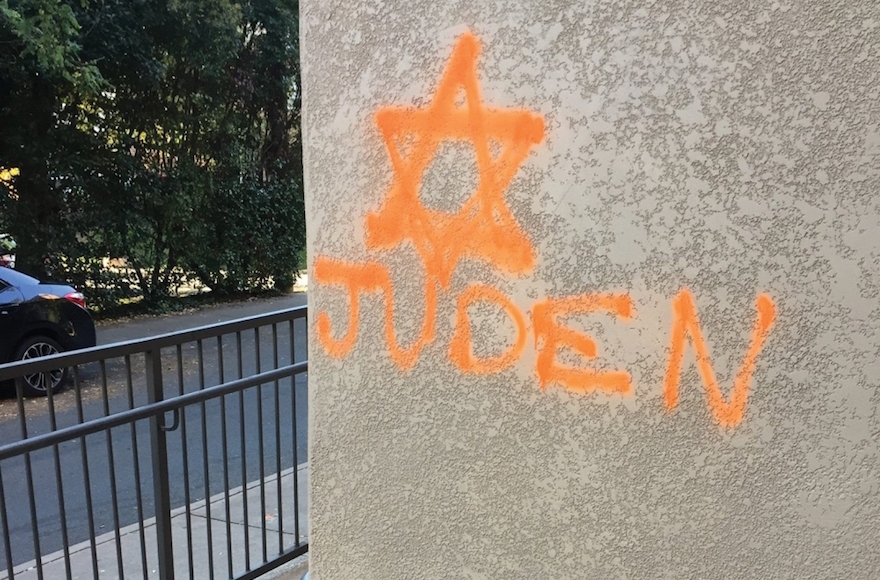 (JTA) — A rise in hate crimes against Muslims and Jews contributed to a 6.8 percent overall increase in 2015 incidents from the previous year, according to the FBI.

Anti-Muslim hate crimes reported to police rose by some 67 percent, to 215 incidents, from the 154 in 2014, the official FBI data released Monday showed. It marks the second highest number of crimes against Muslims since the national statistics began being reported in 1992. The highest number occurred in 2001, the year of the 9/11 attacks, with 481 incidents.

The FBI tracks over 30 different types of bias motivations within the categories of race and ethnicity, religion, disability, sexual orientation, gender and gender identity.

Also Monday, the Anti-Defamation League expressed “deep concern” over “ongoing reports” of anti-Semitic and other hate incidents in the wake of the 2016 election results last week.

Its Center on Extremism has been monitoring the proliferation of racist and anti-Semitic graffiti and vandalism across the country, including the use of swastikas and other Nazi imagery including the name of President-elect Donald Trump, as well as reports of assaults and harassment, the ADL said in a statement.

The ADL also established a mechanism in which the public can report anti-Semitic, racist or bigoted incidents, and encouraged social media users to promote the hashtag #ExposeHate.

“Sadly, the contentious tone from the 2016 election has translated into a moment of ripeness for the haters to deface properties across the country with some of the most unsettling anti-Semitic and racist imagery,” said Jonathan Greenblatt, the group’s CEO. “We must not let this troubling trend of hate define our society, which means that the onus is on our community leaders, religious clergy, elected officials and others to remain vigilant, report incidents when they surface and make clear that this level of vitriol will not be tolerated.”