Barbra Streisand appears pantless on the cover of W magazine 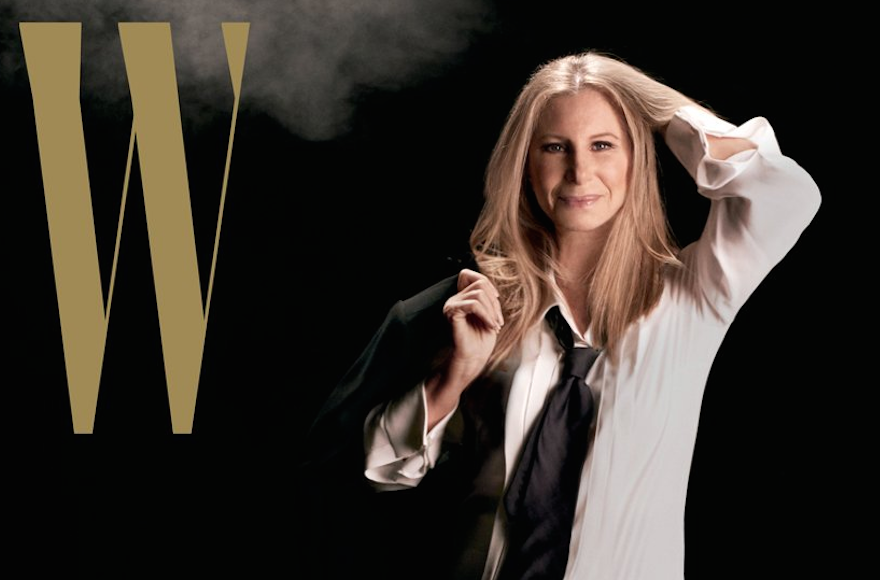 Wondering if Barbra Streisand still has it? Here’s your answer: At 74, she is featured on the cover of the December issue of W, an upscale fashion magazine published by Condé Nast. And without pants. 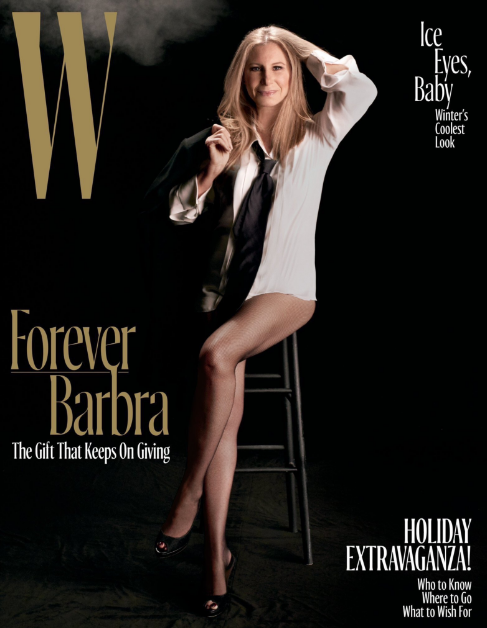 The legendary singer-actress shows off her long legs wearing only black stockings, and has on a white shirt with black tie. (In fact, as the accompanying article describes, she even asked the stylist to hem the shirt “up a fourth of an inch.”)

In the interview, Streisand reveals her first crush was on Marlon Brando and that her first kiss came at age 5 with one Irving Borookow on Pulaski Street in Brooklyn. Babs grew up in a Jewish family in the Williamsburg neighborhood.

Streisand is currently on tour, performing for sold-out stadium crowds, to promote her 35th album, “Encore: Movie Partners Sing Broadway.” The record, which features duets with the likes of Alec Baldwin and Anne Hathaway, debuted at No. 1 on the Billboard 200 chart in August.

When her album “Partners” debuted on top in 2014, Streisand became the only artist in history to have No. 1 albums in six decades.

Streisand told W’s Lynn Hirschberg that she is working on an autobiography. Nonetheless, she said, “it’s very boring to dwell on yourself.”