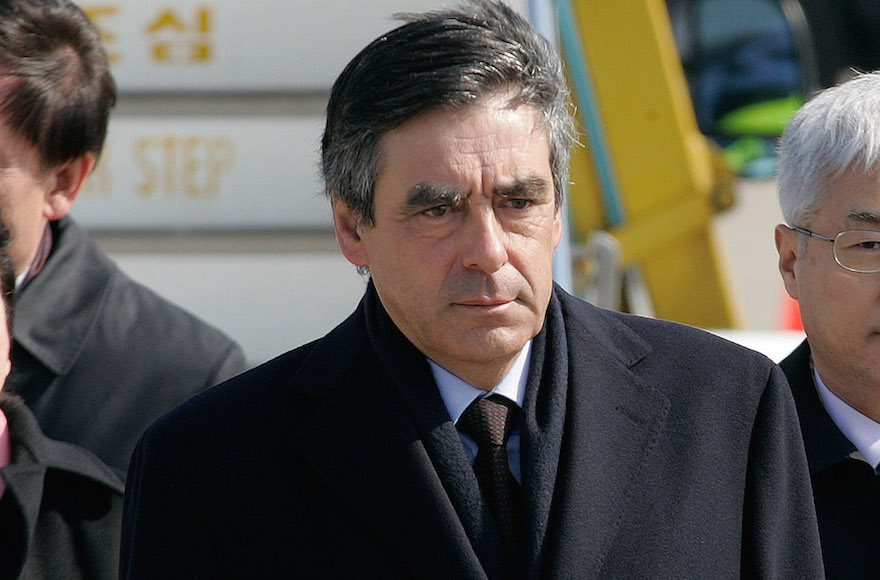 Fillon, a former prime minister who this week won the first round of the presidential primary in France’s center-right Republicans party, made the assertion during an interview Wednesday with Europe1 radio, in which he cited Jews as proof that Muslims may become better integrated.

“I think that sectarianism is increasing today within the Muslim community and that the sectarianists are taking that community hostage,” said Fillon.

“We need to combat this sectarianism and we need to do it as we have in the past,” Fillon continued. “We fought against a form of Catholic sectarianism or like we fought the desire of Jews to live in a community that does not respect the laws of the French Republic.”

Fillon did not elaborate on when he believed French Jews did not wish to respect the law.

Fillon, who knocked out former President Nicolas Sarkozy in the first round of voting on Monday, will face off against another former prime minister, Alain Juppe, in the second round of primaries next week. The first round of the general election is scheduled for April, 2017.

“The law of the land is the law – a Talmudic saying which requires Jews since antiquity to respect the laws of the land where they live,” the group tweeted shortly after the airing of the interview.

The winner of the second round of the Republicans primary is widely believed to be in a favorable position to win the French presidency. The Republicans is the new name of the center-right UMP party of former presidents Sarkozy and Jaques Chirac.