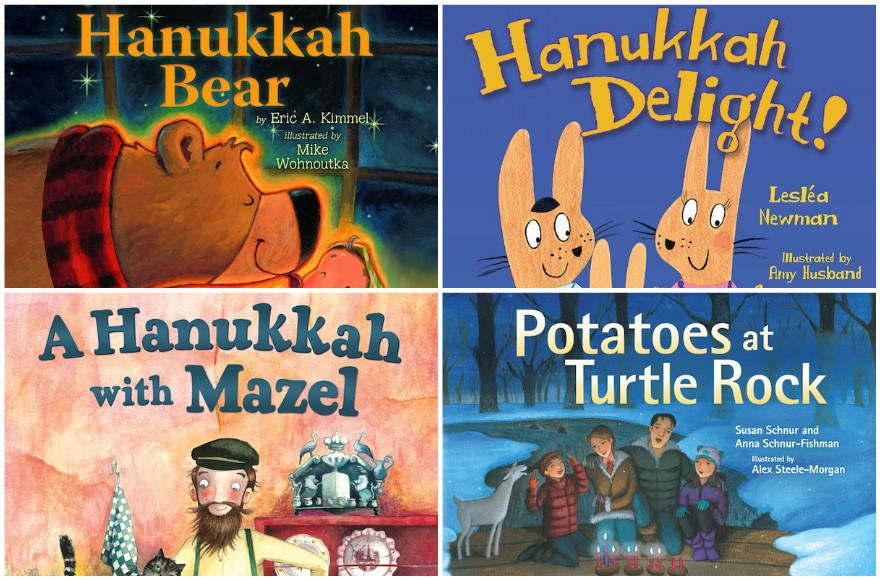 (JTA) — From a new audio version of “Hanukkah Bear” — a holiday favorite by National Jewish Book Award winner Eric A. Kimmel — to a novel for young teens set during the Festival of Lights, there is a fresh crop of Hanukkah books that are sure to delight young readers of all stripes.

The first Hanukkah candle is kindled this year on the evening of Dec. 24. So if you’re looking to enliven and enlighten your Hanukkah — or simply just send the perfect gift to a loved little one — look no further than these six new books. 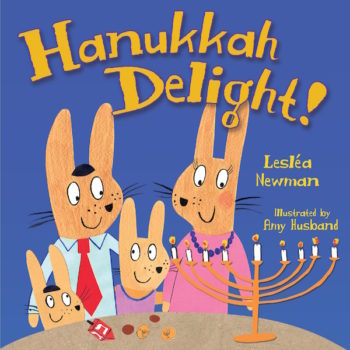 Toddlers and preschoolers will have fun celebrating Hanukkah with a family of bunnies, an owl, kitty and even a friendly alligator in this delightful rhyming board book that’s perfect for introducing young ones to the rituals and traditions of the holiday. Award-winning writer and poet Leslea Newman (“Heather Has Two Mommies”) and artist Amy Husband capture the warmth of Hanukkah’s glow with gleaming candles, crispy latkes and “Dreidels spinning through the night, chocolate gelt — come take a bite.” 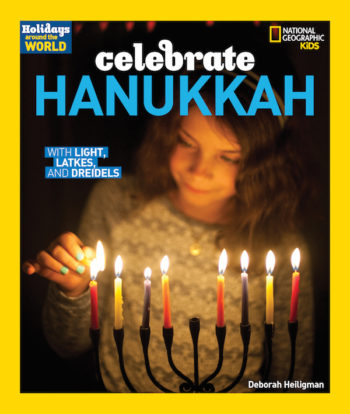 The glow of Hanukkah radiates in this global tour of the Festival of Lights, with stunning photographs from India, Israel, Uganda, Poland and more. The straightforward text traces the ancient roots of the holiday, as well as explains the rituals and blessings said while lighting the menorah. Part of National Geographic’s “Holidays Around the World” series, “Celebrate Hanukkah” allows readers to discover the meaning behind holiday traditions, as well as the ways different families celebrate around the world. In this updated version of the 2008 edition, Heiligman explores the themes of religious freedom and the power of light in dark times. 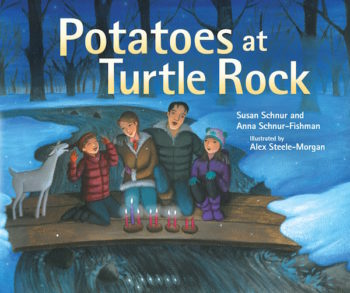 In this enchanting fictional tale, Annie leads her family – along with their goat and chicken —  on a Hanukkah adventure. It’s a snowy winter night in the woods near their farm, and as they stop at various locations, Annie poses Hanukkah-related riddles: How did their great-grandfather keep warm during the long winter in the shtetl? (With hot potatoes.) Why is it so dark? (There is no moon in the sky on the sixth night of Hanukkah.) What do they use for a menorah out in the woods? (Potatoes!) Along the way, the family lights candles, recites the blessings, enjoys some tasty treats and, in the end, shares a prayer of gratitude for the blessings of Hanukkah.

This is the second Jewish holiday book set at Turtle Rock by the mother-daughter team who also co wrote “Tashlich at Turtle Rock” — both based on the family’s real-life holiday traditions. Aside from being a writer, Susan Schnur is a Reconstructionist rabbi. The book, she told JTA, reflects her conviction as both a parent and rabbi that when children are empowered to create their own rituals, they find meaning in Jewish holidays.

A Hanukkah with Mazel 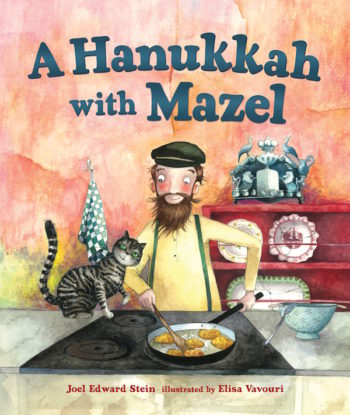 “A Hanukkah with Mazel” (Kar-Ben Books)

In this heartwarming tale set in the outskirts of an Old World shtetl, a kindhearted but poor artist named Misha adopts a cat who turns up in his barn one cold, snowy night during Hanukkah. Misha names his new black-and-gray-striped feline friend Mazel — “good luck” in Yiddish. Misha has no Hanukkah candles, but he finds a creative way to celebrate the Festival of Lights using his paints and brushes. However, when a peddler arrives at Misha’s home on the holiday’s last day, he recognizes Mazel as his lost cat, Goldie. In the uplifting ending, the two find hope for the future, with the peddler offering to sell Misha’s paintings and Misha taking care of Mazel while the peddler travels. Kids will have fun following the playful Mazel, who turns up in every scene in artist Elisa Vavouri’s large, vivid  illustrations.

Dreidels on the Brain 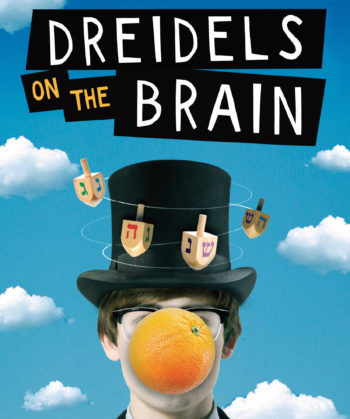 “Dreidels on the Brain” (Dial Books)

Meet Joel, an awkward yet endearing 12-year-old boy who is looking for Hanukkah miracles in Temple City, California, where he lives with his family. In the opening pages, Joel tries to strike up a conversation with God, looking for some sign of better things to come — his life, so far, has had its share of disappointments and hard times. Author Joel ben Izzy brings his award-winning storytelling style to this tale that unfolds during eight days of Hanukkah in 1971, as Joel navigates home, friends and school, where he is the only Jewish kid. His Hanukkah takes a downward spin when Joel’s family is invited to light a menorah in front of the whole school — he’s worried about being embarrassed, but bigger worries follow when Joel’s father is hospitalized.  Joel eventually discovers that magic and miracles may come in unexpected ways. Readers will have fun with the dozens of inventive spellings of Hanukkah, including “Chanyukah” and “Kchkanukkah.” The novel is loosely based on the author’s childhood — ben Izzy described himself in an email to JTA as a “nerdy 12-year-old magician” who was the only Jewish kid in his school. 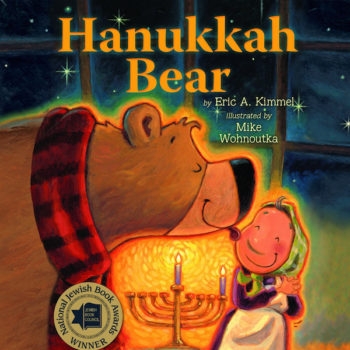 On the first night of Hanukkah, one huge, hungry bear smells Bubbe Brayna frying her legendary latkes. The bear shows up at her door — at the same moment, it happens, that she’s expecting the village rabbi. Thanks to her poor eyesight, a fun-filled case of mistaken identity ensues as Bubbe Brayna thinks the bear is the rabbi; she feeds him latkes and insists he play a game of dreidel and light the menorah. This book won a National Jewish Book Award in 2013 and now young children can snuggle up to this newly recorded audio version.