Shmuley Boteach tweets photo with Bannon, gets into one-sided feud with ‘Ellen’ producer 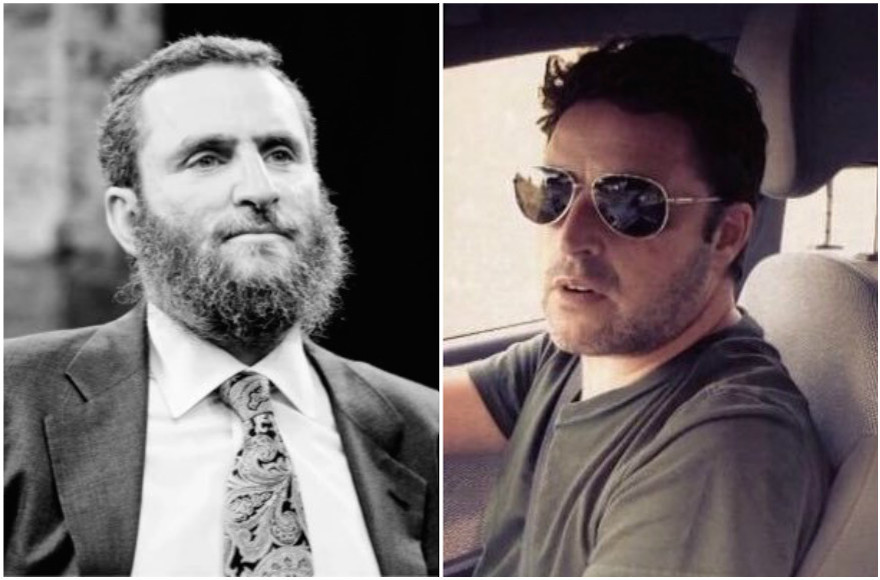 Rabbi Shmuley Boteach found himself flooded with angry tweets after he shared a photo of himself with Stephen Bannon, Donald Trump’s controversial senior adviser. But one detractor, Andy Lassner, an executive producer of “The Ellen Degeneres Show,” seemed to especially irk the celebrity rabbi, launching him on a tirade in which he mentioned that he knew some of Lassner’s “secrets.”

It all started Wednesday evening when Boteach shared the picture on Twitter with Bannon, who has been denounced by some Jewish groups for his links to the “alt-right,” a far-right movement whose followers traffic variously in white nationalism, anti-immigration sentiment, anti-Semitism and a disdain for “political correctness.” Bannon has called Breitbart News, the conservative news website where he previously served as chairman, a “platform for the alt-right,” but denied being an anti-Semite or white supremacist.

Boteach’s tweet led to a barrage of angry responses.

@KFILE @realDonaldTrump I am daughter of holocaust survivor, How dare you. Shame on you!!!!!!!!!!

When the @realDonaldTrump deportations begin, none of us will want you in our boats.

But Boteach seemed especially bothered by Lassner, who called him “shameless” and said he “only cares about fame.”

He's shameless and only cares about fame.

Boteach accused the Jewish “Ellen” producer, whom he called “my old friend,” of engaging in “smear campaigns.”

Lassner issued no response, but that didn’t deter Boteach, who went on to mention that he knew Lassner’s “secrets.”

Good thing we know each other's secrets Andy. You know what they say about people in glass houses…. https://t.co/HJM9tApwjI

Boteach continued attacking Lassner well into Thursday, accusing him of spewing “so much hatred” and being an “internet troll.”

How does @TheEllenShow which is respectful of people & inspirational allow its exec prod @andylassner 2 spew so much hatred on the internet?

Yes I do. Well. He can dislike anyone he wants but has no right to become an internet troll spewing hatred and personal attacks. Be positive https://t.co/hCU5AweqtI

Lassner, for his part, seemed to have moved on. By that afternoon he was busy pondering why Jewish pride seems to surge around Hanukkah.

It's interesting that my kids are never more proud to be Jewish than when 8 days of Chanukah gifts are coming.