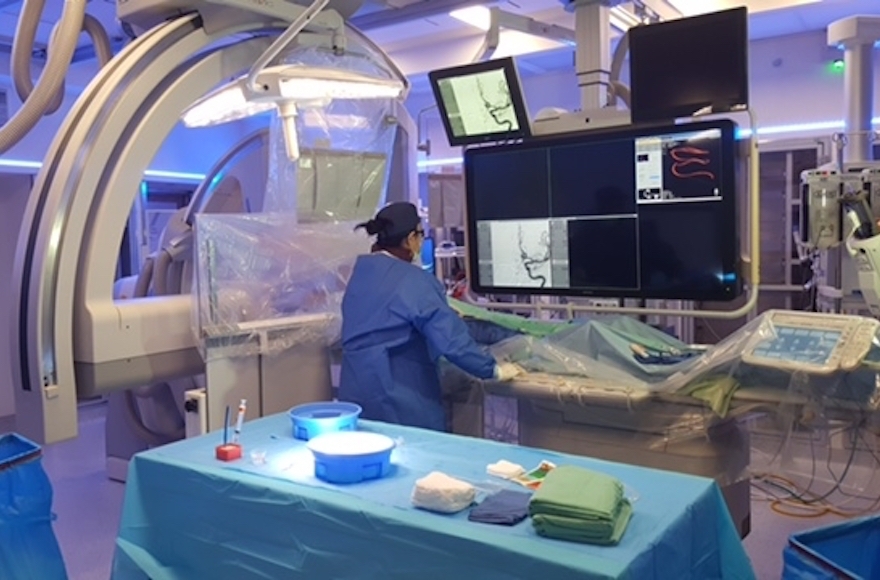 More than half a million viewers watched the broadcasts Tuesday from Soroka Medical Center Facebook Live. Facebook visitors have continued to watch and share the videos on the social networking site in the hours since the surgeries.

The videos were screened on the Facebook page of Clalit, one of Israel’s four health care networks. Soroka, the only major medical center in the Negev region, serving more than 1 million, is a Clalit hospital.

In one procedure screened, doctors during a three-hour operation successfully removed a benign tumor from a woman in her 50s. The patient is recovering at the hospital.

The patient agreed to be filmed to enable the public to learn about the work of Soroka doctors and the brain center that opened recently at the medical center, according to a hospital spokesman.

The surgeries were screened in conjunction with the Israel Healthcare Foundation, a U.S.-based not-for-profit organization that promotes the national health needs of Israel.